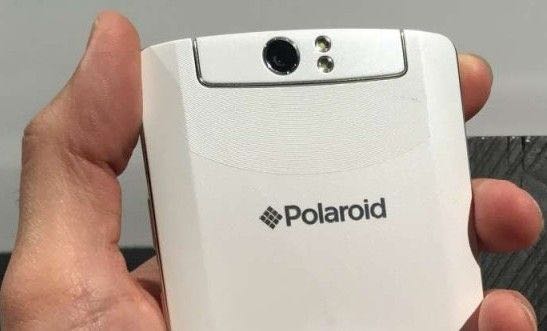 A legal battle is brewing between OPPO and Polaroid following the release of Polaroid’s Selfie smartphone at the International Consumer Electronics Show in Las Vegas.

The area of contention is the smartphone’s swivel camera design which allows the lens and flash to be aimed forward and also back towards the user.

But it wasn’t long after Polaroid revealed the Selfie smartphone that OPPO noticed the obvious similarity and released a statement to the media.

“During CES 2015, it was reported that the Polaroid Selfie smartphone has a remarkably similar design to the patented rotating camera phone, the OPPO N1,” an OPPO spokesperson said.

“OPPO has not licensed the design of the rotating camera to any third parties. We will continue to keep track of the situation and reserve the right to take further legal action.

“OPPO is committed to delivering our customers the best possible user experience, and we take great pride in our meticulous design and smart devices.”

OPPO is not the first company to use a swivel camera so while the concept is nothing new, OPPO’s design certainly is and that is where the company has found issue with Polaroid.

Polaroid reportedly rebranded a 5.5-inch Android device manufactured in China called iNew as the Selfie smartphone and looks like an OPPO N1 clone.

It appears all Polaroid did was simply put its logo on the back of the device before showing it off at CES in Las Vegas last week.

Official legal action is yet to commence with OPPO still considering its position in the US.