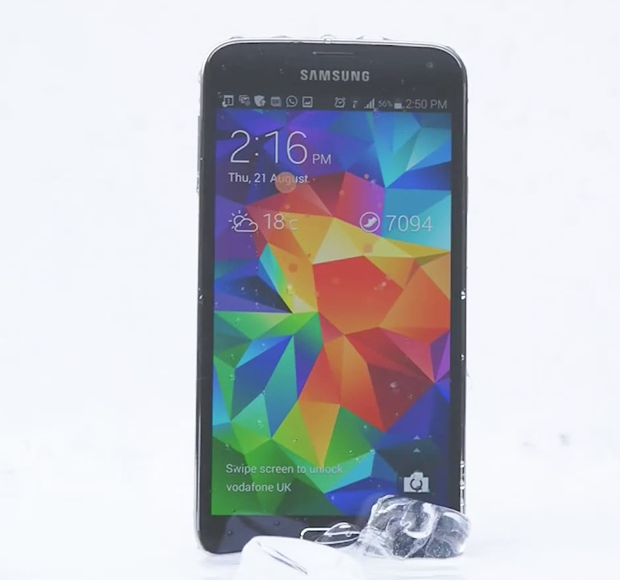 The ice bucket challenge has swept social media to raise money for Motor Neurone Disease (MND) with celebrities, sporting men and women and CEOs getting dunked and nominating others to do the same.

Samsung jumped on the opportunity with the new Galaxy S5 which is completely waterproof.

In the video, the device speaks in a computerised female voice and says “gosh, that’s freezing” after the icy water is poured over it.

But the cheekiest part of the video is when the Galaxy S5 nominates Apple’s iPhone 5S, the HTC One M8 and the Nokia Lumia 930 – none of which are waterproof.