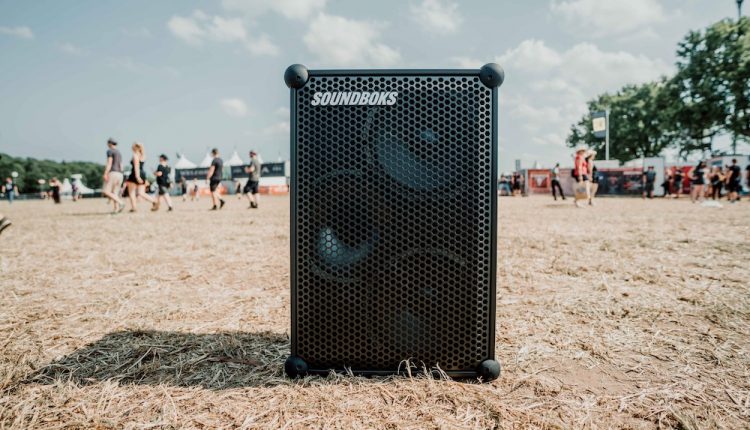 The Soundboks speaker can hit 126dB which is not far off the volume of a jet taking off or an ambulance siren. 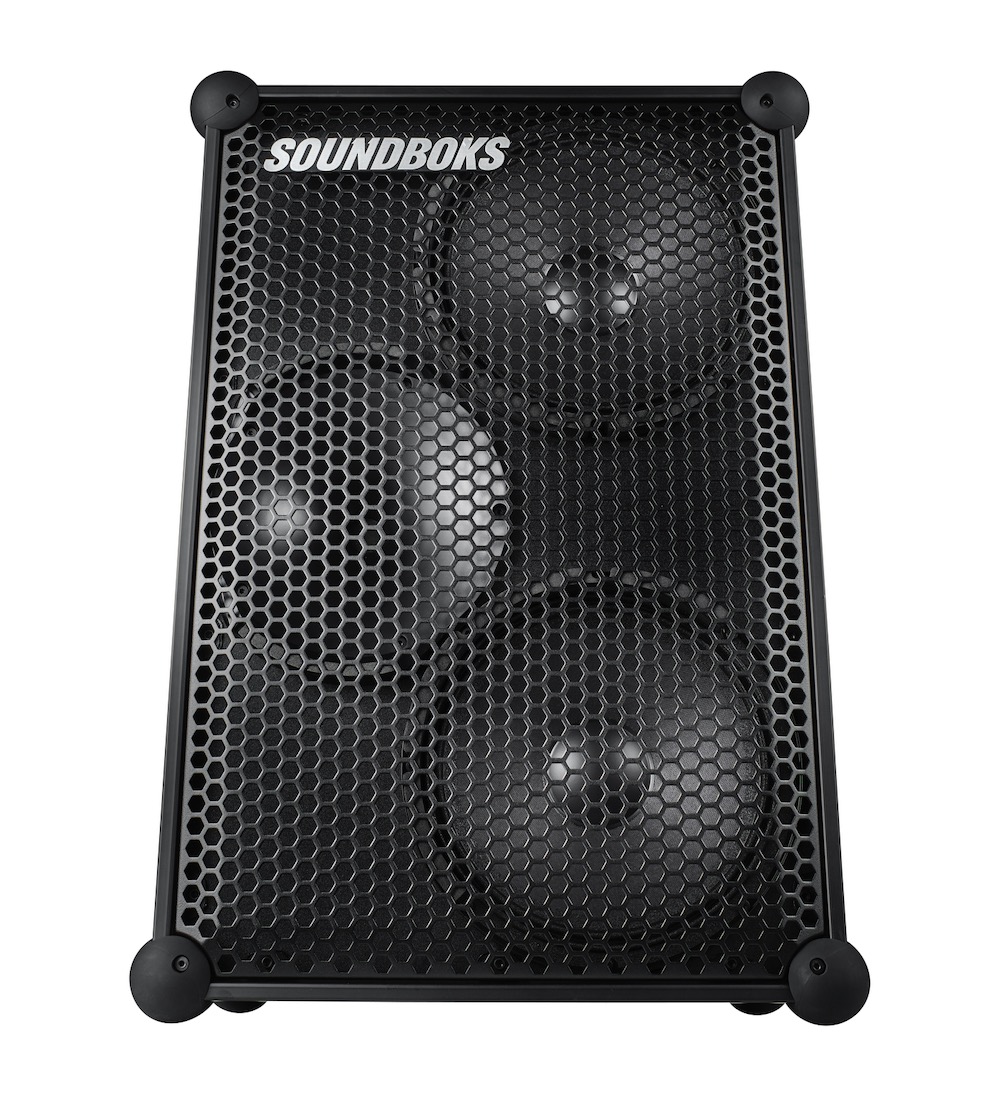 The Eximo amp switching system is the secret sauce that makes the speaker capable of achieving such high volumes.

There are three 72W RMS class D amplifiers along with two 10-inch 96dB woofers and a one inch 104dB compression driver tweeter. 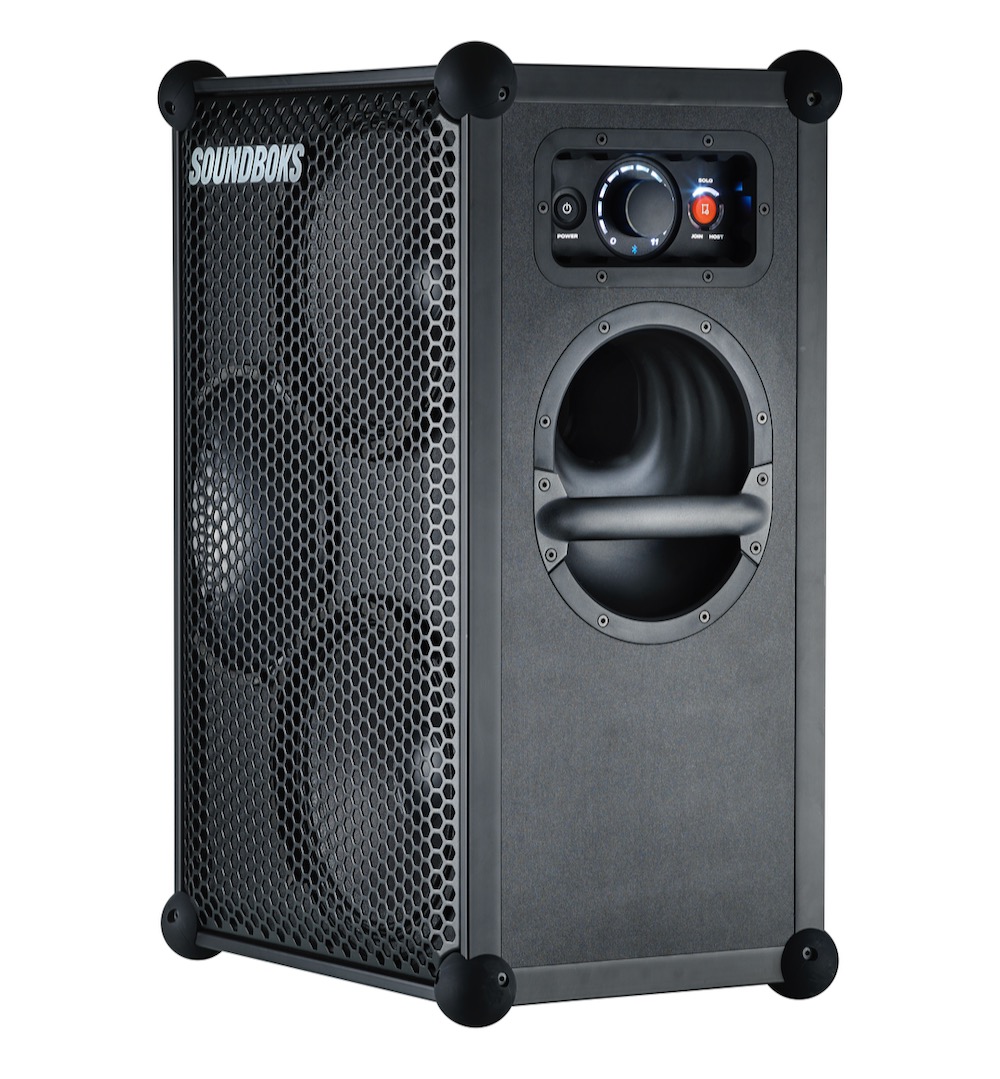 With a no-nonsense design and a pro panel for connecting mics, DJ mixers and instruments, the Soundboks is all about being the life of the party.

Under the hood is a uniquely-designed Pulse Reflex Port which can provide better and fuller bass and output without compromising durability and splash resistance. 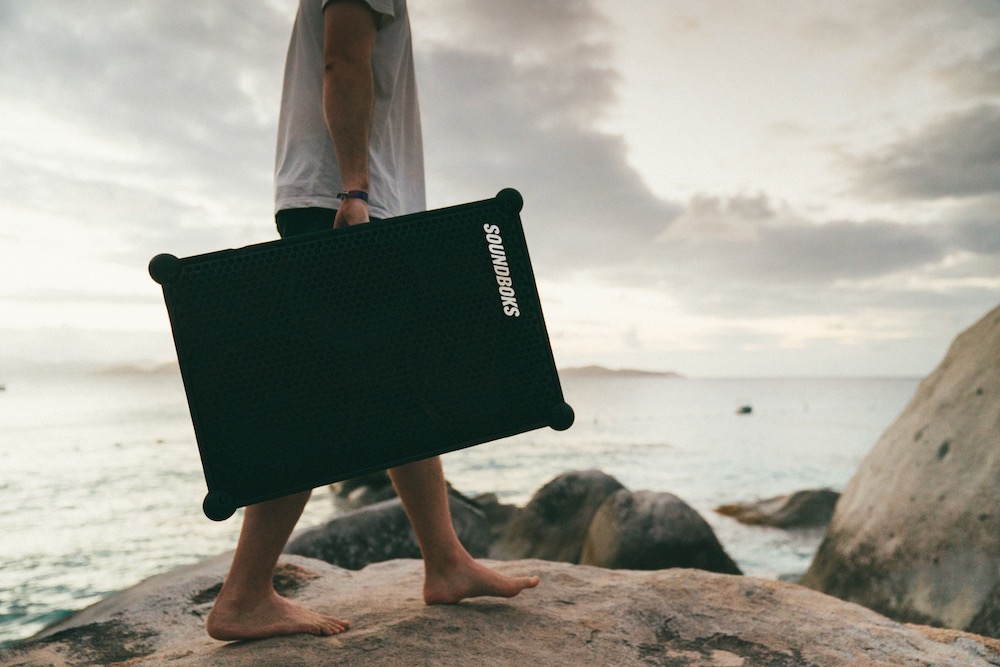 That’s right, Soundboks is built for the outdoors and is extremely durable. It has an IP65 rating.

It connects wirelessly via Bluetooth to your mobile device so you can stream the music that’s on your smartphone for all the world to hear.

The Soundboks has a companion app which allows for regular software updates and new features to be pushed out to the speaker.

And if just one Soundboks isn’t enough for you, it’s possible to wirelessly connect up to five speakers wirelessly for an even bigger and louder sound. 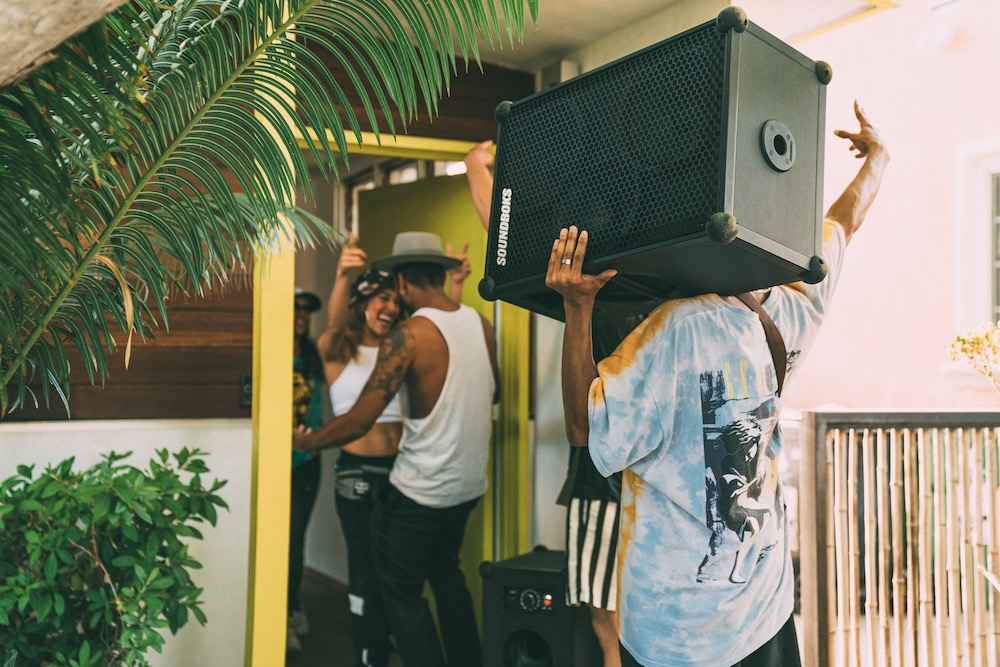 “We have finally created the speaker we always wanted,” says Jesper Thiel Thomsen, CEO of Soundboks.

“Over the past four years we’ve been integrating community feedback with the vision of the speaker we have always wanted to build; the result is the new Soundboks.

“We were very focused on creating an unmatched sound experience, wireless connectivity and battery life were critical for that. 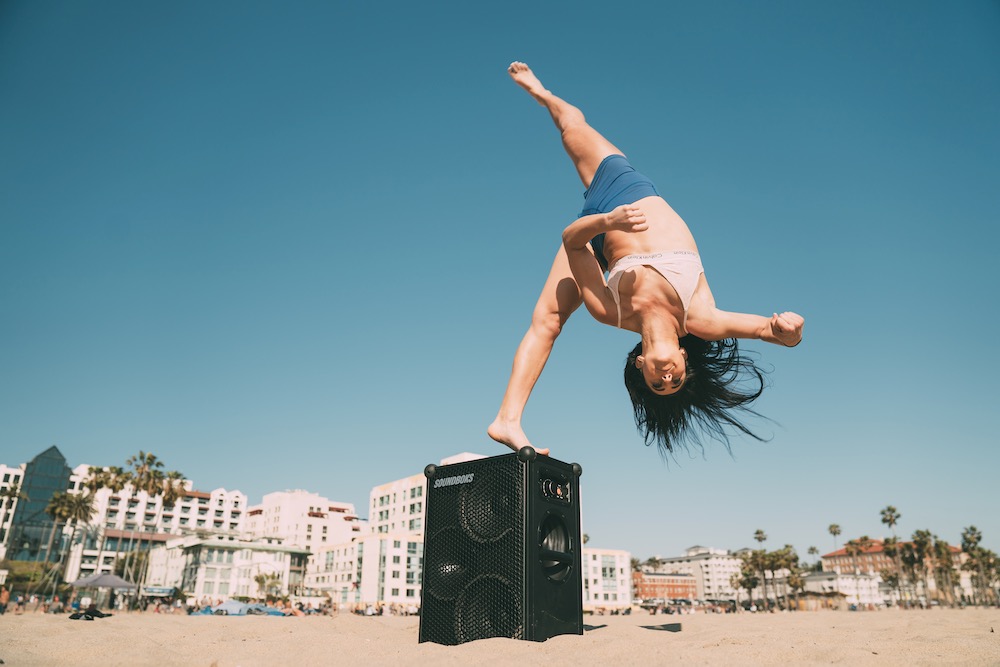 “We are really excited to bring this to our community and lead a new category of Bluetooth performance speakers.”

The Soundboks is the only Bluetooth speaker with a removable battery which can run for up to 40 hours on a single charge.

The Soundboks Bluetooth performance speaker is priced at $1,599.95 and is available from soundboks.com.au and JB Hi-Fi.

Tech And Fashion: How Smart Jewellery Can Be Both Practical And Stylish

10 Things to Consider When Shopping for a New Car