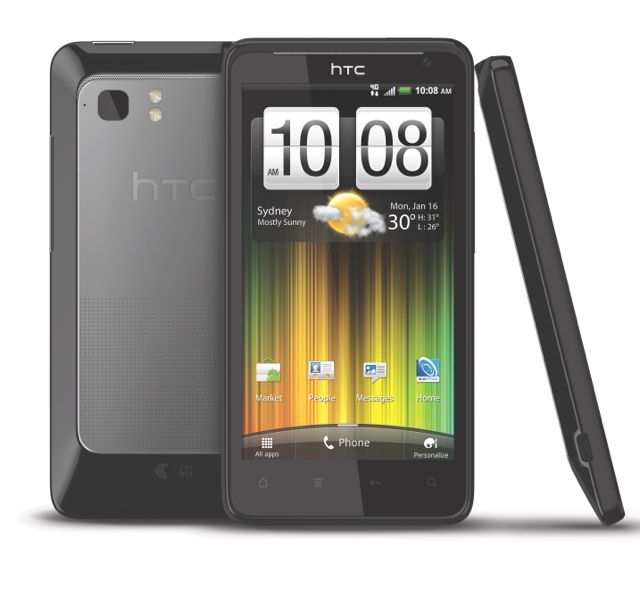 Australia’s first 4G handset – the HTC Velocity – is available now through Telstra with speeds up to five times faster than 3G.

These speeds are only available within Telstra’s 4G footprint which extends 5km around capital cities and 3km from up to 100 regional and metropolitan centres.

But the good news is that even when you’re not inside the 4G network the HTC Velocity can still offer up to twice the speed on 3G thanks to its dual band HSPA+ 3G connectivity.

You can check out Telstra’s 4G coverage map here.

The device is available for $0 upfront on Telstra’s $79 Freedom Connect plan which includes $800 of calls and MMS, unlimited SMS and 2GB of data.

Tech Guide has already received a HTC Velocity 4G for review and has already been impressed by the speed of Telstra’s 4G network as well as the device itself which features a huge 4.5-inch screen.

“The HTC Velocity 4G offers mobile internet speeds scarcely imagined a decade ago making it possible for people to enjoy more of the internet content they love direct from their smartphone screen,” said Andrew Vollard, Telstra’s director of mobile.

“The leap to 4G means customers in 4G coverage areas can load web pages up to five times faster than with earlier 3G devices, video chat with fewer interruptions and use more web services simultaneously.

“We’re excited to be bringing the next generation in mobile phone technology to Australia on the nation’s first 4G LTE network.”

Stay tuned for a complete review of the HTC Velocity on Telstra’s 4G network here on Tech Guide.

Apps to help fly the flag on Australia Day