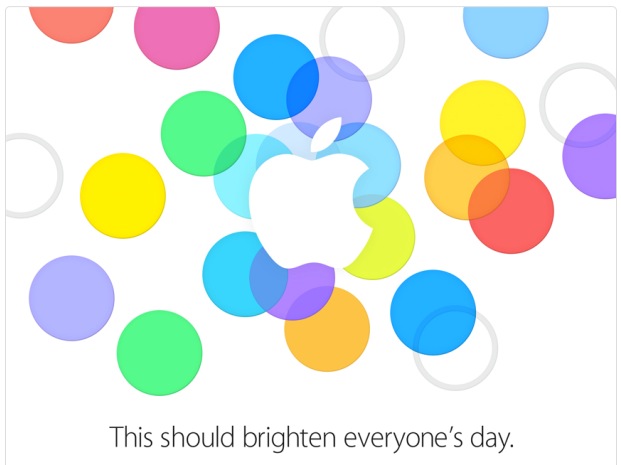 Apple has confirmed it will be holding a special media event in San Francisco on September 10 which is likely to unveil the latest models of the iPhone.

There has been much speculation that Apple will unveil a hero product – likely to be called the iPhone 5S and a more affordable entry level device that is reportedly named the iPhone 5C.

The event will take place at Apple headquarters in Cupertino and will kick off at 10am (3am Sept 11am AEST).

Also on show will be the new iOS 7 operating system which will be pre-loaded on the new iPhones and also available to download for existing iPhone users.

The iPhone 5S will likely have a faster processor, possibly even higher top memory capacity of 128GB and a higher quality camera.

There are also strong rumours to suggest the iPhone 5S will have a fingerprint reader built into a sapphire crystal home button.

The C in iPhone 5C is supposedly short for colour with the cheaper device available in a number of colours like the iPod fifth generation.

Apple has been missing a large chunk of market share because it was not offering a more affordable device at that entry level.

The iPhone 5C will likely have the same screen size and resolution but will not include Siri – the digital voice activated assistant – and a lower resolution camera.

There have also been reports that Apple will use the event to launch new models of the iPad and iPad Mini.

This is less likely because has always given both products equal prominence with their own launch events.