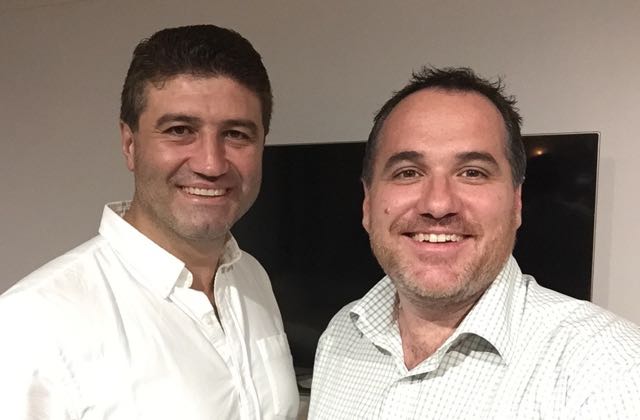 Episode 222 – is the very last episode of the popular Two Blokes Talking Tech podcast, with Tech Guide editor Stephen Fenech and EFTM’s Trevor Long, that you will hear – for the month of August.

The blokes will be on opposite sides of the world next week and, with the different time zones, they will be unlikely be able to get online at the same time.

The next episode – Episode 223 – will be recorded in Berlin where Stephen and Trevor will be attending the IFA tech trade show.

On this week’s Episode 222, the blokes take a look at the new Samsung Galaxy S6 edge+ and Galaxy Note5, the Vodafone mobile phone plan shake-up and the mobile phone tapping exposed on the 60 Minutes program.

Also on the show, the STM Grace collection of laptops and gadget bags aimed at women, Apple Pay and Coby Persin – the man behind he shocking viral video about the danger of social media.

In the minute reviews, we take a look at the Movie of the Day app and the Nespresso Lattissima Touch coffee machine by Delonghi.

The Grand Final in High Definition? It’s about bloody time!