Amazon has provided a glimpse inside its massive robotics fulfilment centre in western Sydney, the largest warehouse ever built in Australia, which is due to open early next year.

The Amazon robotics facility, the first in the southern hemisphere, is at Kemps Creek and will become Amazon’s second fulfilment centre in western Sydney and the sixth in Australia.

This will help increase Amazon’s capacity to process orders from around the country.

The facility spans 200,000 square metres across four levels which is the equivalent of 24 rugby league fields.

More than 4000 workers have been employed during the construction and fit out of the facility which includes 14 kilometres of conveyor belts and 2.5 kilometres of Amazon Robotics safety fencing. 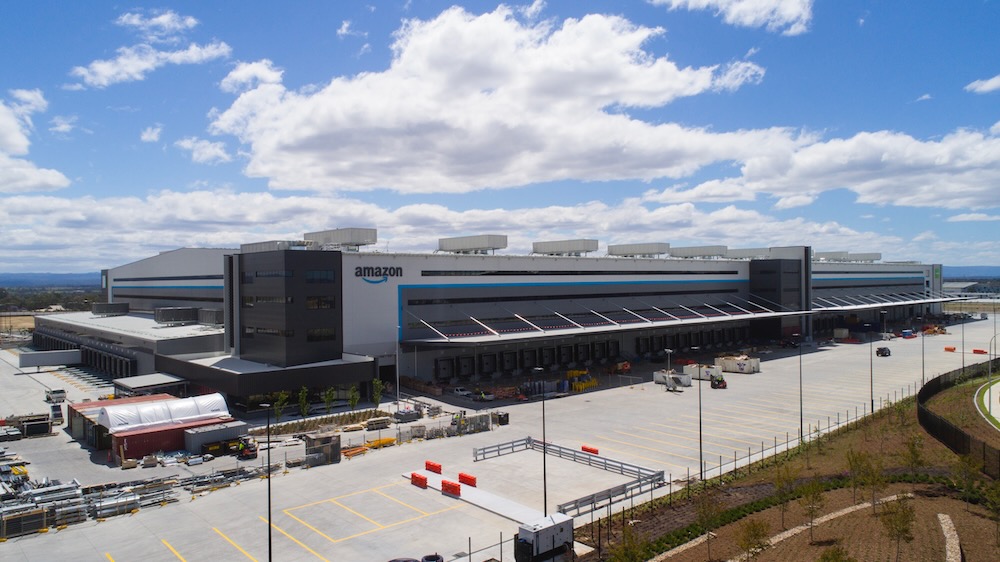 The robots work with employees by moving pods of products to them which reduces the time it takes to retrieve items that have been ordered and store new stock that comes into the building.

The robots also save space and allow for 50 per cent more items to be stowed per square metre which allows for increased product storage and selection.

There are more than 37,000 yellow storage pots which will house up to 20 million smaller items sold on Amazon.com.au including electronics, books, jewellery, pantry items and toys.

“The opening of this site will double our operational footprint in Australia while creating more than 1,500 local jobs in Western Sydney, with the opportunity to work alongside advanced robotics to deliver the ultimate in service for customers,” said Craig Fuller, Director of Operations, Amazon Australia. 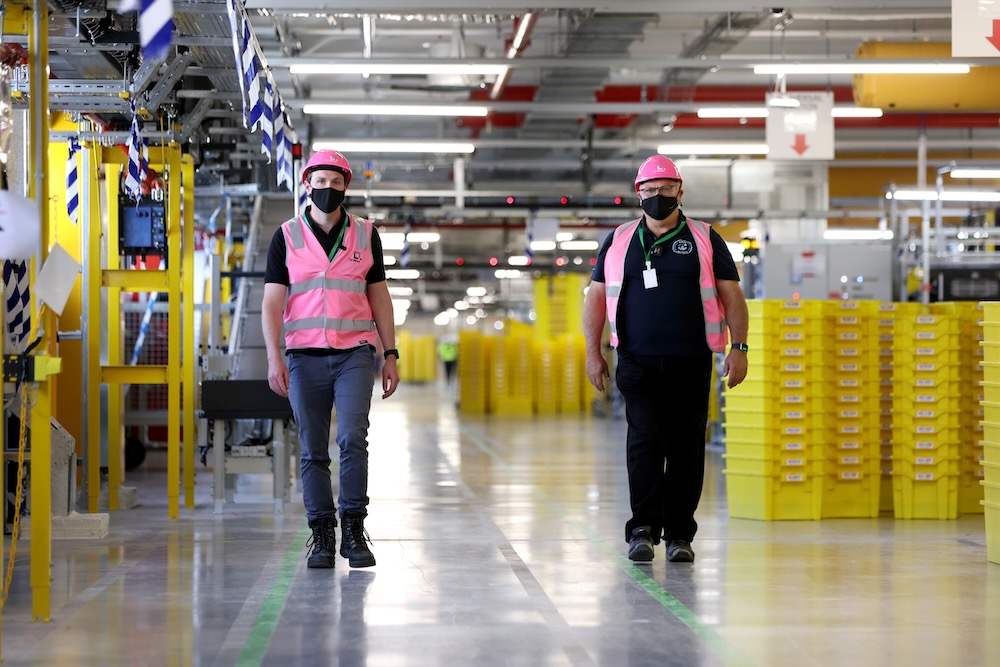 “The introduction of robotics enables us to exponentially increase our capacity for storing inventory, providing additional opportunities for the thousands of small and medium sized Australian businesses we support, while increasing product selection and improving delivery speed for our customers around the country.”

When the facility opens in 2022, there will be a range of job opportunities in the high-tech Amazon workspace including IT, HR and robotics professionals.

Some associates will work collaboratively with the robots to pick, pack and ship items to customers.

“We’re pleased to offer quality employment opportunities for people in Western Sydney in a safe and positive work environment, at a time when they are needed most,” Fuller continued. 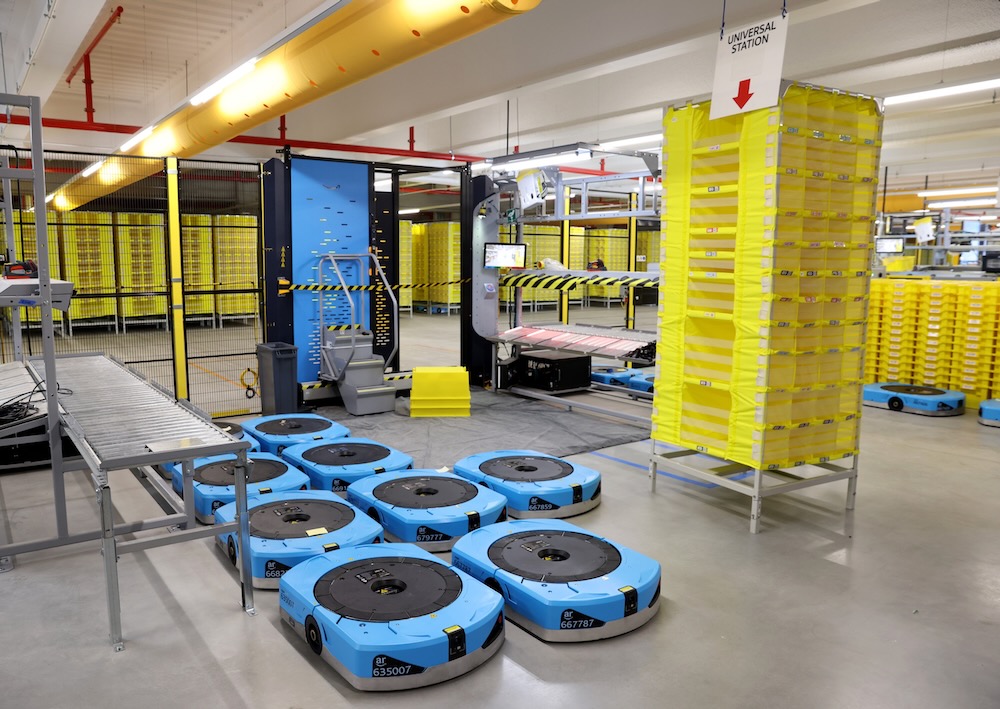 “Along with specialised positions in areas like robotics, we have a range of roles that don’t require formal qualifications and provide an opportunity to work alongside advanced technology and build a career at Amazon.

“We’re excited to welcome people from all backgrounds and experiences to our team in the new year.”

– This is the largest warehouse ever built in Australia.

– This will be the first Amazon Robotics site in the Southern Hemisphere.

– Total floor area of the building is around 200,000 square metres – around the same land size as Taronga Zoo, double the land size of Bondi Beach and the size of 24 rugby league fields.

– It will have capacity to house up to 20 million items.

– Around 14 kilometres of advanced conveyancing equipment has been installed to move inventory and packages around the building.

– Approximately 2.5 kilometres of Amazon Robotics safety fencing has been used to create the robotics fields.

– Around 130 employees from Amazon’s first Sydney fulfilment centre in Moorebank have been promoted and will transfer to the new Amazon Robotics FC.

– More than 4,000 workers will have been involved in the construction and fit out of the building.

– The site is within 12 hours drive of more than half the Australian population supporting fast delivery to customers.

– The building comprises of 13,500 tonne of Australian steel, 3,000 tonnes more steel than was used for Sydney Olympic Park Stadium.

– More than 200,000 nuts and bolts were used for installation of the structural steel frame.