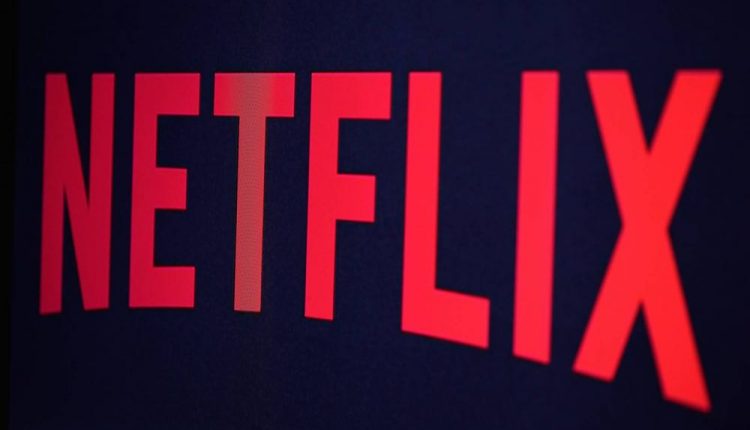 Which countries pay the most and least for Netflix

CompariTech has analysed the differences in the library size and the monthly cost of Netflix subscriptions around the world.

The study showed a huge difference among the 78 countries included in the research.

The site worked out the number of TV shows and movies available and added these two together and divided it into the monthly subscription price to determine each country’s cost per title per month.

The second part of the study looked at the cost per month of Netflix in each country and how this shapes up against other nations based on current exchange rates.

And the results were surprising. 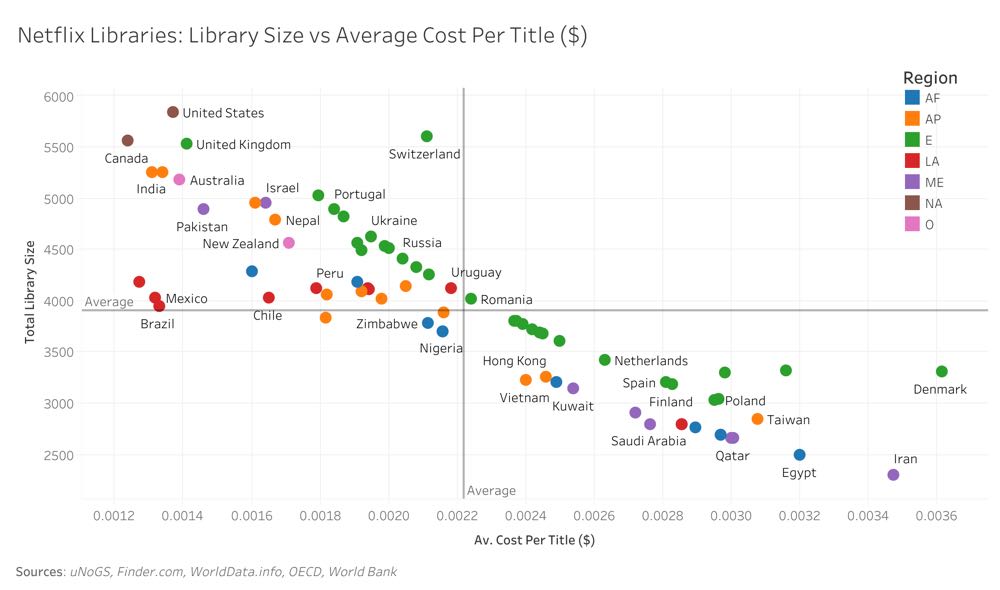 American Netflix viewers have the largest choice of titles but they don’t receive the best value for money.

Canada takes the prize for being the most cost effective nation to watch Netflix due to its cheaper price and number of titles available.

In comparison US and UK customers are paying 10 to 13 per cent more per title respectively than Canadian customers.

So where does Australia fit in? 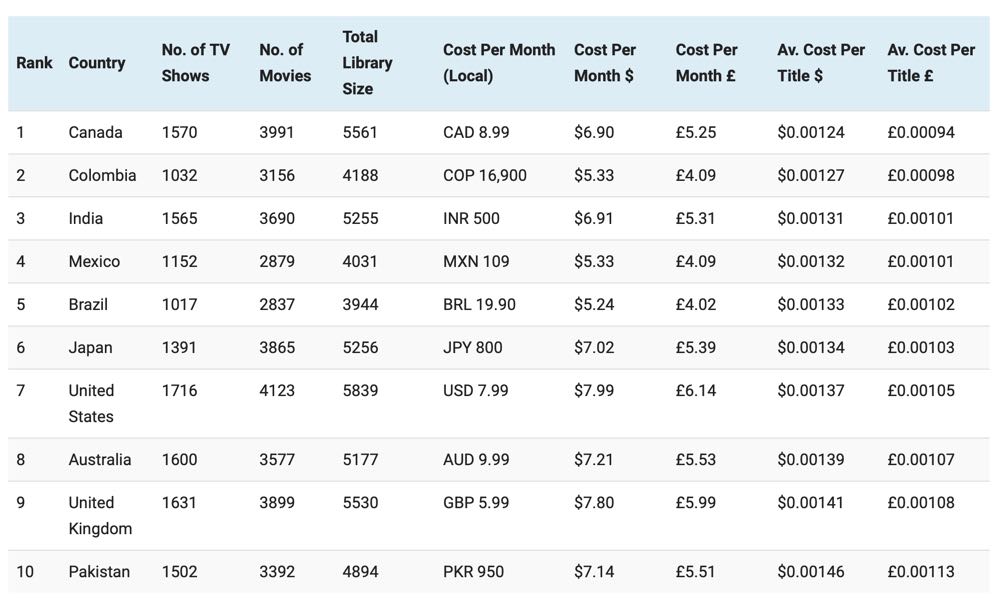 Australia ranked a respectable 8th on the scale when it comes to Netflix value for money, pipping the UK which came in 9th.

The report showed that both the number of titles available and pricing can vary widely between countries.

Denmark which has nearly half the library size of Canada still pays 100 per cent more per title compared to Canadian Netflix customers and about 90 per cent more than the US and UK.

The cheapest place in the world to watch Netflix’s Brazil at a cost of $US5.24 per month – around 40 per cent cheaper than the US and the UK.

On a cost per month basis, the US and the UK rank as the 23rd and 18th cheapest respectively. 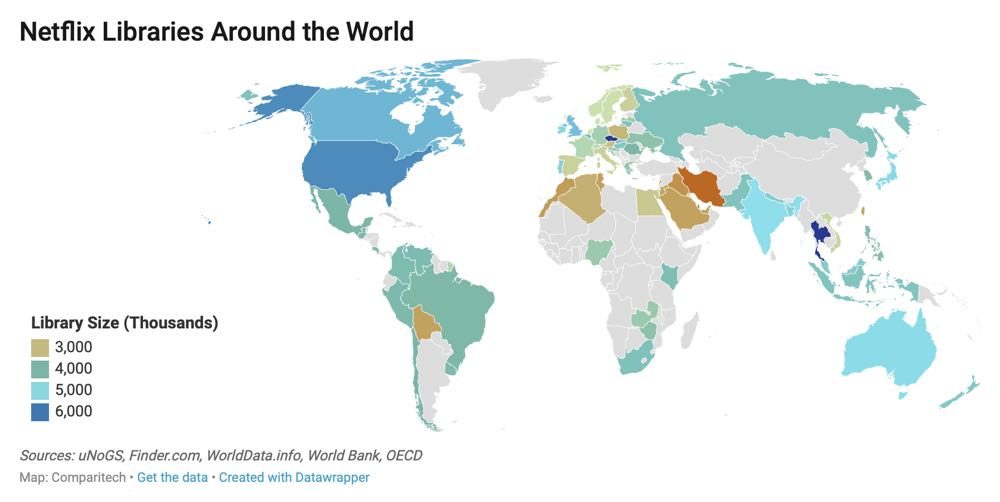 CompariTech says this is due to Netflix using the profits from these larger markets to subsidise growth in other parts of the world.

Recent subscriber data revealed by Netflix show that more people are signing up to its premium services.

According to these figures 30 per cent of subscribers use the premium service – an increase of 21 per cent since the end of 2017 despite the price increase in October 2017.