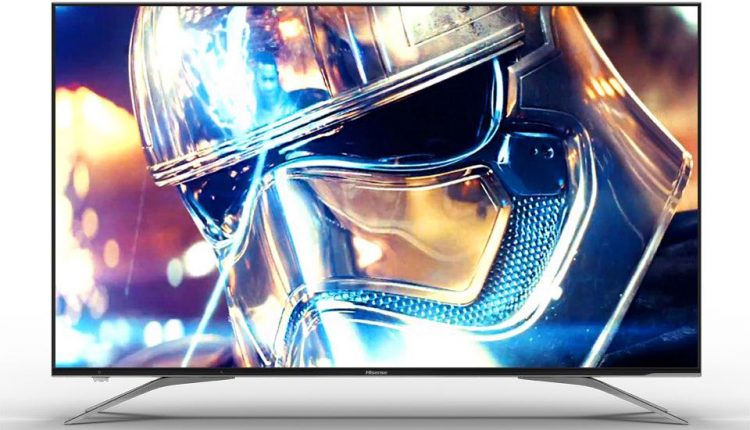 Hisense will introduce its first range of OLED TVs in Australia to complement its popular line-up of ULED TVs which have also been updated with a number features to deliver even higher picture quality.

The announcement was made on the eve of the International Consumer Electronics Show in Las Vegas where the company will be displaying its latest products.

OLED (organic light emitting diode) is a self-lighting format which therefore requires no backlight and allows for super thin and lightweight designs.

Hisense is sure to take advantage of this when it finally reveals its OLED TV in the coming months.

It is unknown whether Hisense will be producing its own OLED panels or sourcing them from LG Displays, the premier OLED producer who also supplies Panasonic and Sony.

“In 2017, we experienced the strongest demand ever in the Australian market for our premium ULED 4K products,” said Andre Iannuzzi, Head of Marketing at Hisense Australia. “We’re thrilled to complement our already successful ULED range by providing Australian customers with even greater choice in the Hisense premium range – the Hisense OLED TV.”
“Hisense aims to provide our customers with the latest technologies and the introduction of OLED in our TV line-up is yet another example of how we are responding to consumer demand by offering a choice of both leading technologies.”

Hisense had a tremendous year in the Australian TV market in 2017 in Australia and it will be following up that success with the 2018 ULED Series 9 which will include 1000 different zones of local dimming to improve contrast and black levels.

Other technologies onboard the new Hisense ULED TVs will include Smooth Motion to eliminate motion blur, image shimmering and unwanted pixilation.

Also onboard will be Quantum Dot which is inserted between the backlight and the LCD to improve the colour gamut and allow for more detailed imagery.

With the 2018 Hisense ULED Series 9, users will also find HDR (high dynamic range) and Ultra 4K resolution and the improved Smart TV platform with VIDAA U 2.5.

VIDAA U 2.5 is an intuitive interface which can be personalised to suit your viewing needs.

It has also been improved for faster boot times so you can get to your favourite programs as soon as you switch on the Hisense TV.

There is also a new mobile app for iOS and Android users which can act as a virtual remote control and allow customisation of your favourite apps, channels and inputs.

“Our customer feedback to our ULED range has been overwhelmingly positive and we are always looking for opportunities to evolve our technology to ensure it remains at the forefront of the television industry,” Iannuzzi said.

“The enhancements Hisense has made to its 2018 ULED 4K range continues to provide Australians with feature-packed, high quality products.”

Pricing and availability for the new range of Hisense TVs in Australia has yet to be confirmed.