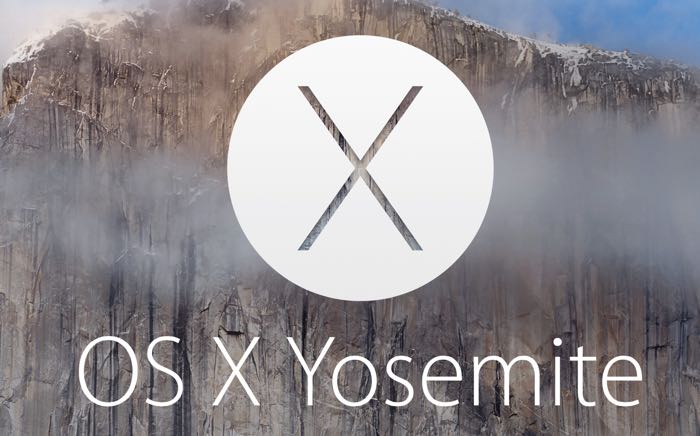 Apple has released OS X Yosemite – the new operating for Mac users – and it’s packed with new features but there are some you might have missed.

The free update for the iMac and MacBook laptops has a brand new look and design with new typography and cleaner interface.

Also on board is a new Spotlight search window, enhanced Notifications and the ability to answer calls from your iPhone on your Mac and finish off a task started on the Mac on an Apple mobile device.

These are the top line features we have known about since OS X Yosemite was introduced back in June at the Worldwide Developer’s Conference.

But there are a few hidden features you might not have heard about.

Transparency is a big feature of Yosemite right down to the top menu bar and the dock.

But this feature might not suit people with vision issues or anyone else who just doesn’t like the lighter look.

The good news is you can activate a Dark Mode in the System Preferences. Go to General and you’ll see an option to “use dark mode menu bar and Dock”.

Once checked this will turn the menu bar and dock to a reverse colour.

Quicktype is a predictive text feature introduced in iOS 8 that can try and come up with the next word in your sentence.

It has also been included in OS X Yosemite and can be used in native Apple applications like Text Edit and Pages.

When you start a sentence simply hit the esc key to see a list of suggested next words.

Here’s a quirky new feature for those who want to capture a video of their iOS screen.

There are people who want to create instruction or demo videos or perhaps explain something using their iPad or iPhone like a favourite app.

Now you can connect your iPhone or iPad with a cable and fire up Quicktime.

Go to the File menu and select New Movie Recording. This will activate the Mac’s camera and you should see yourself on screen.

To the right of the record button is a small arrow that will drop down a menu that will allow you to chose the iPhone or iPad as your camera.

Once you do that the screen will then display your attached iOS device’s screen that you can now record.

How many times have you received a document by email that you need to sign?

What you usually have to do is print out the document, sign it with a pen, scan the document back in and then send it back via email.

Now with OS X Yosemite you can sign documents attached to your emails on your screen using the new Markup feature and Apple’s trackpad.

Apple’s own Maps application, after some initial problems, has come a long way and offers some interesting features.

One of the latest features is Flyover Tours which is available when looking at the most famous cities in the world including New York, San Francisco, London, Paris, Rome and Tokyo.

There may be even more if you wanted to explore this yourself but these were the ones we could find.

When you search for these cities an option appears at the bottom of the map for a 3D Flyover Tour.

When you click start you’re taken on a virtual 3D flying tour of the cities major landmarks.

It’s almost as good as being there.