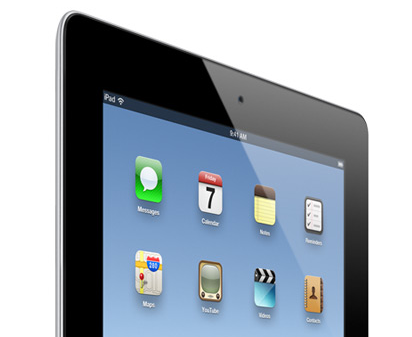 Telstra offers new iPad on a plan from 12.01am tonight

At 12.01am tonight Telstra stores in Sydney and Melbourne will be one of the first places in the world where users will be able to get their hands on the new iPad on a range of data plans.

Flagship Telstra stores in Sydney (George St) and Melbourne (Bourke St) will open their doors at a minute after midnight tonight.

This is eight hours earlier than the Apple Store but the new iPad will only available on a plan and not for outright purchase.

Outright purchases of the new iPad can be made from Apple Stores and authorised resellers from 8am.

While the new iPad won’t work on Telstra’s 4G network, the device will perform faster than the iPad 2 on the company’s speedy Next G 3G network thanks to dual band HSPA+ technology.

Telstra’s two-year plans start at $48 a month for the 16GB model which includes 1GB of data all the way up to the $107 a month plan for the 64GB iPad which comes with a whopping 15GB of monthly data.

Telstra’s complete iPad pricing and plans can be found here.

Vodafone will also be offering the new iPad on its new faster 850Mhz network from tomorrow – the new iPad launch day.

And Vodafone is backing its new 850Mhz network with a satisfactory guarantee.

“We’ve almost completed the rollout of our new 850MHz network built specifically for devices like the new iPad,” says Noel Hamill, director of marketing and sales at Vodafone.

A full listing of Vodafone’s iPad plans and pricing can be seen here.

Optus will also be offering the new iPad in stores tomorrow during normal business hours on a plan.

A full list of all of the Optus plans can be seen here.