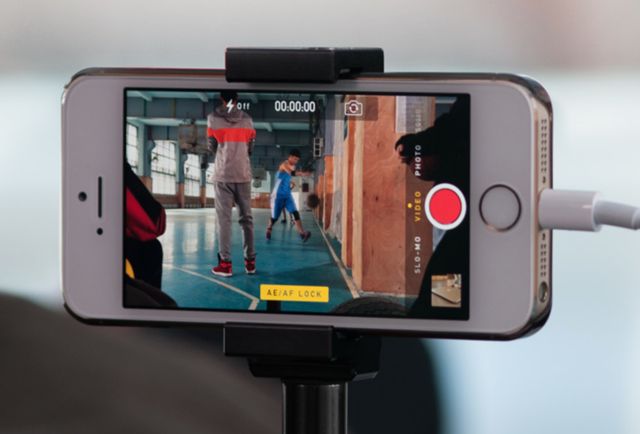 Apple has produced an amazing film to celebrate 30 years of the Mac that was shot across five continents and filmed entirely on iPhones.

The film was shot in 15 locations around the world including Melbourne in a single day – January 24 which is the day 30 years ago when Steve Jobs introduced the Mac.

The video documents a number of stories and people using their Mac in a variety of ways and in some extraordinary places.

And it was all shot on the world’s most popular camera – the iPhone 5S. There were 100 iPhones used in the shoot and more than 70 hours of footage captured.

The project was also directed by Jake Scott – the son of acclaimed filmmaker Ridley Scott who directed the iconic “1984” commercial shown during the 1984 Super Bowl to herald the release of the first Mac.

For Jake Scott to direct 15 separate locations, a studio was set up on an LA sound stage which was equipped with a range of Apple products including iPads, iMacs and MacBook Pros.

He was also able to remotely direct the action using FaceTime video calls and he was able to co-ordinate the whole operation like an orchestra conductor.

The result is a high quality film tribute to the possibilities and creativity which has been unleashed since the launch of that first Mac 30 years ago.

You can view the film and background of the shoot here.