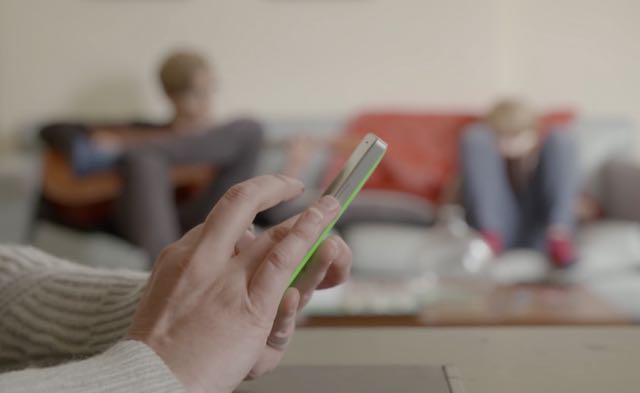 Are parents spending more time on their devices than their kids

It’s common to hear parents complain about their kids spending too much time on their smartphones but a new survey shows the kids feel the same way about them.

The research, conducted by online security company AVG Technologies, examined the relationship between parents, their children and smartphones.

The global study of 6,117 included 335 Australian adults and 302 children, found a third of Australian children (32 per cent) said their parents spend equal or less time with them than on their devices.

The smartphone’s digital intrusion is having an impact on the family.

More than half of the children questioned (52 per cent) felt their parents spent too much time looking at their devices.

One of the worst habits children noticed was their parents being distracted by their smartphones during conversations (37 per cent) which made more than a quarter (26 per cent) feel unimportant.

When parents were asked about their own smartphone usage more than half (54 per cent) said they spent too much time using their device.

And 32 per cent said they felt they didn’t set a good example for their kids when it came to device usage.

“With our kids picking up mobile devices at an increasingly younger age, it is really important that we set good habits within the home, early on,” said Michael McKinnon, Security Awareness Director at AVG Technologies.

“Children take their cues from us for everything else, so it is only natural that they should do the same with device use.

“It can be hard to step away from your device at home, but with a quarter of parents telling us that they wished their child used their device less (26 percent) they need to lead by example and consider how their behaviour might be making their child feel.”

But Australia wasn’t the worst country in the survey.

Brazilian parents topped the survey for device usage with 87 per cent of children saying they used their device too much.

And 59 per cent of Brazilian parents even admitted to using their phones while they’re driving.