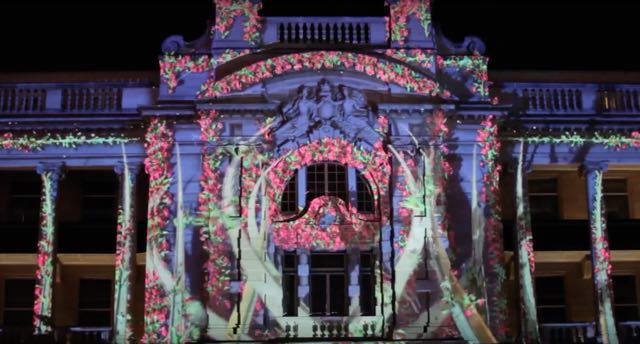 Vivid kicks off on May 27 and Sydney’s historic buildings will once again be the backdrop for the popular festival of light and music. But it takes a lot of hard work to deliver that incredible experience.

Tech Guide has taken a look behind the scenes and dropped in to see The Electric Canvas – one of the companies behind the eye-popping projections for Vivid including the spectacular illumination of the iconic sails of the Sydney Opera House.

The Electric Canvas is an award-winning company that was established in 1997.

The company specialises in projection mapping and it has used buildings around the world as their screens. 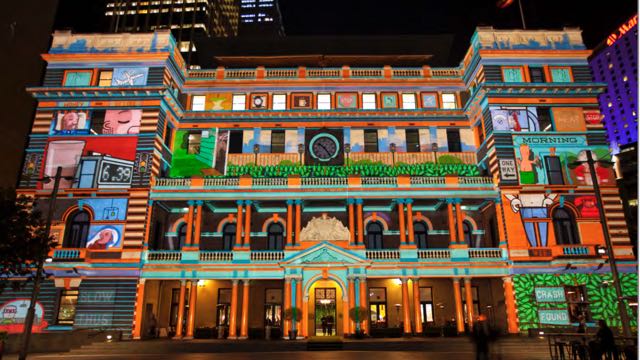 The Electric Canvas has worked on architectural projections around Australia including landmark events like the Sydney Olympics and Paralympics and the Rugby World Cup.

And it has also been involved in various international events including Singapore National Day, the Sochi Winter Olympics Opening Ceremony and the East Asian Games.

For Vivid, The Electric Canvas went to work almost a year ago to begin preparation for what is one of the most beloved events in Sydney.

And, of course technology plays a big part in the process with Intel-powered Macs and SSD (solid state storage) drives just some of the key tools in the creation and execution of the project.

The Electric Canvas was founded by Peter Milne who has more than 35 years’ experience as a lighting designer, project manager and projection designer.

It was a passion that started with a visit to the Eiffel Tower in Paris.

“I was on a trip to Paris and I saw some interesting little projectors on the first floor of the Eiffel Tower and they were using a scrolling film so the images were moving around the walls and completely enveloping the audience,” Milne says.

“I thought “this is amazing – this is fantastic”. I stuck my head up against the glass and I could see who made the projectors.

“The next day I was out there at the factory in Paris and discovered they made really big ones. And within a year of that we had our first two big PIGI projectors which are incredibly bright and that we still use today.”

Projects like Vivid starts with an idea and The Electric Canvas uses CAD (computer aided design) to create that immersive vision.

The next step is to visit the site with laser survey tools that not only provides hyper accurate three dimensional coordinates and measurements of the buildings but also the surrounding trees, telegraph poles and right down to the street furniture.

This process establishes the size of the canvas the company is working with and also helps to find the optimum positions for the projectors.

On the projection side, the company has more than 100 high-powered projectors.

And these projectors are nothing like your average home theatre projector.

They are industrial size machines about a metre long with incredible brightness and with huge lenses that can throw an image up to 500m.

But even with all of these projectors – the company doesn’t own not a single screen.

“Our screens are the cities and buildings and the structures we project on,” Milne said.

But to handle such a massive task you need some serious technology behind you.

“Technology is involved every step of the way – we couldn’t do what we do without having powerful computers right down to laptops and running CAD programs on laptops to designing the content,” Milne said.

“We’ve also got a render farm downstairs – there’s 31 computers in it all running Intel processors and SSD drives.

“And then when we go out and deliver the projects, it’s actually computers that play back the multichannel video.”

And The Electric Canvas made a conscious decision to go with Mac computers run by powerful processors.

“From an administration and design point of view we use Macs so we’re a Mac house and Mac changed to Intel some years ago with some great benefits,” Milne said.

“We’ve got Intel processors in all our Macs – there’s about 25 Macs in the building even though we’ve only got a permanent staff of 10, and we have media servers that run Intel and Intel SSDs which we find to be superior to the others we’ve tried. They live up to the demands of delivering a high data rate.

“And now that we’re moving to 4K workflows the whole ball game has changed again and it has more than quadrupled the required processing and storage. 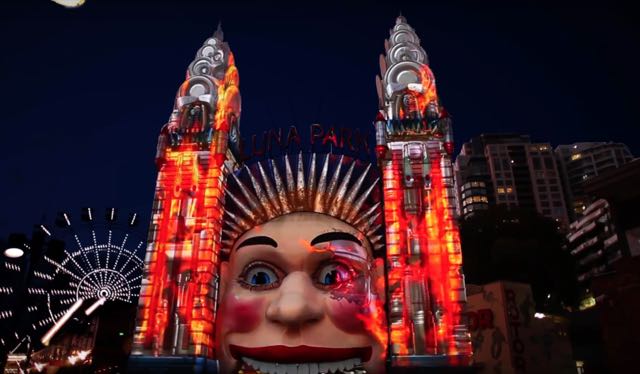 “And of course the render farm that keeps the whole place ticking over has got 31 computers in it that are all Intel as well.”

The results of all of that hard work can be seen with the spectacular sights and sounds of Vivid which runs from May 27 to June 18.

So when you come down to the harbour or up to Chatswood to check out Vivid this year, you can appreciate the hard work from The Electric Canvas that went in to it to produce some of the incredible displays you’ll see before you.

4K Ultra HD Blu-ray movies are already in store – but how much do they cost?