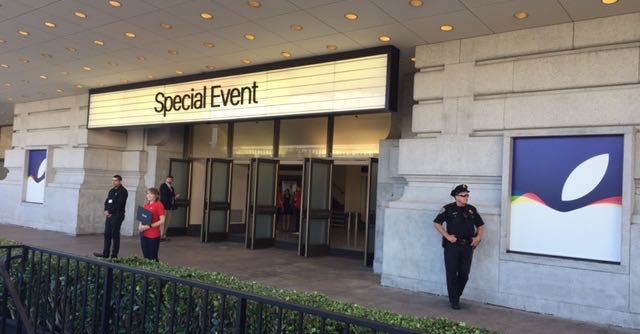 Episode 224 of the top-rating Two Blokes Talking Tech podcast, with Tech Guide editor Stephen Fenech and EFTM’s Trevor Long, is coming to you from San Francisco from the Apple launch event.

On this week’s show, the blokes talk about the Apple event which was held for the first time in the Bill Graham Civic Auditorium.

Also on the agenda are some issues that came out of the event including the higher price of the new iPhones and the sheer size of the iPad Pro in comparisons to one of the blokes’ head.