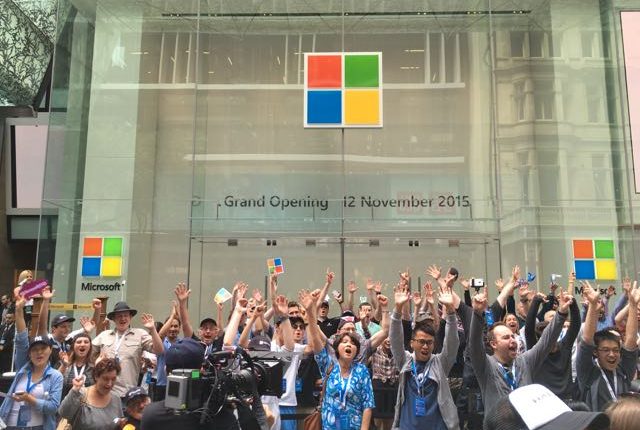 The new Sydney Microsoft flagship store is open for business after opened today in the busy Pitt St Mall for the first time to the cheers of hundreds of customers gathered outside and eager to be among the first to walk through the doors.

Eager Microsoft fans packed into the Pitt Street Mall with lines stretching down the block – an impressive achievement considering Prince Charles and Camilla were attracting their own crowd in nearby Martin Place.

When the curtain covering the front of the glass store dropped it revealed dancing and cheering staff on both levels and, within moments, it was standing room only inside with customers crowding around every table and every product.

Microsoft timed the occasion to coincide with the release of its most exciting range of products ever including the Surface Book laptop, the Surface Pro 4 and the Microsoft Band 2.

Sydney was chosen as the location of the new interactive flagship store, the first of its kind to open outside of North America, ahead of countless other major cities because of Australia’s dedication to the Microsoft brand.

Technology loving Australians are, on average, the most loyal customers the company has seen through its online stores.

“Our new flagship store is here to showcase the very best of Microsoft to the local community and we are delighted Sydney has been chosen as its home,” said Pip Marlow, managing director, Microsoft Australia.

“This is a key part of our commitment to delivering a truly interactive retail experience that gives customers, partners and community organisations the opportunity to see, experience and do great things, all made possible by Microsoft technology.”

Inside the two level store are tables and stations showcasing tablets, laptops, software and Xbox One consoles, games and accessories.

There is also an Answer Desk, a free service that will allow customers to troubleshoot problems, have viruses removed from their laptops and see to any other issues they might be having with their hardware or software. 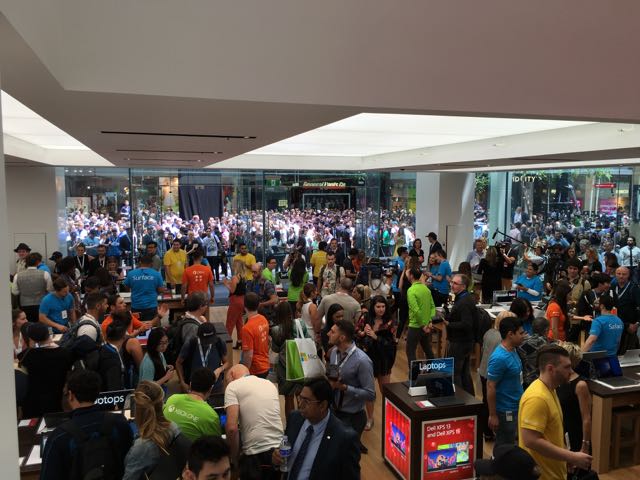 There is also a community theatre on the second level for demonstrations and presentations as well as an area where customers can set up the products they’ve just purchased.

There are more than 50 staff members in the Microsoft store from more than 10 countries and with a combined ability to speak 21 languages.