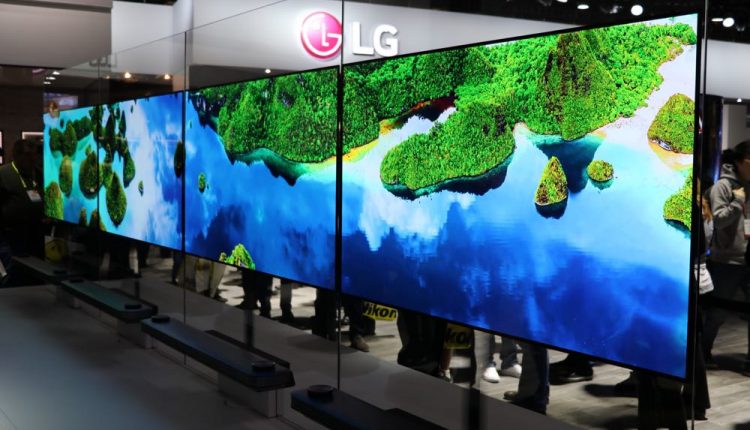 One of the most talked about products at the Consumer Electronics Show in Las Vegas this year has been without a doubt LG’s Signature W OLED TV that can be mounted like wallpaper.

Tech Guide took a hands-on look at the head-turning TV, which will be available in 55-inch and 65-inch sizes, on the LG booth at CES where crowds gathered around the TVs on display and marveled at their svelte design and remarkable picture quality.

The screen is just 2.57mm thick and, when positioned on the wall with a magnetic mount, it extends from the wall just 4mm.

That’s the thickness of four quarters.

To give the TV some scale, Tech Guide had an idea to put an everyday object next to the screen.

We ended up placing a pen along the wall above the mounted LG OLED wallpaper TV and it dwarfed the display.

Inside the LG booth there were several of the OLED wallpaper TVs on display.

One in particular caught my attention. It was located in a viewing room that showed off the picture and the three-dimensional sound of the Dolby Atmos soundbar that comes with the TV.

There was a hydraulic arm that was pushing the OLED display off the wall and snapping it back in place again.

And when it was doing this you could see the display bending slightly too. 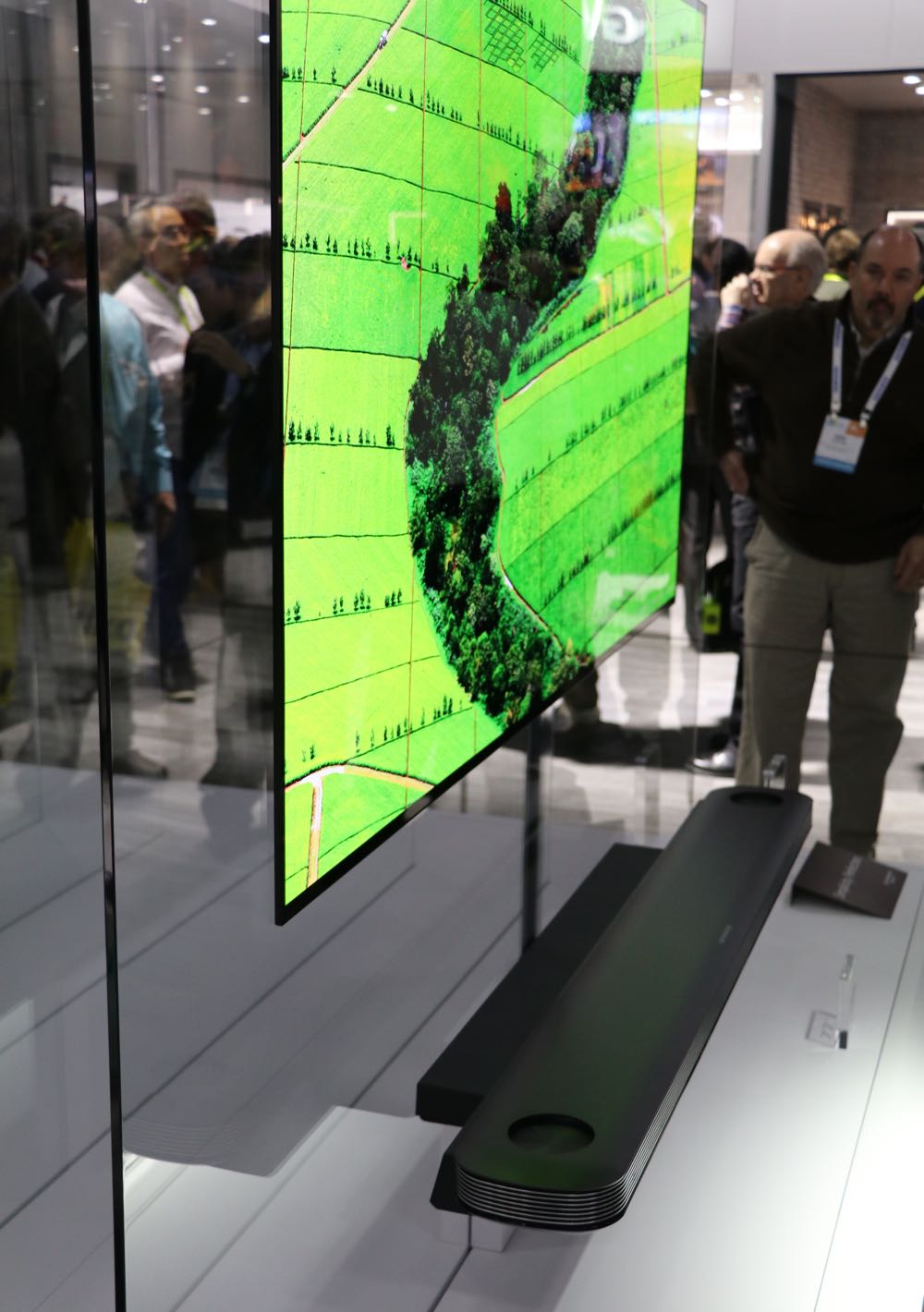 The fact the TV can be held on the wall with magnet is another illustration of just how thin and light the OLED W is.

But what helps the TV stay so thin is the fact that the screen is just that – only a screen.

The inputs and circuitry of the TV is located in the Dolby Atmos sound bar which connects to the display with a near-invisible ribbon cable.

It can sit on an entertainment unit or positioned on an invisible shelf.

The unit itself has two upfiring speakers and virtual surround sound so you can hear sounds from above you and all of the corners of the room despite there only being speakers at the front of the room.

So the sound is as impressive as the amazing picture quality.

When the TV is turned on, two small doors slide open and the speakers rise majestically from the unit.

So when will it be available? It may ship to Australia as early as April depending on demand. 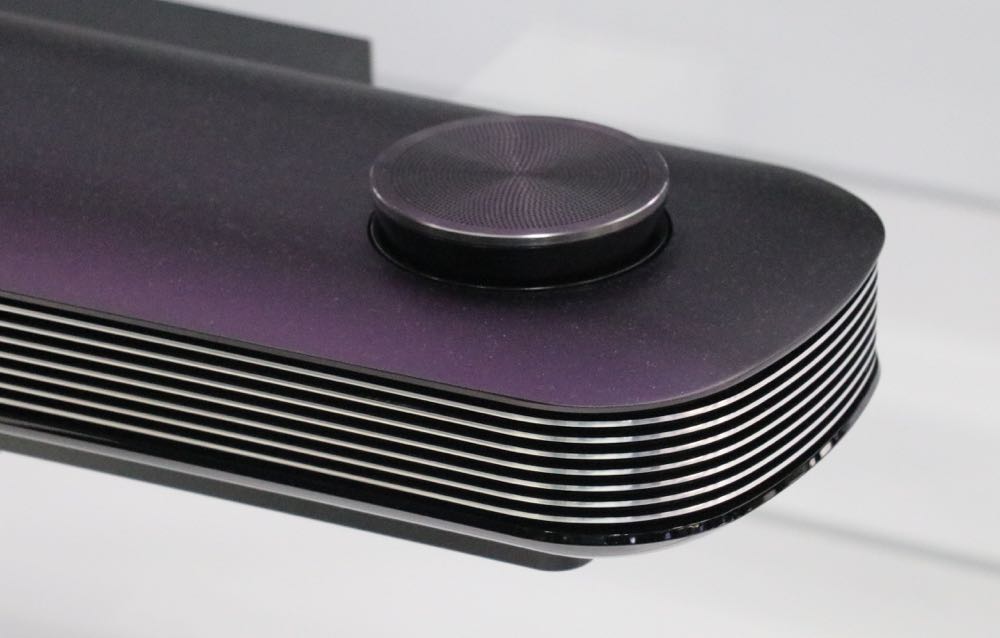 LG Australia has already opened up an area on its website for people to express their interest in the incredible TV.

And for those who purchase the LG Signature OLED W (model number 77W7P) the price, which is yet to be determined, will include delivery and installation.

The LG Signature OLED W TV was one of the many interesting products on LG’s booth.

There were also the Nano Cell LCD TV, a range of standalone soundbars, a levitating speaker, smart refrigerators and a Hub robot that can help you take control of your home and its appliances simply by using your voice.

How Eugene can sort your trash and help you recycle more