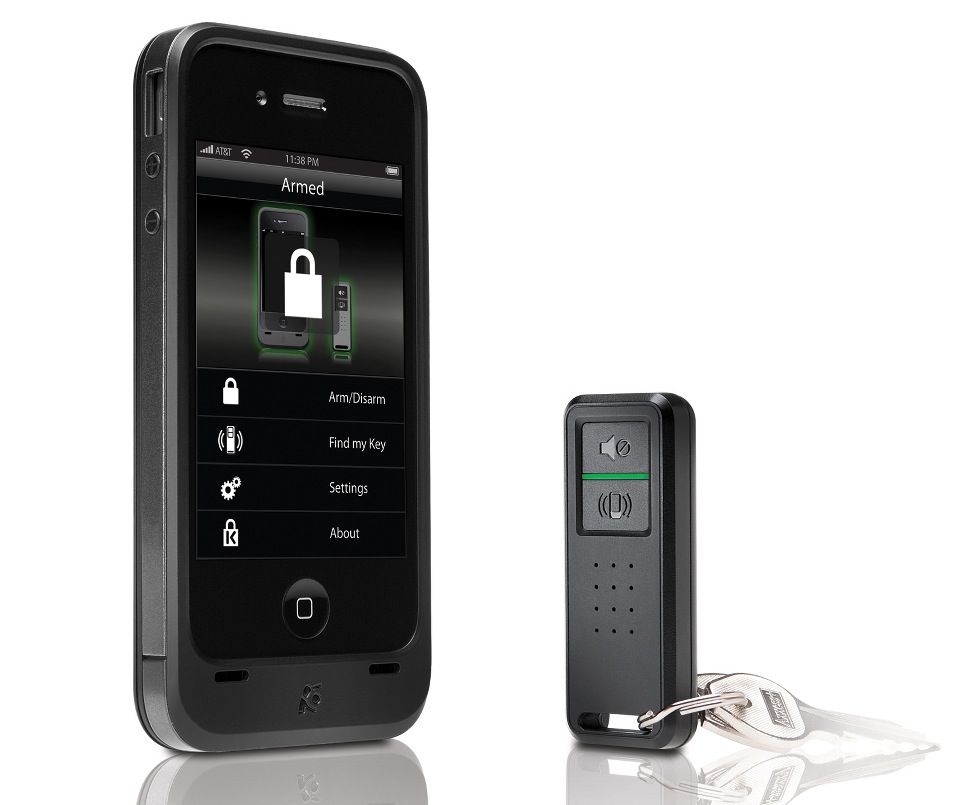 Kensington’s BungeeAir Power for iPhone is actually two products in one – it’s a case with an integrated battery and a wireless security tether so you’ll never leave your phone behind.

The two-part Kensington case has a built-in battery and links to the iPhone with an internal 30-pin connector.

This allows users to top up their iPhone battery and extend their standby and talk time on the go.

It also has pass-through charging so the iPhone’s battery can be charged while it’s inside the case.

But the Kensington BungeeAir Power is also designed to prevent forgetful owners leaving their iPhone behind.

A small fob, which can be attached to your key ring, is also included in the package.

If the fob is separated from the BungeeAir Power case by a preset distance an alarm sounds.

Users can download the free BungeeAir iPhone app to arm and disarm the device and set the range of the fob alarm system.

So if you walk out of the coffee shop, restaurant or taxi without your iPhone you’ll be given a loud warning.

Kensington’s BungeeAir Power also works as a security device so that if a light-fingered thief tries to make off with your device and goes outside the range of the fob they will get a rude shock.

In this situation the phone automatically locks and the alarm sounds.

It can also work the other way when you want to find your keys. The app can connect with the fob on your key ring and sound an alarm so they can be easily located.

The case also has a slot to insert and included card (you can also use a business card) to turn it into a viewing stand.

The Kensington BungeeAir Power is available now and is priced at $99.95.