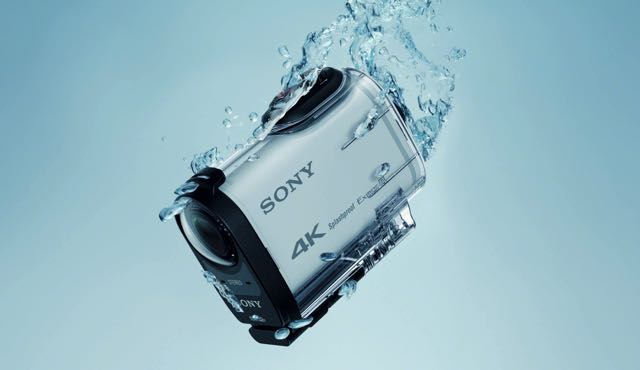 Sony knows a thing or two about making a good camera and they’ve taken that expertise and packed it onto the 4K Action Cam that can capture what ever you’re doing anywhere.

This point-of-view camera will draw a number of comparisons to the market leader – the GoPro Hero 4 Black.  They’re both in the same price bracket and can both capture high quality video.

The Sony 4K Action Cam retains the barrel shape of its predecessor and has a control display to allow users to scroll through the modes, menus and features.

It does take a while to through these menus and one wrong move and you have to start all over again which can be a little frustrating.

The body is splashproof on its own but the included housing makes it completely waterproof. 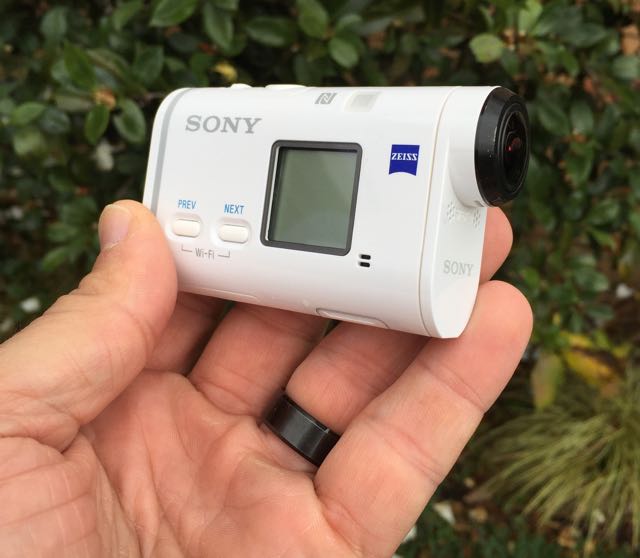 On the base of the unit and the housing is a tripod screw. There’s also a mounting clip so you can attach the Sony 4K Action Cam to anything with one of the many accessories.

On the back is a two-door resealable panel that opens to provide access to the rechargeable battery, the microSD card slot and the microUSB and micro HDMI ports. 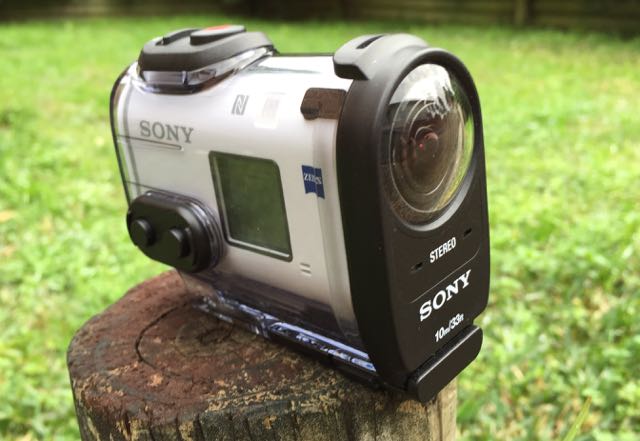 This wide field of view makes it easier to capture your surroundings whether it a ski slope, the ocean, a mountain range or the view from the front of your car. 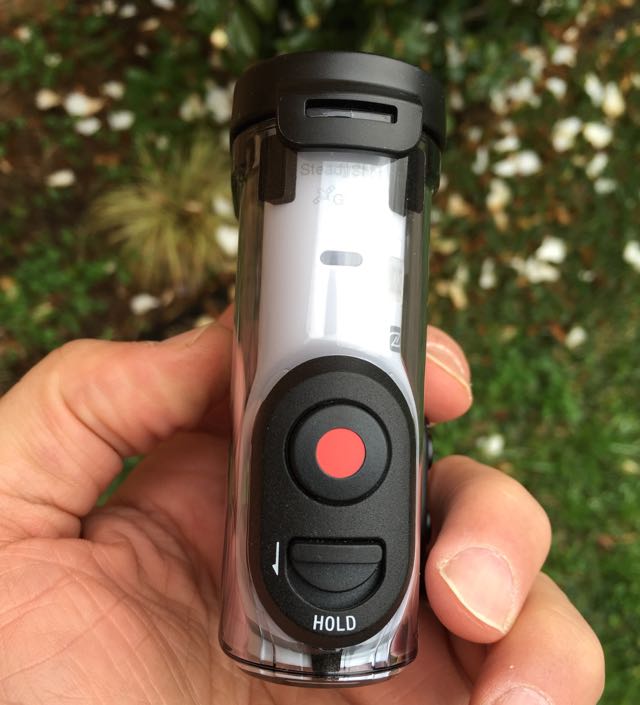 Also on board is a stereo microphone so the sounds can offer a high quality like the video. There’s wind reduction as well so you can get a clearer sound even out and about and travelling at high speed.

There is no built in screen to see what you’re shooting with the Sony 4K Action Cam but there is a free Action Cam app you can download for iPhone and Android that lets you link wirelessly to the camera and see what it sees. 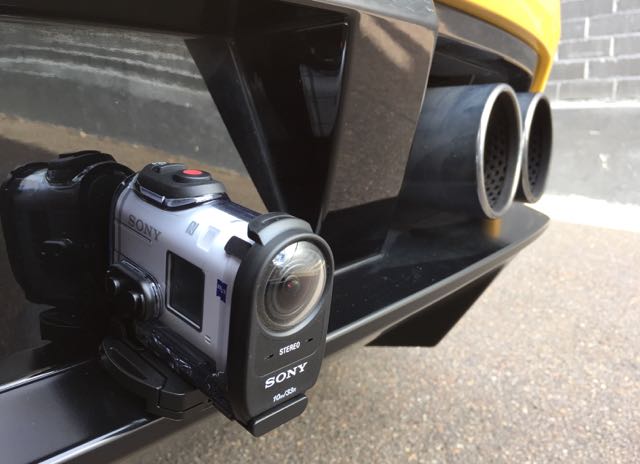 You can also purchase the LiveView Remote (sold separately) that can be strapped to your wrist to monitor up to five cameras as well as being able to turn on GPS and change the shooting modes.

You can also stream your live video from the Sony 4K Action Cam through UStream so you can share what you’re doing with family and friends.

We tested Sony 4K Action Cam on a driving day and attached the cameras to the front and rear of a number of exotic sports cars.

The resulting footage was crisp, bright and clear and the sound was clean thanks to the wind reduction as well.

And with Steady Shot the video was also pretty smooth as well but this feature will only work on full HD and not when shooting 4K. 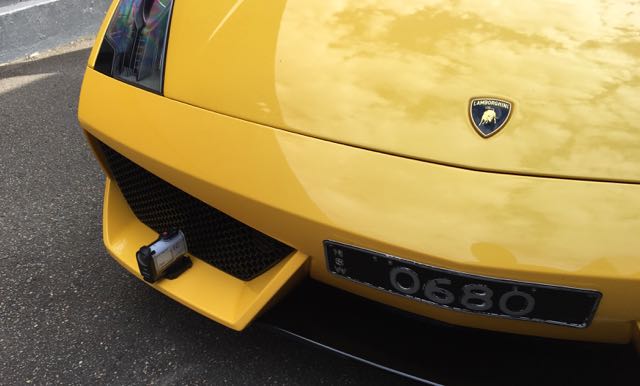 Even without Steady Shot (like when you’re shooting 4K) the camera handled vibrations and movement pretty well.

Engaging Steady Shot will smooth things out noticeably but it won’t do anything for bigger and more violent movements. And it will also burn the battery charge faster as well.

There’s also a degree of manual control to get your style right including white balance and AE shifting. It’s also possible to adjust brightness and hue levels so you can also match the video shot and quality from other cameras. 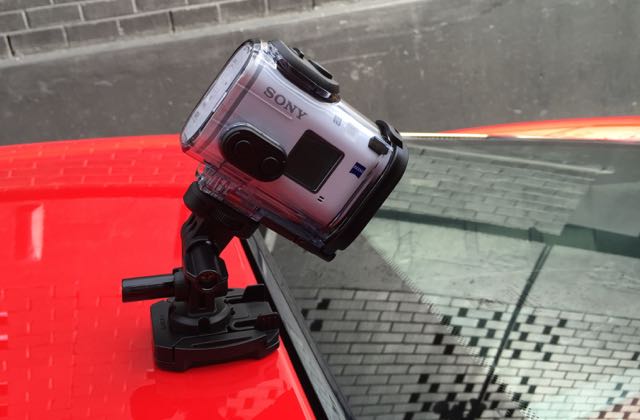 Also on board is loop recording so you can set the recording duration and when you’re done you can automatically create a highlight video with the Highlight Movie Maker that picks the best shots and puts them together in MP4 format for easy sharing on social media.

The Sony 4K Action Cam delivers fine videos and while it can capture 4K at 100Mbps you’re going to have to pay extra to find a memory card that can handle those sorts of speeds.

It is easy to use and offers plenty of shooting options with the connectivity to view what your shooting and also share it in real time with the world.