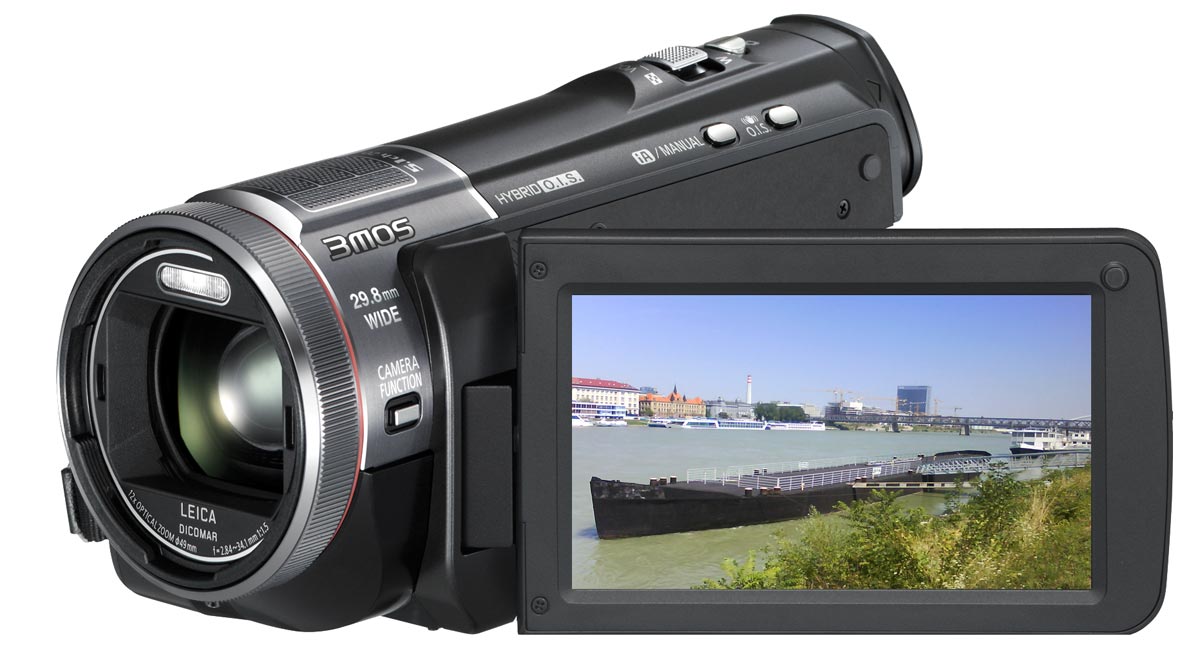 If the rise and rise of the 3D cinema experience has piqued your interest in making your own home movies pop out of your TV, Panasonic would like to help you out with its 3D converter lens.

Don’t get your hopes up too high, though, because those impressive, jump-out-of-the-screen effects you’ve experienced at the nearest megaplex take a lot more technical wizardry than can be crammed into a consumer camcorder with a lens adaptor, in this case one that relies on stereoscopic imaging, a method for 3D capture/display that’s been around for a very long time.

First thing to understand is the magic is done with a conversion lens, in this case the VW-CLT2, which fits over the front of the lens of various Panasonic camcorder models including the HC-X900 supplied for review.

This means you need a 3D TV that is capable of displaying the side-by-side 3D format. You might want to check that before buying into the 3D home movie business.

Also, if you’re running a Mac, you’re out in the cold for software as the HD Writer software is Windows 7 or Vista only.

This doesn’t mean Mac users can’t process their 3D footage because it can be edited in-camera and connected direct to a Blu-ray or DVD burner for archiving your footage to disc. However, if you burn it to DVD, you lose the 3D effect.

Another thing to bear in mind is that with the converter attached to your camcorder you lose practically all of your zoom range. The 23x zoom of the HC-X900M was reduced to 1-1.5x with a field of view equal to about a standard lens in the 35mm format.

So, if you’ve got all that sorted, how does the 3D converter perform? Actually… surprisingly well, offering quite a bit of fun for home movie makers.

Objects don’t jump out at you with the same intensity that you experience at the movies but the effect is nevertheless apparent and is most pronounced with objects close to the lens.

This means you don’t want to be shooting 3D captures of junior soccer. Apart from the fact you can’t zoom in on the action, the figures would be too far from the lens.

You will need to adjust your shooting style to accommodate the capture process, which will mean going for the close-up shot a lot.

Attaching the converter is as simple as attaching a lens filter. You place the converter over the camera lens, ensure the lugs are lined up with the recesses that receive them and slide a locking mechanism into place.

The converter’s lens cap doubles as a calibration device for aligning the twin lenses and the camera automatically detects the converter and runs a set-up that requires you to aim at a subject about two metres away. With this simple pre-flight procedure complete, you’re ready to shoot. Sounds a little complex but it’s easy as pie.

As for the HC-X900M camcorder, I’m just a little more excited about this device than the 3D converter.

The 3MOS sensor records superb imagery, with 32GB built-in memory and expansion via SD card. The touch controls on the flip-out display are easy to navigate and very responsive. On all counts, this is a quality camcorder recording crisp imagery with excellent colour.

3D captures can be viewed on the display but not with the proper 3D effect. For this, you’ll need a TV. However, at least you can preview your capture, though some users may find the doubled-up image a bit disconcerting after a while. Indeed, the camera even displays a warning that you may want to stop watching it if it makes you feel uneasy.

A welcome inclusion is the ability to convert 3D footage to 2D but the resulting clips aren’t as good as they were had they been shot in 2D in the first place.

After trialing the converter for a few days, I find the idea of capturing 3D footage not very compelling, and certainly even less so given the limitations of the capture and edit process.

The bundled Windows software is basic so If you want to take your 3D footage and give it the same polish as you’re accustomed to with 2D captures – titles, cuts, effects, colour correction, that sort of thing – you’ll need to fork out for software such as Vegas Pro 11, which supports editing of the stereoscopic capture method employed by Panasonic’s converter.

I can’t vouch for this software, though, having not tried it, though Vegas Pro’s good reputation should be enough to recommend it.

Seems to me that the planning and effort you’d need to put into shooting 3D footage is far removed from the spontaneous capture of fleeting moments that camcorders are so good at.

So much so that you have to wonder if you would really use the converter as much as you had planned to when you rushed into the store to buy one.

On the other hand, if you have a 3D-capable TV it’d be a shame not to take full advantage of it by having your own movies in 3D, right?

It’s a fair bet that you’ll own a 3D TV first before buying this converter, rather than the other way around. On that count, Panasonic’s VW-CLT2 probably has a rather limited market but at least the asking price makes it more an indulgence than a luxury.

But the HC-X900M? Practically full marks for that little beauty.

Three stars (out of five)

* Chris Oaten is a professional photographer from Insight Visuals