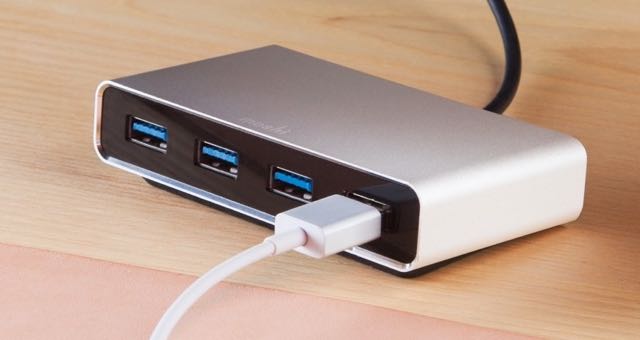 Moshi is already well known for producing handy computer and mobile accessories and it has expanded its portfolio with yet another device that’s useful at your desk and on the go.

The Moshi iLynx 3.0 is a four-port USB 3.0 hub that can charge and sync devices to your Mac or PC via a single USB cable and supports data transfer speeds of up to 5Gbps.

And it’s a simple plug and play set up with no additional software to install.

You can even use the 5-watt USB ports to charge your smartphone, wearables or e-reader while the USB port on the right side has up to 10W output so it can also charge your tablet as well.

The Moshi iLynx has an aluminium housing that’s the same colour as the iMac or MacBook.

This housing has EMI shielding so it minimises interference with wireless peripherals like mouse and keyboards and other wireless signals.

Also onboard is surge and electrostatic discharge protection so your devices and data are safe. 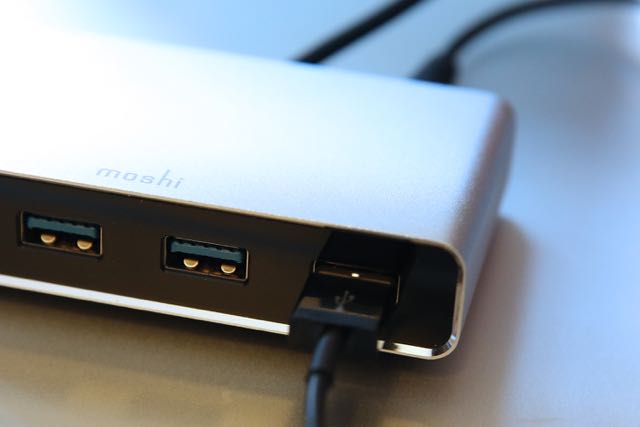 Users can also be confident they will avoid damage with the Moshi iLynx even during hot swapping (connecting devices through USB while they’re powered on).

It also has a base that angles the port slightly upwards to make it easier to plug in the USB cables.

But the device can also be used as an offline charger when connected to power so you can charge your devices even when your computer is turned off. 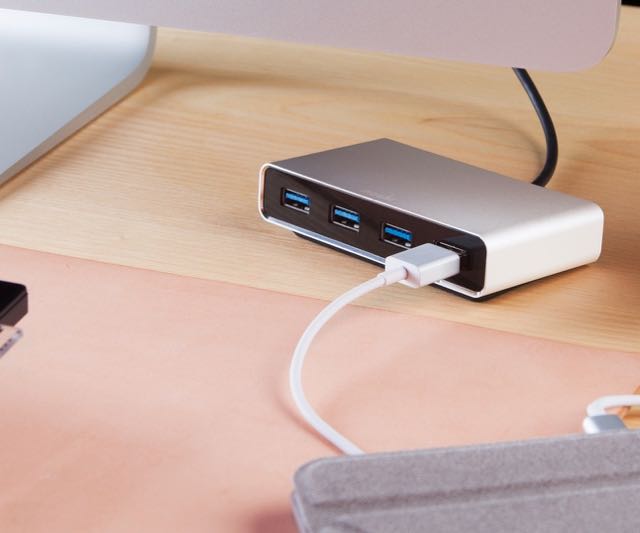 Moshi’s iLynx can also be used as a charger for all your devices when you’re travelling.

It is also one of the few USB 3.0 hubs that supports fast charging of iOS devices like iPhones and iPads.

The Moshi iLynx is available now through JB Hi-Fi and is priced at $99.99.