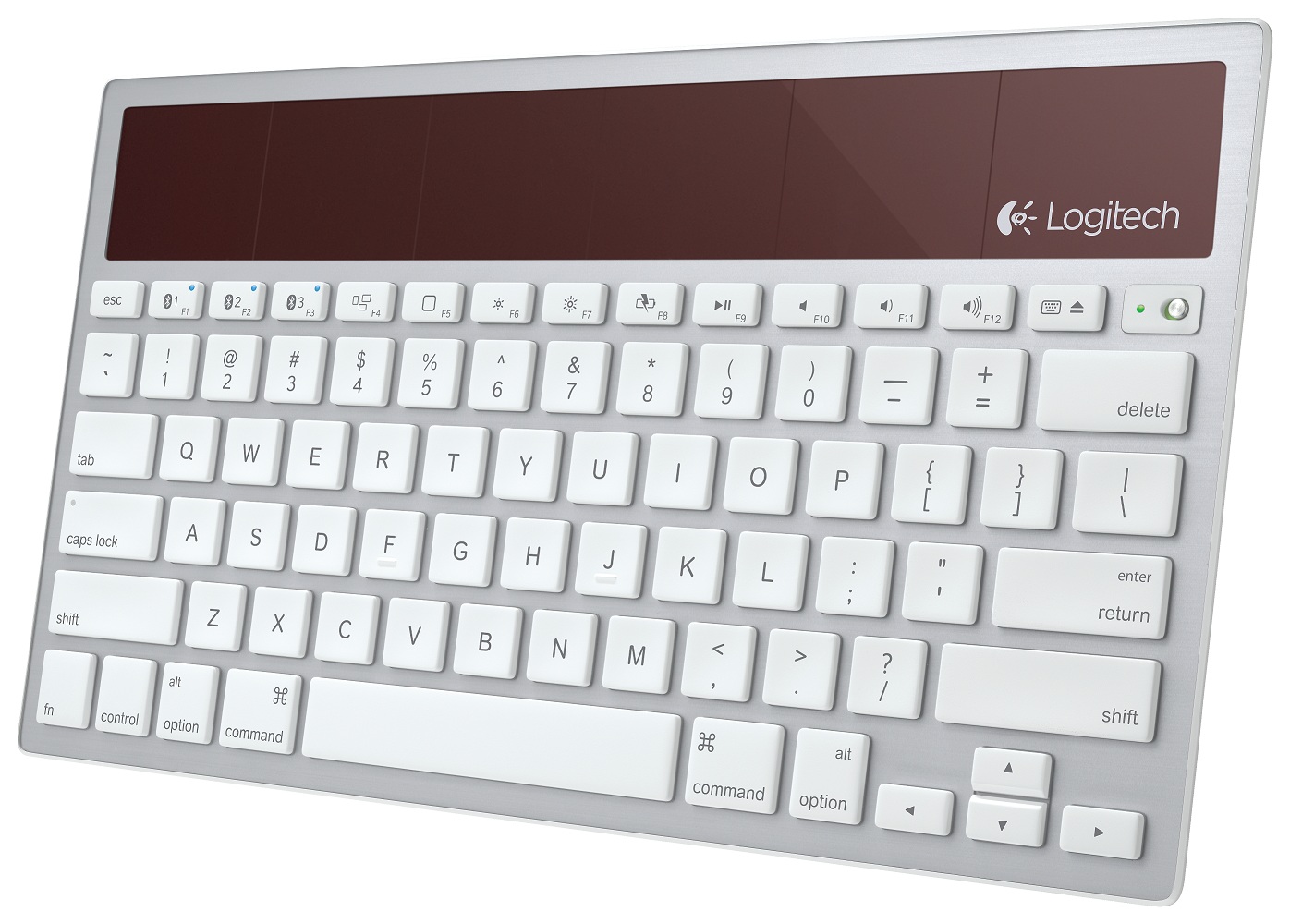 Logitech has just unveiled the K760 – a new solar-powered wireless keyboard that can connect to all of your Apple products at once – Mac, iPhone and iPad.

The K760 takes a style cue from Apple’s keyboards – white keys on a silver base – and connect wirelessly via Bluetooth.

But the big difference here is that you users can connect to their Mac, iPad and iPhone simultaneously and instantly switch between them when required.

Whether you need to write a document on your Mac, answer a text message on your iPhone or answer and email on your iPad – the Logitech K760 stays paired to all three products at once and can be switched to each device at the press of a button.

And switching back is just as fast and easy.

With the Logitech K760 designed for Apple’s products there are specific keys for Command, Eject, Brightness and Volume along with a dedicated home key which works in the same way as the built-in home button on the iPad and iPhone.

And because the device is solar powered, there’s also no need to worry about changing or recharging the battery.

The built-in solar cells can be recharged by light whether it’s indoors or outdoors so there’s no need to lug around an extra power cable or extra batteries.

The Logitech K760 Wireless Solar-Powered Keyboard will be priced at $99 and will be available in Australia in the coming weeks.