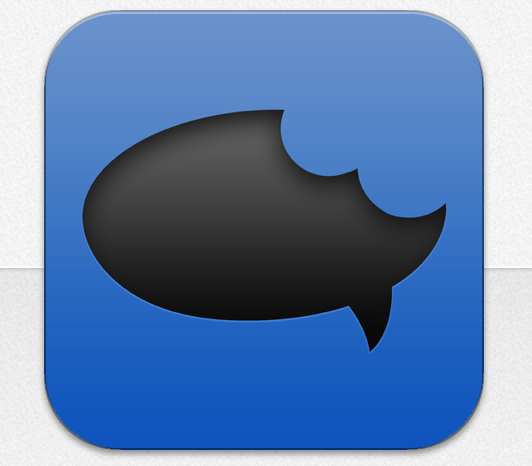 For years I’ve written about technology created by other people but today I’m going to talk about my own. It’s a new social networking app called VoiceByte.

VoiceByte, created by myself and my brother Michael, is a free iPhone app (coming soon to Android) that allows you to record and share 15 seconds of audio with your social network.

For those times when text just isn’t enough you can now add your voice to convey the emotion that words alone can’t show.

Users can also add a photo to their VoiceBytes so not only can your friends and family see what you’re up to, they can also hear it too.

Within VoiceByte users can not only record their own audio but their listeners can also reply using their voice as well. Replies to the original 15 second VoiceBytes are five seconds.

From the record screen it’s possible to add a clip title to tell your listeners what you’re audio is all about.

This text area can include hashtags and @ addresses which will register if that audio is shared with Twitter.

As soon as you tap the microphone icon you’re recording and the red sections of the circle will count out 15 seconds.

You can instantly play back the audio you’ve just recorded and, if you’re not happy, re-record it straight away.

When it’s time to broadcast, rather than having a large button that you might accidentally brush before you’re ready, users have to slide the button across the screen to send it out.

The interface is simple and easy to use on the go.

Of course there will be a link for your friends to download VoiceByte for themselves if they want to record their own audio.

VoiceByte is also a great way to keep in touch with friends and family overseas without worrying about different time zones.

The app is also a great way to interact with your favourite celebrities and sporting stars.

And because they’re using their voice you can rest assured you’re getting the real thing rather than a tweet that could well have been written by an assistant.

There are many uses for VoiceByte – you might want to showcase your vocal skills, tell a joke, express an opinion, share a favourite song, sing a song or brag about your team winning. The possibilities are endless.

This is the first version of the VoiceByte app but you can look forward to some exciting new features and functionalities that will be introduced in the coming weeks and months.

VoiceByte is free and available now for iPhone in the App Store. The Android version is coming soon.

* Stephen Fenech is the co-founder and co-creator of VoiceByte and the editor of Tech Guide.

Listen to episode 53 of the top-rating Tech Guide podcast