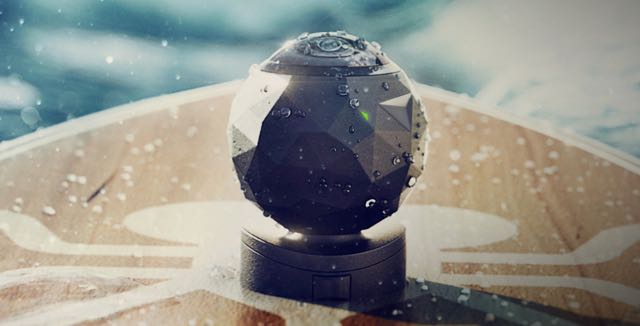 360Fly review – the camera that can capture 360 degree videos

Action cameras are all the rage at the moment but they can only record in one direction at a time. But what if you could record a 360-degree video with one device? With the 360Fly you can.

The 360Fly is a camera that can capture whatever you’re doing in a 360 degree interactive and immersive video.

Watching these videos can make you feel like you’re there.

It literally covers all angles so you can relive your favourite moments and see everything was that was going on in all directions.

The camera is ball-shaped – bigger than a golf ball but smaller than a tennis ball – with the dome-shaped lens located on top with the widest field of vision at 360 degrees.

The base of the 360Fly has a proprietary fitting to clip into some included mounts. And these mounts can fit on to a tripod and there is also a version that can work with the GoPro mounts.

360Fly has a rugged and waterproof design so there’s no need to add an additional and bulky housing. It has a multi-faceted surface and a triangular on/off button.

For our review we took the 360Fly out on our kayak in Sydney Harbour.

We used the 360Fly base that fits with the GoPro mount and attached it to the front of the boat. 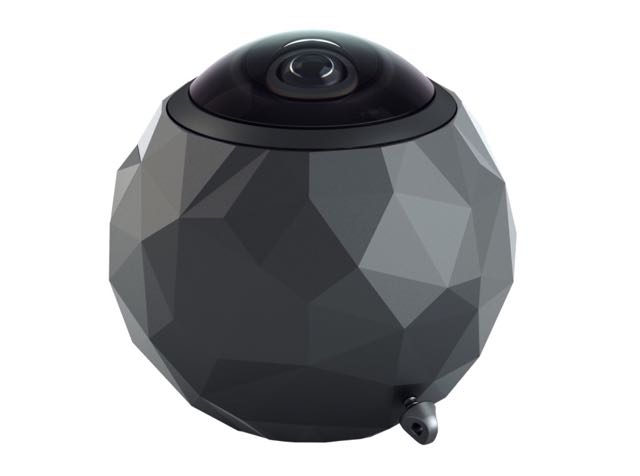 But I did position the 360Fly with the on/off button closest to me on the kayak.

There is only one button on the device so it’s really simple to use.

There’s also an indicator light next to the button so you know at glance what status the camera is in. Blue means standby and red means you’re recording.

The device has an internal memory of 32GB which is enough storage for about two hours of video. There is no expandable microSD card slot.

The battery life is also impressive and can run for the full two hours that it would take to full the 32GB memory.

Video quality is not quite full high definition – it’s 1504 x 1504 and that’s what stretches all of the way around.

So don’t expect to see the same quality you’d get from a GoPro or some of the 4K and full high definition cameras.

But one thing those other action cameras can’t do is capture a 360-degree video.

When we were paddling the kayak for an hour and a half – and for the 10 minutes when we stopped for coffee – the 360Fly was running the whole time.

It was a set and forget solution because there’s no need to adjust the angle and point it any particular direction.

The video was recorded over that 90 minutes was divided into 10 minute individual clips on the camera’s memory.

When we were done we linked to the camera with the 360Fly app. The first thing you need to do is name the camera and then activate it as a wi-fi hotspot that your phone links to.

The app can also be used to see the live view from the camera on your device’s screen.

The 360Fly videos are interactive because as your playing them, you can zoom in and out and also move the view to another angle.

To share that experience, you can edit the videos and record the movements of the view so it can be watched by other people.

That’s what we’ve done with our YouTube video – we took some of the clips and moved the view, and captured that movement within the app and saved the clips to our camera roll to allow others to appreciate the capabilities of the 360Fly.

When viewing the clips on your smartphone, you can move the point of view simply by moving the device.

As you twist around you can actually move all the way around to see the entire 360-degree view.

And if you have a Google Cardboard or VR device you can also have a virtual reality experience with your videos.

The 360Fly can be used in lots of scenarios whether you’re enjoying some outdoor activities, or on holidays and want to capture everything you’re experiencing.

It could even be a handy tool in a boardroom that could record everyone at once and everything they’re saying.

The microphone is good not great but out of the water the recordings are reasonable. In the water you need to plug the mic hole so no water gets into it so your audio recording is limited. 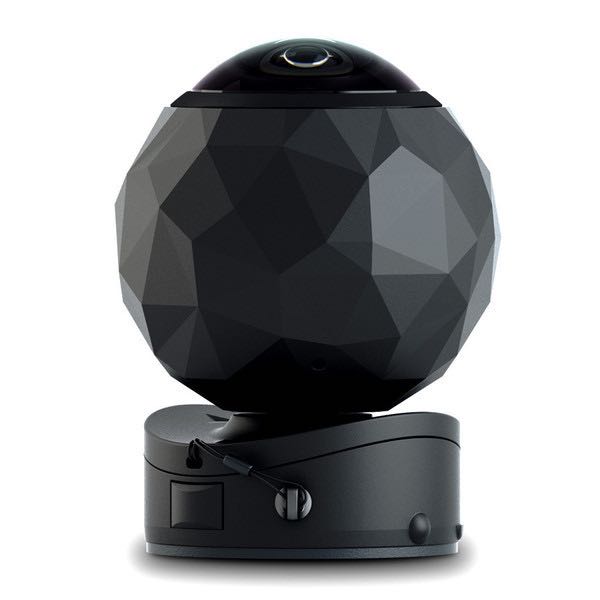 It’s a little pricey at $649.95 but it can do the job of up to six regular cameras that would be needed to capture a similar type of 360-degree experience.

But then you’d have to edit them and stitch them all together – something the 360Fly does automatically on its own.

The 360Fly is an impressive camera that delivers in one way by being able to capture a 360-degree video – but it’s let down in another way as the quality is inferior to other popular action cameras.

But that aside, the 360Fly’s quality is good enough to enjoy your complete surroundings and does a far greater job capturing the atmosphere and entire experience of where you are.

The 360Fly is a unique camera that can literally capture every angle no matter what you’re doing.

While it doesn’t have the quality of other actions cameras it still delivers remarkable videos to put you right in the middle of the experience.