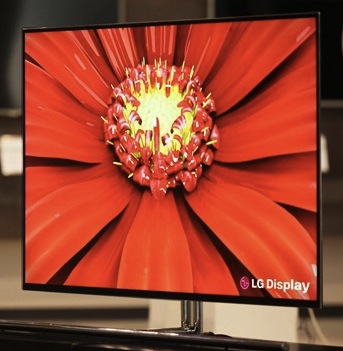 One of the most exciting product announcements at the Consumer Electronics Show has been the new OLED TVs – easily the best TVs ever produced.

OLED TVs produce a stunning picture but the questions everyone is asking is how much will they cost and when will they be available?

OLED is short for organic light emitting diode which is a material that produces its own backlight when a current is passed through it.

The biggest advantage of this is that there is no need to add an artificial backlight because it produces its own so the result is a wafer thin TV.

OLED technology has been around for a few years but it has only ever been used to make small screens for smartphones and tablets. Sony’s PlayStation Vita – due for release on February 23 – has a 5-inch OLED screen.

The LG 55-inch OLED introduced at CES is just 4mm thick but it should be noted the “smarts” of the TV  – the digital tuner, inputs, USB port and antenna connection – are located in the stand.

This has helped LG maintain the wafer thin appearance.

So when will the LG 55-inch OLED TV be available in Australia? LG is expecting product to hit stores around October – unfortunately too late for the Olympics and the AFL and NRL finals.

And how much will it cost? LG Australia have not specified a price but are quite certain it will be below $10000.

Whether it’s $9999 or cheaper will be known closer to the October 2012 launch window.

Over at Samsung the company has introduced a Super OLED 55-inch TV which, while no thickness was quoted, was around 8 or 9mm.

Samsung’s version has everything built into the panel including the tuner and all the inputs.

Samsung uses a different technology than LG to produce its Super OLED which will be rolling off the production line of the company’s new $2 billion factory designed to manufacture these panels.

The black levels have to be seen to be believed while the colours are rich and life-like.

This is due to Samsung’s Super OLED technology which can light the screen with incredible accuracy. In fact each pixel has its own light source for precise image rendering.

In terms of availability, Samsung is estimating a September delivery.

On the Sony CES stand the company has a Crystal LED which, like OLED, is a self emitting material but is a different type of substance.

It produced a vastly improved picture over its already high quality LED TVs.

Sony’s product was only a prototype so it is unlikely to be released in 2012.

If you really appreciate your television picture quality and would like to be one of the first customers to purchase the new OLED displays then you better start saving.