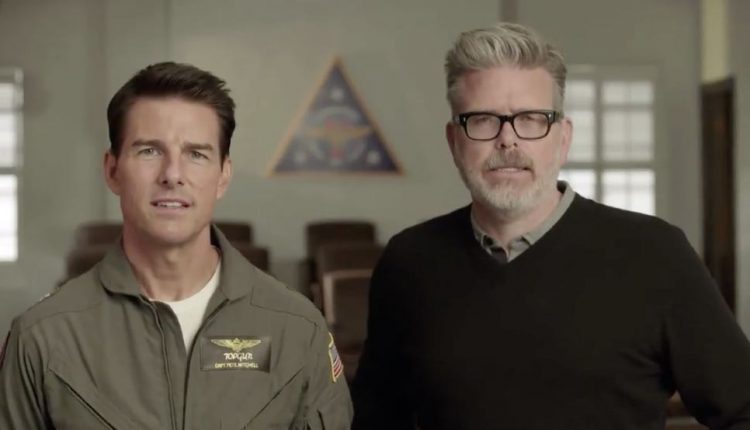 Should we listen to Tom Cruise and turn off motion smoothing on our TV?

When we watch Tom Cruise he is normally performing his own death-defying stunts but his most recent appearance was telling us how we should be watching movies on our televisions at home.

He and McQuarrie went back and forth basically saying your high definition television’s motion smoothing, which is on by default, was making movies look like they were shot on high-speed video rather than film.

Cruise suggested googling how to switch off this feature, called by various names depending on the TV brand, on your television to enjoy the movie as the filmmakers intended.

I’m taking a quick break from filming to tell you the best way to watch Mission: Impossible Fallout (or any movie you love) at home. pic.twitter.com/oW2eTm1IUA

The issue is a film shot at 24 frames per second when displayed on a 4K Ultra High Definition or full high definition TV is far slower than the television’s refresh rate.

And in scenes where there is a lot of movement this leads to motion blur.

This setting on your TV is known by different names on different TVs.

Sony call it MotionFlow, LG TVs have TruMotion and Samsung TVs include Motion Plus which are all on by default to smooth out the image and reduce judder.

And to smooth out the image, the TV has to add frames that aren’t actually there in the original film.

The result is a hardening of the image with an artificial coating that the industry refers to as the “soap opera effect”.

But Tom Cruise is not the first Hollywood figure to speak out about this.

Other Hollywood directors including Christopher Nolan (Dunkirk, The Dark Knight) and Rian Johnson (Looper, The Last Jedi) are also opposed to this TV feature being on out-of-the-box.

What Tom Cruise has done is bring it to our attention.

So should we heed the Hollywood stars advice on the “best way to watch any movie you love at home”?

We say it’s a good bet, most high definition TV owners weren’t aware of the feature and how it was smoothing out the image.

After all, most viewers are seeing the film for the first time and would assume that these high-speed action scenes look that way to begin with.

It is only film directors talking about how differently their own films look on televisions.

From a manufacturers point of view, they want the picture quality on their televisions to look tiptop.

So there motive is to give you what they think is the best picture which is with reduced motion.

For us, we think motion smoothing is a great feature for anyone who loves watching sport on TV.

It does make it easier to watch with a smoother image.

But in the case of films, we don’t mind the odd smoothing here and there.

Image processing and real time enhancement has certainly come a long way with today’s TVs and while filmmakers may cringe at how their movie appears on modern screens, the quality is still there.

To us it’s like the beauty mode on smartphones that smooth out your skin and take out the wrinkles.

Others would prefer a more realistic and honest snapshot.

That’s exactly what filmmakers are after.

It could come to a stage where, the next-generation TVs will offer the viewer a more transparent and easier to access choice on how they prefer to watch the film.

Whether it’s Tom Cruise or any other Hollywood A-Lister making a public service announcement like this about how we should watch their films, at the end of the day, it’s your TV and you are entitled to watch it exactly how you want.