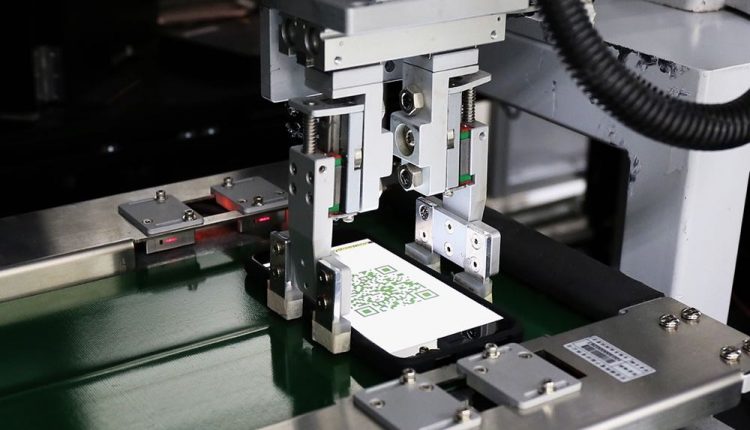 Ever wondered how your smartphone is designed, manufactured and tested? Tech Guide got a chance to find out when we went behind-the-scenes at the HTC factory in Taipei.

Located in Taoyuan City on the outskirts of Taipei, HTC’s factory looks like any other office building.

But once you step inside the pristine halls and don a lab coat, hair net and shoe coverings, you quickly discover it is something far different.

We were given access to the factory floor where we watched HTC’s brand-new U11 smartphone go from components to completed product in the box.

TECH GUIDE’S HANDS-ON LOOK AT THE HTC U11 SMARTPHONE

The HTC factory in Taipei has 40 production lines with each capable of producing 2400 smartphones each every day.

That’s a staggering production rate of 96,000 devices per day.

Much of the process is automated but there was still a surprising amount of human contact with the product during the manufacturing process. 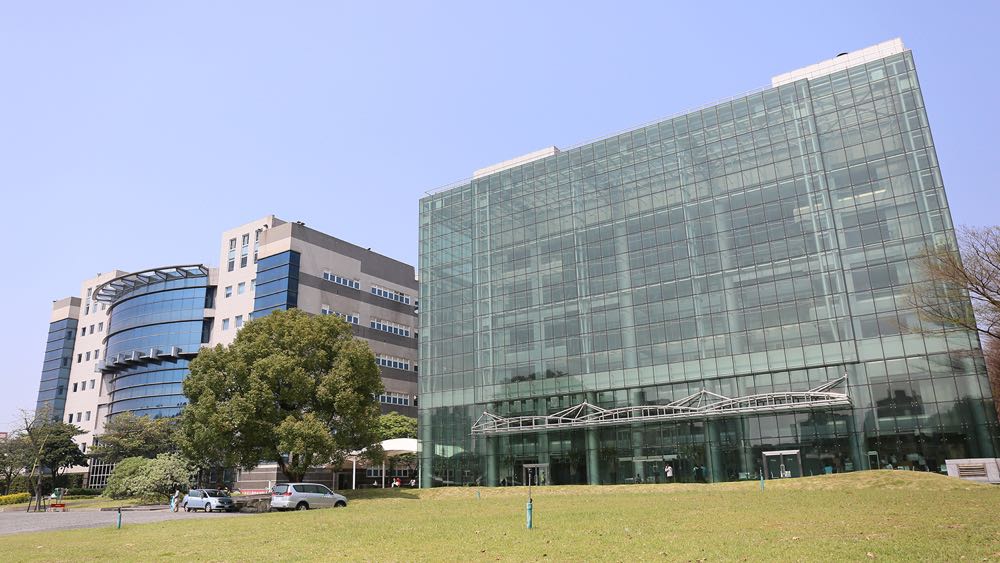 It all starts with the components and soldering them onto the printed circuit boards before these parts are then tested and passed down the production line.

Each board has more than 6000 points that require testing but this happens in a matter of seconds.

Robotic arms move the circuits through the testing process until it’s time to be inserted into the smartphone’s chassis.

At this point other modules are added including the radios, the battery, the camera and speaker. 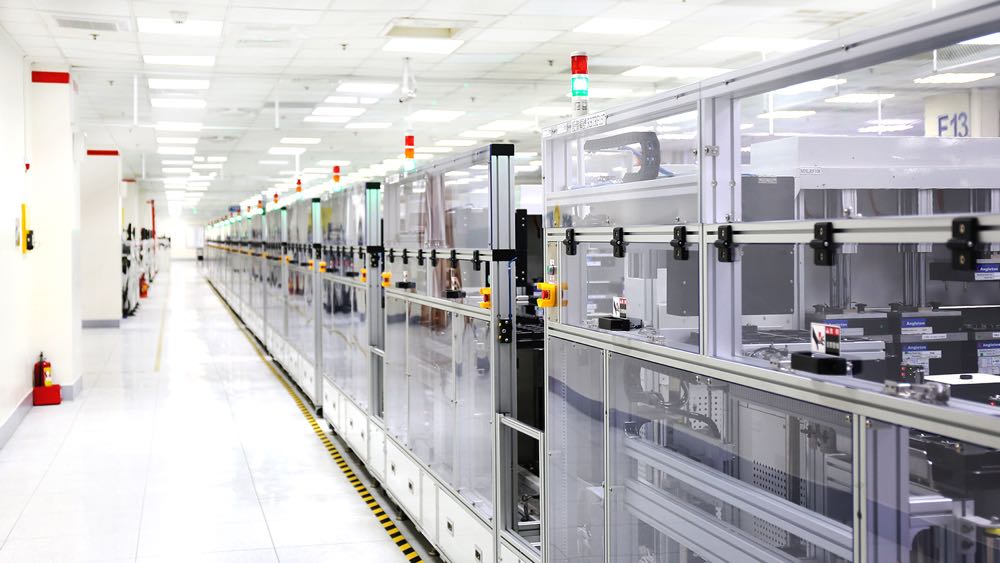 The display and rear panel are then glued together and sealed to make it watertight.

Every single device is then given a tumble test – where the device is inserted into a box and spun several times to test its durability.

Following this inspection, the device moves along the line for display testing to ensure colours are being produced correctly.

The SIM card tray is then inserted along with a microSD card which installs software designed for that phone’s destination country. 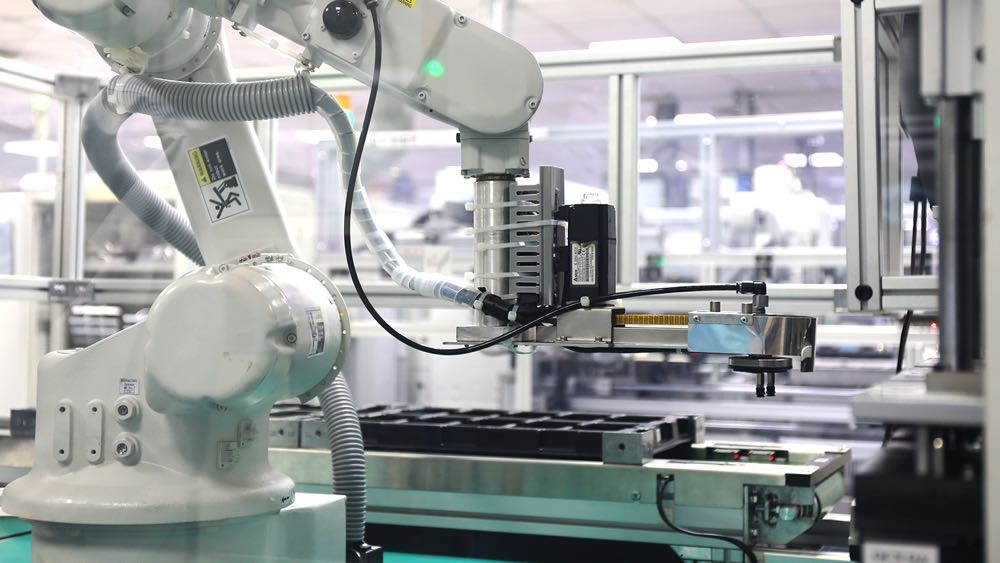 It’s at this point where the HTC smartphone enters its final phase before it is packed away inside the box.

Each phone is individually wrapped in plastic – a process we assumed would be done by a machine – by a person on the line.

It is here where the phone is inserted into the box along with the earphones, the charger and other accessories. 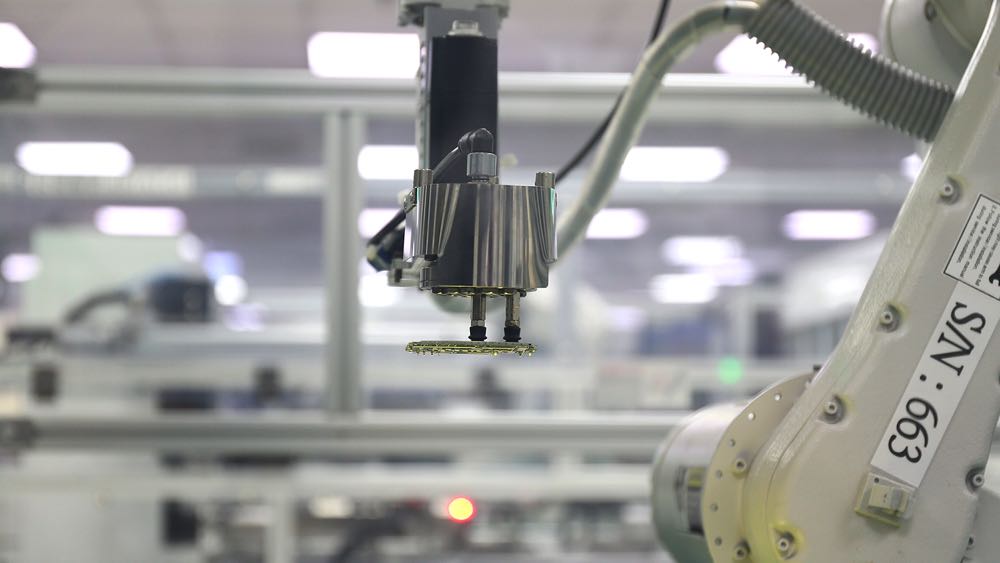 And before the box leaves the line, it is weighed to ensure nothing has been left out or added.

A short distance away, in an adjoining room, staff then choose random boxes from the production line to ensure each has been packed correctly to give the customer an enjoyable out-of-the-box experience.

But that’s not where it starts or ends for HTC. 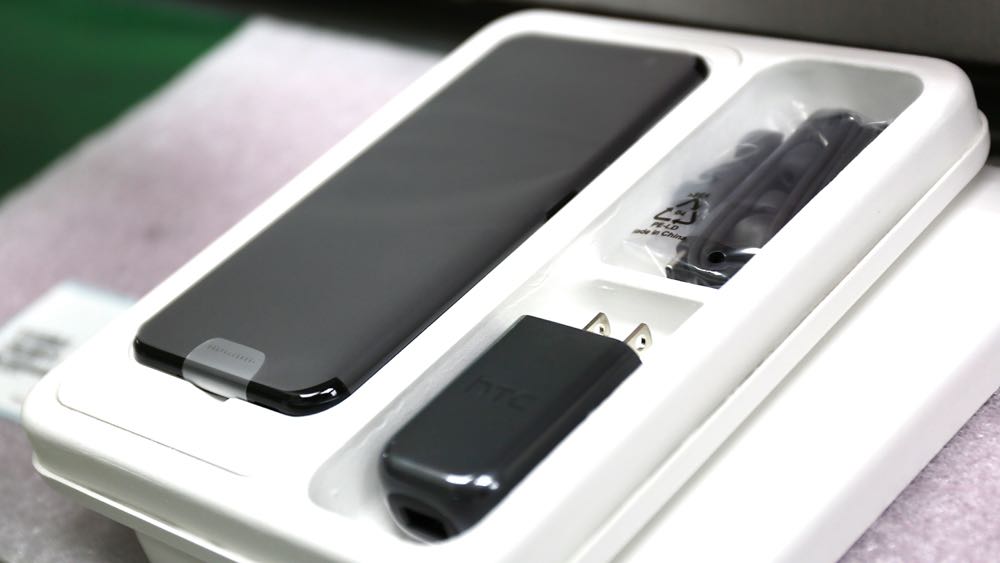 Tech Guide also toured the company’s design labs where ideas for the look of the products as well as the materials with which they are constructed are born.

Designers here look for inspiration in many different areas including nature and materials.

The latest result from the design lab includes HTC’s impressive liquid surface design which reflects and transforms light by moulding glass to the chassis. 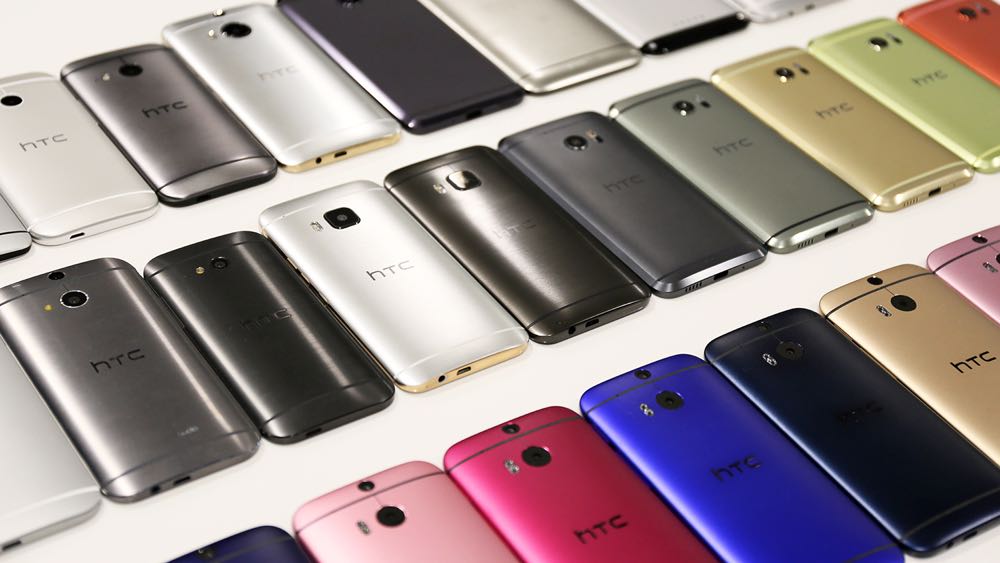 But before the product gets into the hands of the customer, it needs to be tested.

We took a look at the labs at HTC headquarters where they tested the audio capabilities and the camera quality.

Inside the audio lab are anechoic chambers that test the speaker quality and its capabilities under a number of different scenarios.

The results are examined to ensure the speaker performs within an acceptable range without distortion to provide the customer with excellent sound quality. 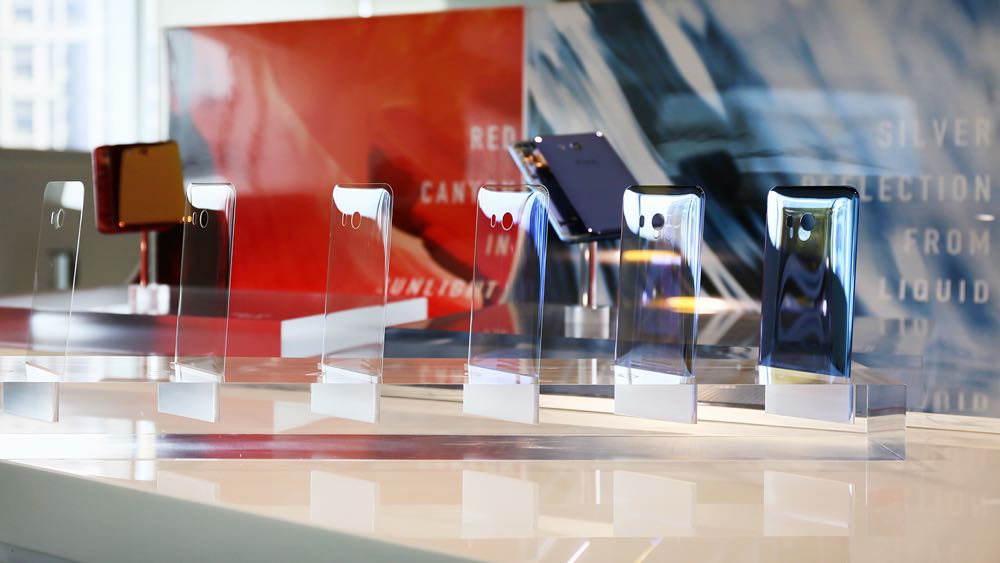 But it’s not only about listening. There are labs which also test how well you can be heard.

A torso shaped device has been constructed to simulate the way we hear and speak on the phone.

HTC is able to create various user scenarios to simulate the typical surroundings where we would use the device. 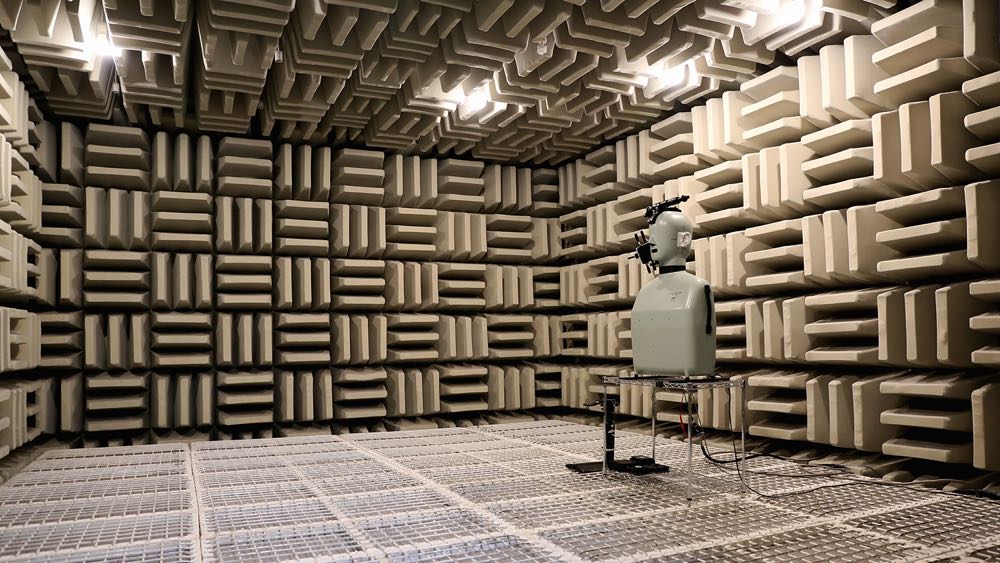 In the lab speakers positioned around the room reproduce sounds that we hear in the office, on the street, in a café and on a plane to ensure the call quality is loud and clear.

In HTC’s camera lab, the phone’s camera is tested under various light conditions. 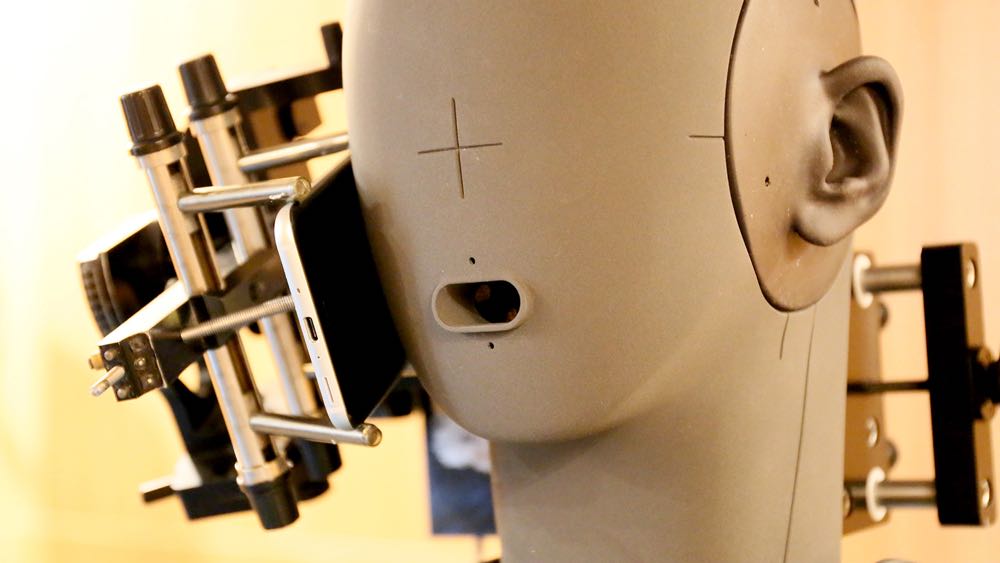 The goal is to ensure the camera can reproduce colour accurately and have a true white balance.

Another test in this lab is for the optical image stabilisation and how it performs alongside other smartphones in the market. 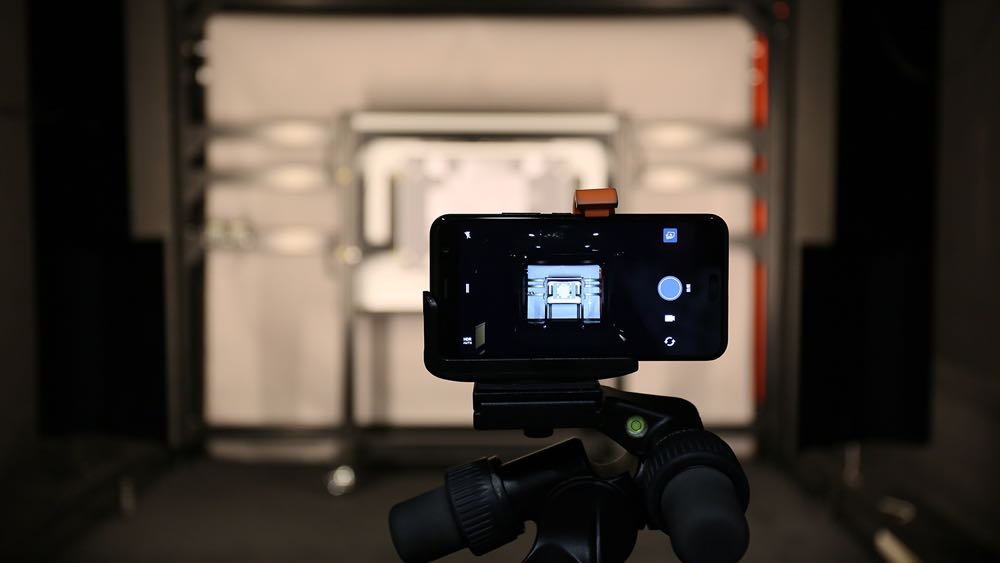 So, next time you have your smartphone in your hand, you can appreciate just how much work went into bringing it to you.