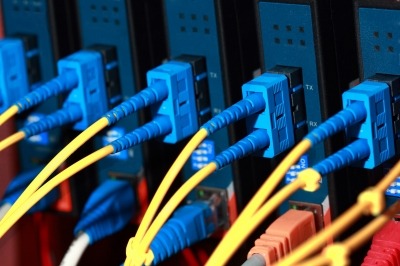 NBN Co has completed landmark deals with Optus and Telstra to pave the way for a faster rollout of the high-speed network across Australia.

The agreement means NBN Co will progressively take ownership of Telstra’s copper and Hybrid Fibre Coaxial (HFC) networks in parts of Australia that will allow the fastest and most cost effective ways to deliver fast broadband to Australians.

NBN Co will also acquire the Optus HFC cable network – usually located in areas where there is no Telstra HFC cable – to also speed up the NBN’s rollout.

The transfer of all of these HFC assets to NBN Co will not incur any additional costs to taxpayers.

But it’s still going to take until the year 2020 to be completed.

By this time there will be more than 8 million premises connected with access to download rates of at least 25Mbps.

The majority of premises in the fixed line footprint will have speeds of at least 50Mbps.

There will be a further 3.3 million homes and businesses connected by June 2016.

To date more than 309,000 premises have already been connected across Australia.

“This deal will bring down the overall cost of building the NBN and enable us to complete the rollout much earlier than originally anticipated with less disruption to residents and communities,” NBN Co CEO Bill Morrow said.

“What’s more, making use of technologies such as HFC – rather than decommissioning them – enables Australia to capitalise on the significant investments being made globally in broadband technology.

“In short, this transaction is an essential step to spur Australia’s greater participation in the digital economy and help close the digital divide.”