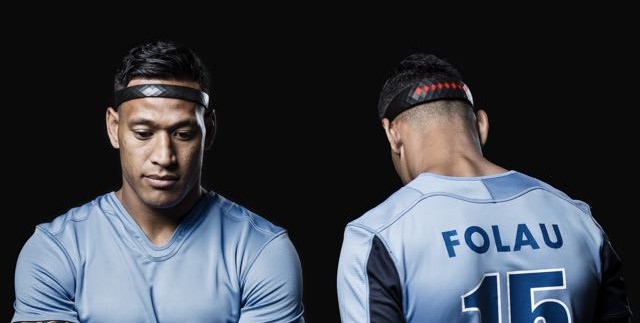 Samsung Australia has developed a prototype product that has the potential to change the way major sports deal with concussion by accurately relaying the severity of head knocks in real time.

The BrainBand is worn by a player like a headband and has sensors on board that can detect both the direction and strength of a head knock and relay that information to an app which can be viewed instantly by the referee, medics and coaching staff.

The band also has a series of LED lights to offer a visual representation of the severity of the hit with yellow, orange and red for high impact to indicate a player should leave the field foe assessment.

The product is the result of Samsung’s Launching People program which brings experts from different backgrounds together to solve real world challenges using technology.

In this case, it partnered neuroscientist Alan Pearce with industrial designer Braden Wilson who together came up with the BrainBand.

The issue of concussion among players has been a serious one especially in the NRL and the AFL and a device like the BrainBand – which registers the G-force of an impact – could go a long way towards protecting players.

The data generated by the BrainBand can help researchers gain a better understanding of the short term and long term effects of concussion.

It can also provide players with a medical passport that allows them to track their health in the event of repeated concussions.

“What we’re really trying to do is create a cultural change and awareness around concussion in sport,” said engineer Wilson.

“We wanted something that was not out of place. We’ve kept it fairly subtle so it can stay in the background.

Dr Pearce, a neuroscientist and researcher, said the BrainBand can provide an objective measure of an impact instead of guessing whether a player has had a concussion or not.

“At the professional level they have a sideline concussion test which is still based on interpretation of symptoms but having some data to say there is this amount of force that was coming in this direction changes all that,” he said.

“At the amateur levels they might not even have a medic and the trainer might not be equipped to judge the effects of a concussion.”

And the decision to measure the impact in G-forces was designed to allow anyone to understand the severity. The higher the number, the higher the force of the impact.

“We wanted a number that would also be understood by non medical people,” Dr Pearce said.

“G forces are suitable for that rather than trying to interpret typical measures which are still sitting underneath.”

Samsung ambassador and dual international Israel Folau was the first player to trial the device.

“I think it’d be great if every player in Australia had access to this kind of technology to make contact sports safer for current and future generations,” he said.

Recently AFL player Tyrone Vickery from Richmond collapsed after attempting a mark – but he was 80m away from the ball.

It turned out Vickery was suffering severe concussion but no one had seen or noticed the impact he suffered.

“They worked out he wasn’t dehydrated and didn’t have heat stress but he had classic symptoms of concussion,” Dr Pearce said. 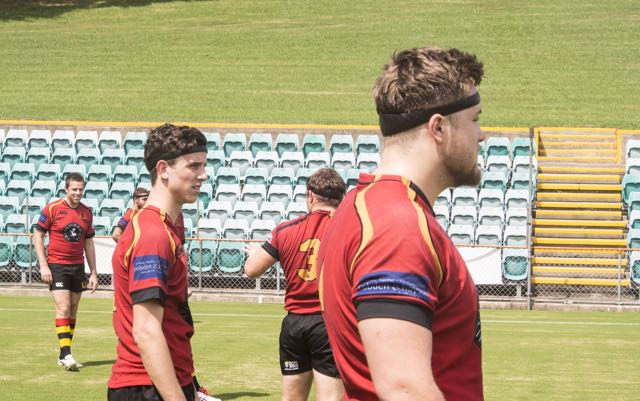 “He received a slight hit to the side of the head. Something like this would have picked it up with the BrainBand. A lot of hits get missed.”

Dr Pearce admits there’s still a lot we don’t know about concussion but products like BrainBand can go a long way in helping researchers learn more.

“We have a long way to go because we don’t have the objective markers in terms of the event itself – that’s the big step for us,” he said.

“The club doctor knows the players best and there is no issue about that – there’s always been a little bit of an issue with bias in the decision making because he or she knows them really well and they my think they’re OK.

“If a player had a partly ruptured Achilles tendon would a medic let you back on and play knowing you’re going to completely rupture it so why would you do the same thing with your brain?

Philip Newton, CMO, Samsung Electronics Australia commented on the program: “At Samsung, we have a strong belief in pushing the boundaries of technology and challenging the current perception of what is possible through innovation.

“This is why we are extremely proud to have helped facilitate the work of Dr. Alan Pearce and Braden Wilson to create the BrainBand prototype to aid research into concussion in sport.”