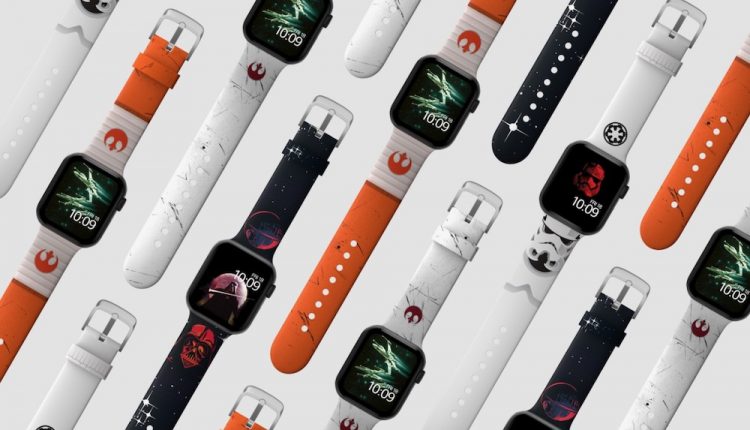 If you’re a Star Wars fan and you own an Apple Watch we have great news. Moby Fox has just released a set of watch bands and watch faces so you can show your allegiance to the light and dark side of the Force.

The bands are made from soft silicone and are sweat resistant with silver buckles and featuring either Rebel Alliance or Galactic Empire logos. 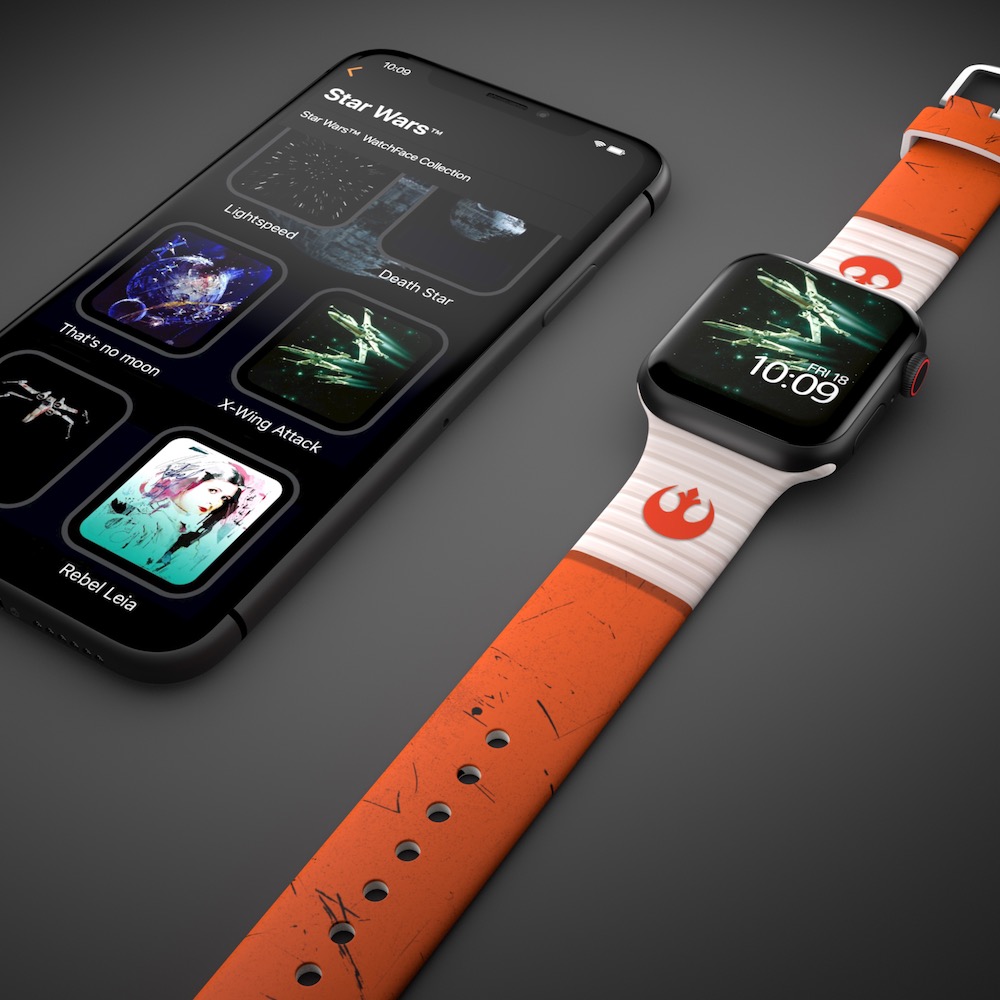 There are four MobyFox bands that fit the 44/42mm Apple Watch in the collection:

Stormtrooper – the stylish and unmistakable monochrome helmet design is accompanied by the Galactic Empire crest. 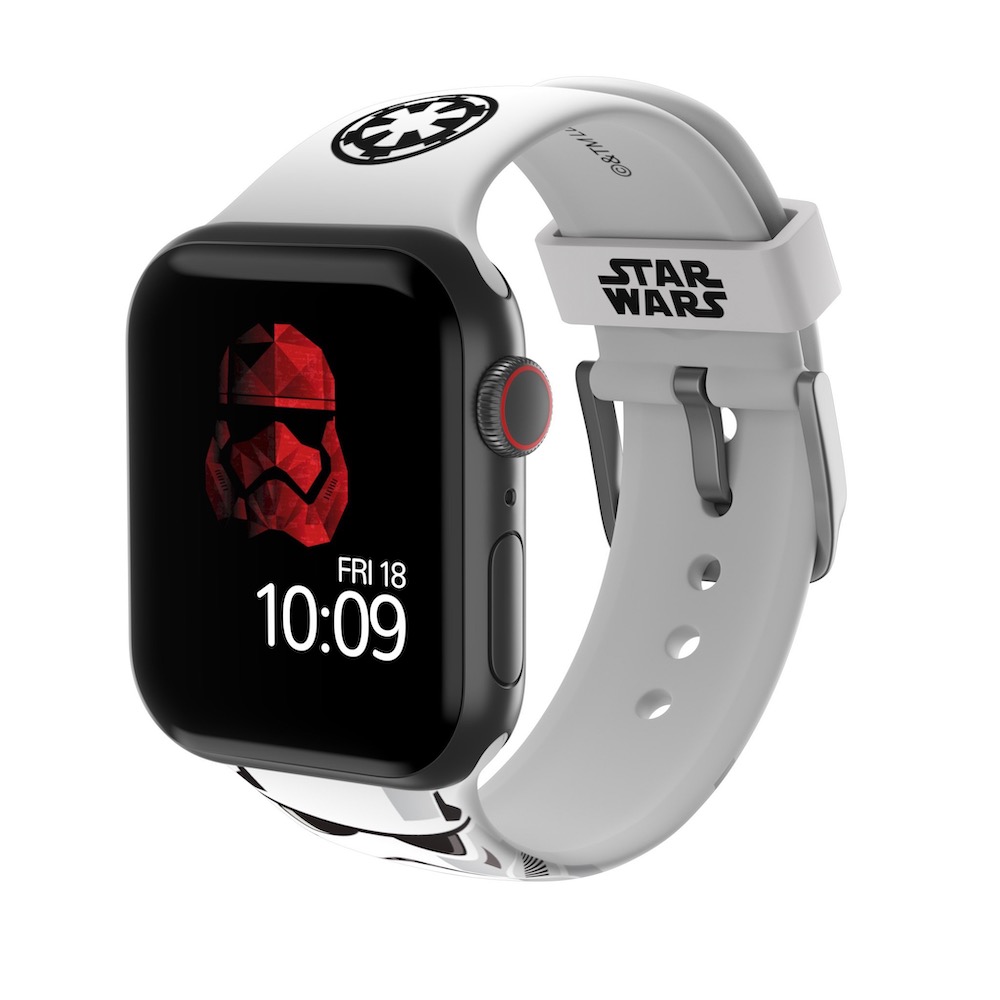 Darth Vader – shows off the power of the Dark Side with a distinctive black band and glistening galaxyscape.

X-Wing – pays homage to the greatest ship in the galaxy with eye-catching orange highlights inspired by the Rebel Alliance flight suit. 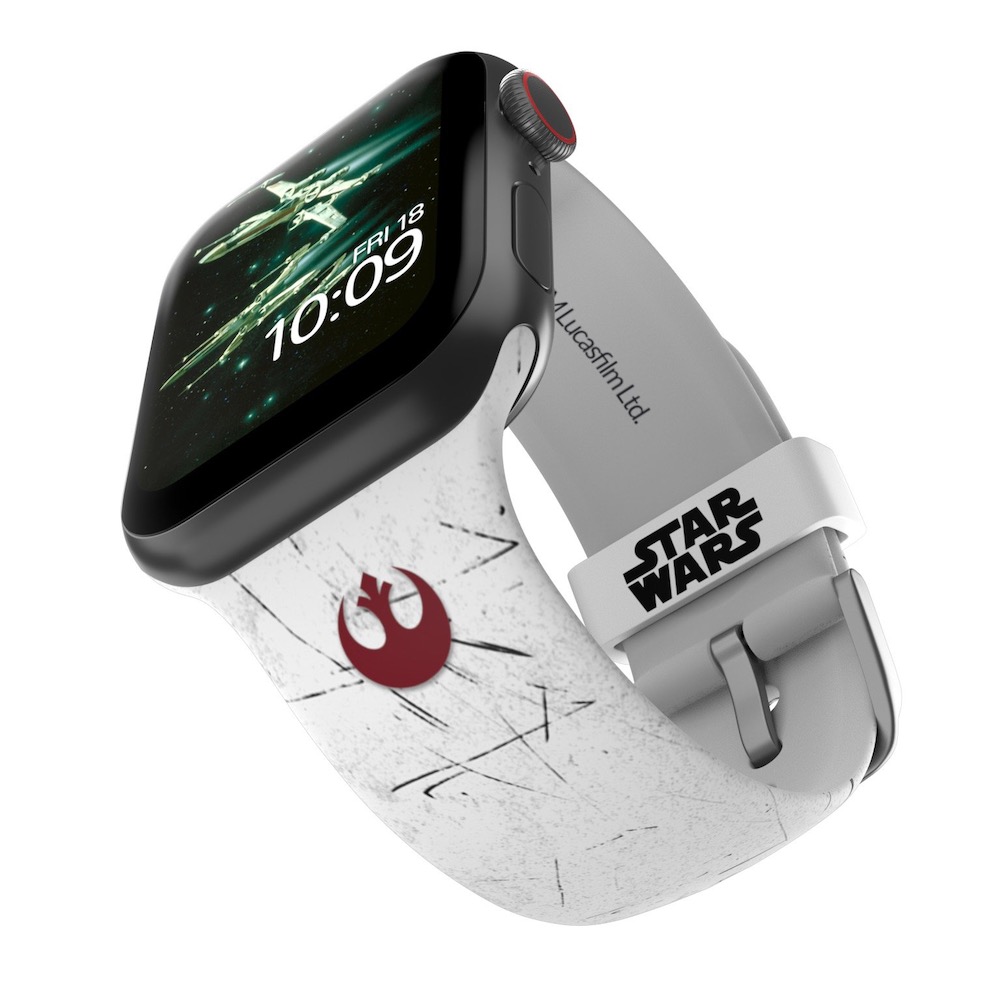 In addition to the bands there are a range of 26 Star Wars Apple Watch faces which can be installed through the MobyFace app.

These includes images of Darth Vader, Stormtroopers, Princess Leia, Yoda, the Death Star, an X Wing, Millennium Falcon and other systems and ships.

The MobyFace app is free and can be activated to access the watch faces when you scan a QR code that’s included when you purchase a Star Wars watch strap.

The MobyFox Star Wars Apple Watch straps are available now and are priced at $69.95 each from the MobyFox website.

Hisense to launch 8K ULED TVS in Australia in 2020