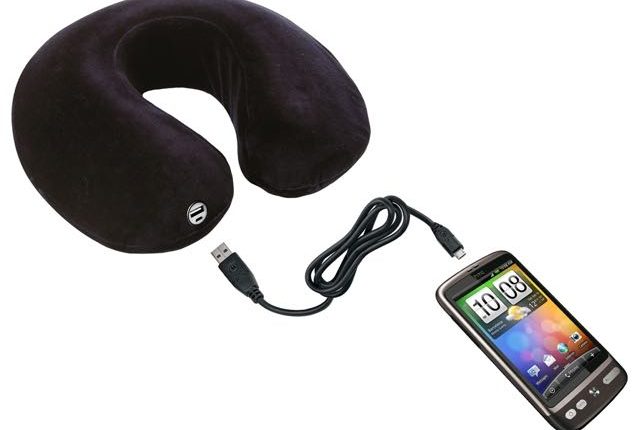 It’s a common sight to see people walking the streets, or sitting down in shopping centres and on public transport starting down at their mobile device –so much so we’ve actually developed a condition called Text Neck.

This is actually a medically recognised condition with doctors saying we are doing real damage to our spines looking down at our phones all the time.

The greater the angle we tilt our heads to look at our smartphones and tablets, the more pressure the weight of our heads puts on the cervical spine.

Text Neck can cause headaches, upper back pain, shoulder pain, neck pain and increased curvature of the spine. 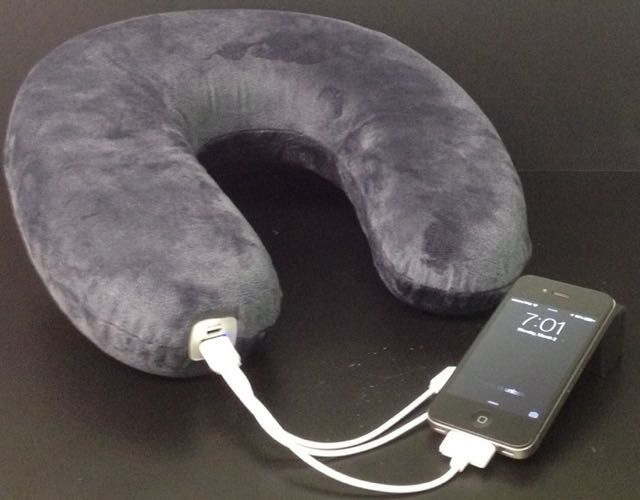 But an entrepreneur is trying to solve this problem with a new product that looks like a travel neck pillow that prevents the user from tilting their necks too far to look at their device.

It’s called the PowerUp Pillow because it also has a charger built-in and can kill two birds with stone – prevent Text Neck and charge your device at the same time.

And looking like a travel pillow it’s ideal for air travel so you don’t need to find a power point for your phone – it’s already in the pillow you’re wearing in preparation for the flight.

Now that might not look out of place at the airport but people will look at little strange using the PowerUp Pillow out in public and on buses and trains which essentially looks like you’re wearing a neck brace.

The product’s creator Al Corona says he got the idea from riding the subway and noticing how painful his neck and shoulder became after the hour-long ride.

That’s when he decided to buy a neck pillow to alleviate the strain on his neck, back and shoulders.

His pain went away but he thought the next step was adding a battery charger to keep his smartphone from dying on the long journey.

Corona has currently listed the product on Kickstarter in the hope of getting enough backing funds to go into full production.

Pure releases a range of digital radios that really Pop