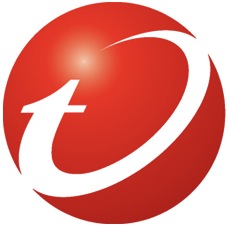 Mobile App Reputation is an industry first that can automatically identify issues with the app that can impact the user’s safety, security and impact the device’s resources.

As of September last year there were more than 500,000 apps in the Android Market according to Research2Guidance.

Trend Micro’s own threat research experts identified more than 1000 malicious Android apps in 2011 with that figure growing by 60 per cent month on month.

In 2012 Trend Micro believes the number of malicious Android apps will grow to an astonishing 120,000.

Google says the Android Market had grown to a download rate of more than a billion apps a month as of December 2011 and is attracting a growing number of cyber criminals.

Trend Micro’s Mobile App Reputation is similar to Google’s Bouncer Service which focuses on malware detection in the Android Market.

“Google Bouncer Service is a great first step toward getting additional security control over the Google App Store so we applaud Google.  But we still need to see security measures for all the other Android App stores,” says Trend Micro CTO Raimund Genes.

“We have been working in the mobile space for many years, so using our recognized expertise in cloud security to protect the mobile ecosystem is a logical progression.

“We already provide our technology to 3rd party app stores who are looking for an automated procedure to vet the applications they want to distribute.

“Integration of mobile application reputation could help to protect their users, while also helping them to provide upfront information about potential security, privacy and resource impact of certain apps before they are downloaded.”

Trend Micro currently tracks more than 250,000 Android apps and has the capacity to add more than 5000 further apps a day as more apps are released.

Consumers can download a free Android malware scanner at https://market.android.com/details?id=com.trendmicro.tmmspersonal