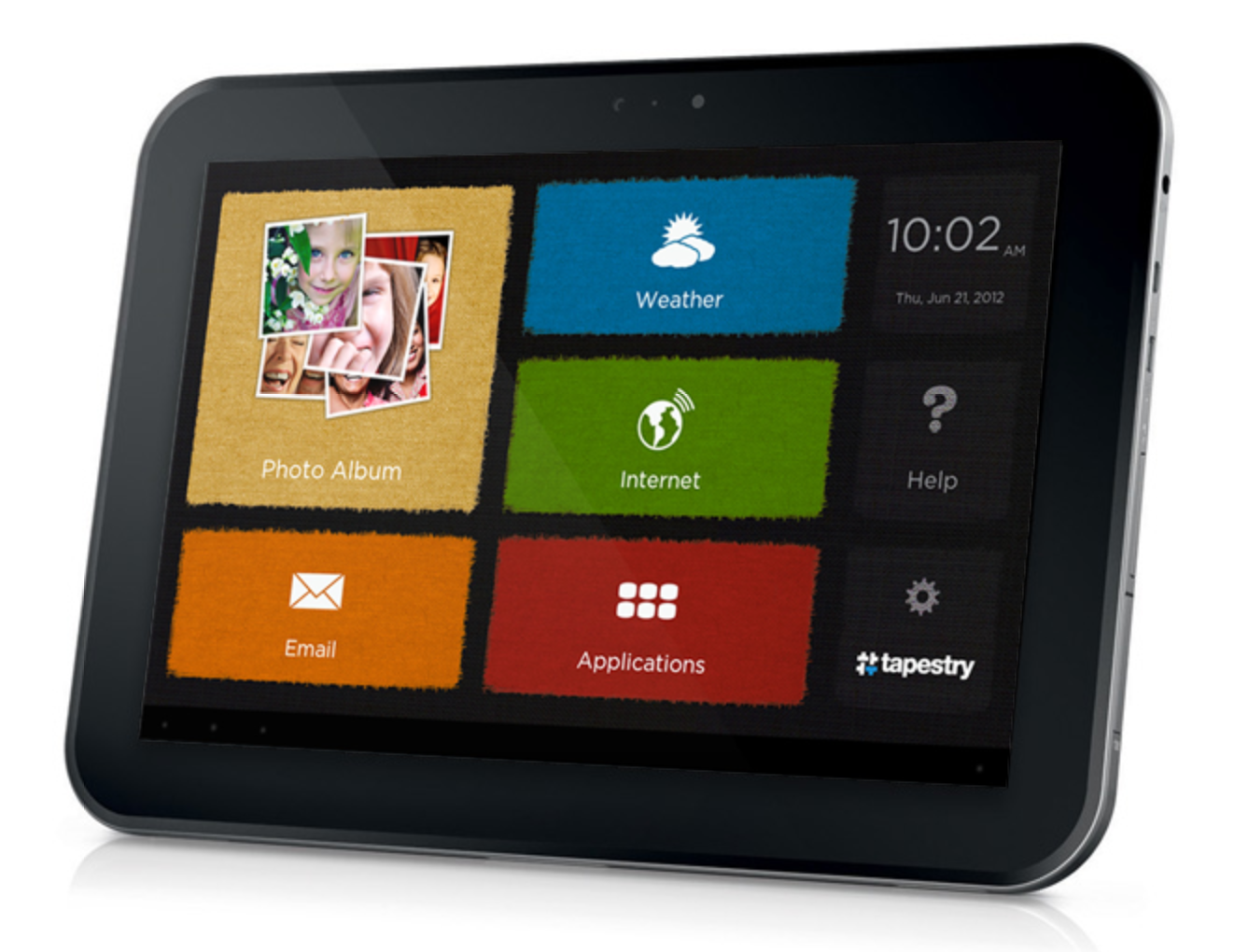 Tapestry is a new social media platform designed for seniors

Australian entrepreneur Andrew Dowling has launched a new app called Tapestry which is designed to keep seniors in touch with their friends and the community.

Tapestry can connect older users with their loved ones through a simple interface on a tablet or computer browser.

Rather than following their children and grandchildren on numerous social networking sites like Facebook, Twitter, Instagram, Google + and email, Tapestry funnels all of those feeds into one place where pictures and messages are easily viewed.

The Android version of the Tapestry app can actually take over the tablet with a user interface that is simple and easy to navigate.

The iOS version for Apple’s iPad won’t allow the same takeover of the tablet but offers the same benefits once the Tapestry application is opened on the device.

Tapestry founder Andrew Dowling says looking after our older family members was the main motivation behind the project.

“Tapestry is the starting point of what we’re trying to do. How do you look after grandma when she’s no longer living in the same house and maybe not even in the same city?” Dowling said.

“Depression in seniors is huge – one in 10 say they feel lonely most of the time.

“The highest suicide rate in the world is actually males over 80 – we found there’s a lot of loneliness out there.

“You really feel for them because they’re kind of left behind and so we thought let’s start looking at how we can enrich their lives.”

Once completed, a tablet is given to the senior user and they can easily view all of the family latest updates shared on their respective social networks in one place securely and privately on Tapestry.

From the home screen there is easy access to photos whether they come through Facebook or email along with a simple email client and a weather widget.

There is no advertising on Tapestry with low monthly fees starting at $10 per month to maintain the account and keep your older family members in touch.

“We’re still experimenting with the right pricing model. There are no ads but we have to make some sort of revenue here – we’re trying to keep it as cheap as possible,” Dowling said.

Dowling says he has seen first hand how Tapestry can increase contact between families and their older relatives.

“My grandma is in a home and when I first told here about Tapestry she said “that’s nice Andy” – but the first week we actually gave it to her she called me up three times to say thanks – and she hardly ever calls me up,” he said.

“Seeing those things come in makes them feel like they’re a part of things.”

But Dowling revealed the original plan for Tapestry was to produce its own tablet running its own software.

“We had big dreams. When we started the business we were going to produce our own tablet,” he said.

“We had manufacturers lined up in China and we found that even though we had a proof of concept and a manufacturer and a whole lot of stuff lined up – investors in Australia just weren’t interested in a hardware product.”

Tapestry has already kicked off in Australia and has just been accepted into Advance Innovation – a government programme that takes six companies to the US to allow them to present to Silicon Valley investors.

Tapestry is available now for Android and via the browser and coming soon to iOS.