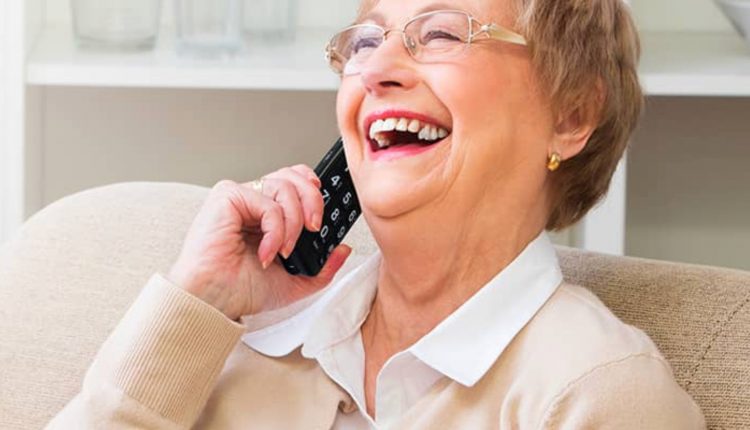 One of the biggest worries for customers, especially seniors, is keeping their home phones after the NBN rollout. But there is a way to keep your number even if you don’t connect to the NBN.

myhomefone allows users to keep their home phone and their phone number even without the NBN.

The NBN rollout meant customers had to use the new network to connect to the internet and to connect their home phones.

This has caused a lot of anxiety for older customers who didn’t necessarily want the NBN but who still wanted a home phone.

Most thought the only way of keeping your home phone and home phone number was by connecting to the NBN.

But that’s not the case.

myhomefone not only provides a phone but can also transfer your home phone number.

Customers who sign up to the service receive a cordless phone which uses the 3G network to transfer calls to your home number to the handset.

And because it runs on the Telstra 3G network it will still work even if there is a power failure – unlike NBN-connected home phones – thanks to the onboard rechargeable battery.

myhomefone is ideal for seniors. It comes with an amplifier in the handset to boost the volume and the device is also compatible with most hearing aids.

There are also large keypad buttons and a 2-inch screen which also displays large numbers and characters.

Because it connects to 3G there is no installation necessary – simply connect the phone and charge it and contact myhomefone to transfer your landline phone number.

Currently voice calls are carried on the 3G Telstra network but will shift to the 4G network when the 3G network shuts down in June 2024.

There are two myhomefone models to choose from – the basic myhomefone connects via 3G and the myhomefone + wi-fi hotspot includes a 4G LTE cordless phone and it creates a wireless network for your other connected devices.

Plans start at $29.95 per month which includes line rental and handset rental with calls charged at 10c per call.