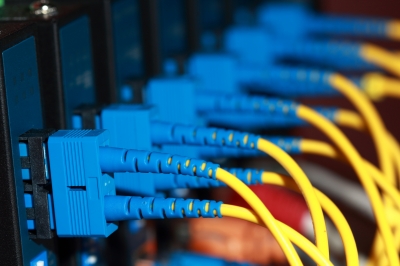 The Coalition has unveiled its plans for the National Broadband Network which it says it will deliver sooner and cheaper – but slower – than Labor’s version.

It was presented by Opposition Leader Tony Abbott and shadow communications minister Malcolm Turnbull at a special press conference.

The Coalition plan is estimated to be $17 billion cheaper ($20.4 billion to Labor’s $37.4 billion) because they will adopt a FTTN (fibre to the node) approach instead of Labor’s plan for FTTH (fibre to the home).

With FTTN the fibre is run to exchanges and then taken to individual homes either with the existing copper network or with fibre in areas where the copper line is in disrepair or non-existent in the case of new homes and developments.

Mr Turnbull pointed out the main saving would be in labour costs because there was less work involved running fibre to the node instead of each premises.

Labor’s plan is to connect 93 per cent of Australian homes, schools and businesses – whether they want it or not – with fibre.

Fibre is run through existing infrastructure or new trenches and involves up to three times as much labour costs as the Coalition-backed FTTN option.

Apart from the obvious cost savings, FTTN will also be a faster project to complete with the Coalition aiming to have most Australians connected by the end of its first term in 2016, if elected.

The main criticism of the Coalition plan is the reliance on the existing and aging copper network.

Despite claims that Telstra’s copper network – now the property of the Federal Government – is past its use-by-date, it is still remarkably efficient. Telstra says only one per cent of customers ever experience a fault each year.

Mr Abbott said there was no reason why the existing copper couldn’t continue to be used.

“One of the real problem with Labor’s version of the NBN is that it junks perfectly useful infrastructure,” Mr Abbott said.

But despite a promise of increased speeds of up to 50Mbps this will be much slower than Labor’s promised speeds of 100Mbps.

The Coalition plan, which will only take effect if they win the election in September, promises speeds of up to 25Mbps by the end of its first term in 2016 – five times faster than average speeds offered to households today.

If elected for a second term, the Opposition will offer speeds up to 50Mbps by 2019.

“We are absolutely confident 25megs is going to be enough, more than enough, for the average household,” Mr Abbott said.

“The Coalition will spend more than $20 billion, but cannot guarantee any Australian a speed of more than 25 Mbps,” Mr Conroy said.

“The Coalition’s policy is simply inadequate for Australia’s needs now and into the future. It is like building the Sydney Harbour Bridge, with only one lane.”

The Coalition’s NBN vision also came under fire from independent MPs Rob Oakshott and Tony Windsor who both pledged their support to Labor in the hung parliament after the 2010 election partly because of its vision for the NBN.

Labor’s FTTH deployment, while more costly and taking longer to complete, according experts, will be closest to meeting the likely higher demand for data and speed in the future.

The Coalition’s FTTN option will be faster to complete and cheaper to roll out but will also be slower than a full FTTH fibre network and will likely require higher maintenance costs when compared to an all-fibre network.

The Greens also came out against the Coalition’s NBN policy describing it as a “farce”.