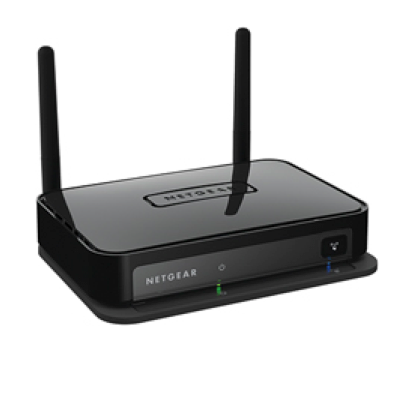 Australians are not as connected as they think they are, according to research commissioned by Netgear recently. The Connected Lifestyle Survey shows Australian users are not using their devices to their full potential.

The study was designed to find out which devices users are connecting with and how we are accessing and sharing content across these devices on our home networks.

Netgear is the market leader when it comes to connectivity products like modems and routers and has just released its 2012 range of devices.

These include a dual band wi-fi range extender, a media storage router and a powerline streaming product.

More than 1000 people aged 18-54 were interviewed for the survey which showed around one in three internet-enable devices are not used to access the internet.

That means more than 18 million internet-enabled devices were not linked to our broadband connection.

The research showed there are, on average, six digital devices in Australian homes. One of those devices – the gaming console – was connected to the internet by 42 per cent of owners.

Netgear CEO Patrick Lo says we’re entering an era where more devices can now connect to the internet and also to each other.

“From day one we always maintained that world would evolve from a PC to multiple PCs to multiple devices and ultimately into an everything connected world,” Mr Lo told Tech Guide.

“And I think we’ve gone through the first two PC to multiple PC – now we’re in the third phase of multiple devices – iPads, iPhones, Android phones, Android tablets, TVs connected on the house.

Mr Lo says the biggest surprise was the huge uptake of tablet devices that resulted in a rush to buy Netgear’s wi-fi extender products.

“It used to be you buy one wi-fi router and you’re home free and try to position that wi-fi router close to where your laptop is going to be but with a tablet you can’t predict where you’re going to take the tablet to,” he said.

“What we’ve seen is a huge uptake in wi-fi boosters. We’re selling tons of these wi-fi boosters and they put these boosters in between the wi-fi router and the place they want to use the tablet at the end of the house facing the backyard or near the garage.”

Speaking of tablets, the Netgear research, commission through Galaxy Research, showed these devices were popular across all age ranges – Gen X (19 per cent), Gen Y (14 per cent) and Baby Boomers (16 per cent) with a national average of 14 per cent.

Netgear’s new line up products include:

This device combines a router and an internal hard drive which means users can store and back-up their content as well as stream it to other devices on your network.

The device can be used for wireless back-ups and will also work with Apple’s Time Machine back-up as well.

The device can be easily set up without a CD or an Ethernet cable and features Netgear’s proprietary FastLane technology which enables faster wi-fi speeds over longer distances.

Sharing a network connection from one part of house to another can’t always be done wirelessly which is where the Powerline Nano comes in handy.

This device can create a network connection on your home using your powerlines through a standard power point.