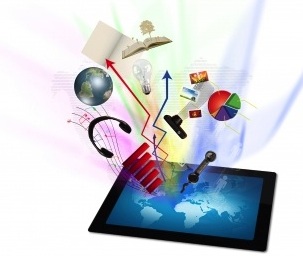 AppVillage can turn your app ideas into reality

Do you have a good idea for an app? A new program for app entrepreneurs called AppVillage has just been launched to turn those ideas into reality.

AppVillage is an incubator designed to foster the development and successful commercialisation of apps in an increasingly competitive market.

The demand for apps is in the rise thanks to the rapid adoption of smartphone and tablet devices.

But despite this healthy outlook, around 60 per cent of apps fail because of a lack of well-researched ideas, funding, production and marketing.

AppVillage’s mission is to provide support in all of these areas and work to build and market great apps by bringing together designers, developers, marketers and investors.

All parties involved in the process are given the added incentive of gaining a share in the royalties for the apps they help to create.

“Developers have the opportunity to work on not one, but many great app ideas in the community and knowing that they will be also sharing in the success of the project by earning a share in the ongoing royalties has been a very attractive proposition to draw some great app production personnel into the community,” says AppVillage founder Steve Fanale.

People with big ideas but who are still new to the app industry can benefit from the experience of AppVillage’s team from development and testing all the way to release and marketing.

“With demand for quality apps and competition increasing in both the Android Play and Apple’s App Store, high production values and effective marketing are critical to the success of an app,” Fanale said.

“AppVillage provides a rigorous app incubation process starting with assessing the commercial viability of the app concept, to assembling an expert team of engaged developers, designers, marketers and investors to work on the project and tight project management to give an app idea every possible chance of success.”

To kick things off AppVillage is running AppSuperCharger – a competition which will give developers a chance to win a $25,000 media and marketing package.

There will be five prize packs for the top iOS and Android apps which will be judged on design quality, market fit, user interface, features and business growth potential.

To be a part of the AppVillage community, visit the website at www.theappvillage.com.