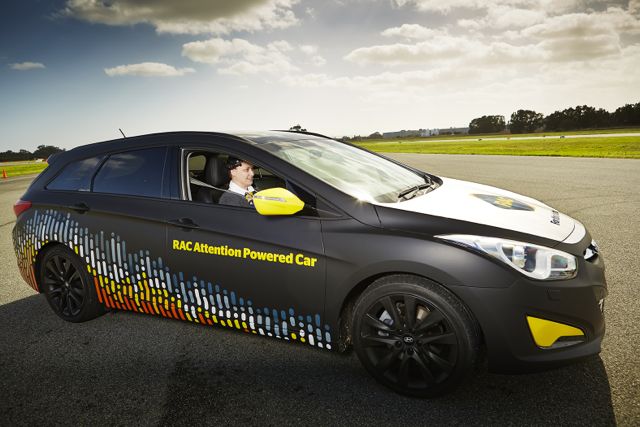 Driver inattention has been the cause of many accidents – some fatal – on our roads but a new Australian invention could prove to be a lifesaver.

The vehicle combines an Emotiv EEG neuro headset which registers a driver’s brain activity and connects it to the car’s engine using customised software.

The software relays the driver’s level of attention to the vehicle and when it drops, the car automatically slows down to a safer speed.

RAC’s technology was installed into a Hyundai i40 that can only run at full capacity when the driver is paying complete attention.

“The impact of inattention is now comparable to the number of deaths and serious injuries caused by speed and drink-driving which are all contributors to WA consistently having the worst fatality rate of any Australian state,” said RAC executive general manager Pat Walker.

“Nationally it is estimated inattention was a factor in 46 per cent of fatal crashes.

“Over the past 20 years, WA has gone from best in class to worst in class. Since 2006 we have consistently been above the national fatality rate and alarmingly more than half of the fatalities in WA happen on our country roads.

“If WA’s fatality rate came down to the national rate, more than 45 lives would be saved each year.”

The headset has 14 sensors to detect the electrical activity from the frontal, temple, parietal and perceptual areas of the brain.

It is activity from these parts of the brain that can tell if a person is focused or zoning in and out.

“We can’t read thoughts but we can figure out to a fair approximation what’s going on in the brain, in general terms,” says Geoffrey Mackellar, chief technical officer at research company Emotiv.

“We can generally detect if someone is alert, if they’re hearing things, whether they’re speaking, just from activity in different parts of the brain.

“We wanted to look for specific attention related to driving and we can detect that with quite good accuracy.”

The RAC will be using the Attention Powered Car to raise awareness about driver inattention.