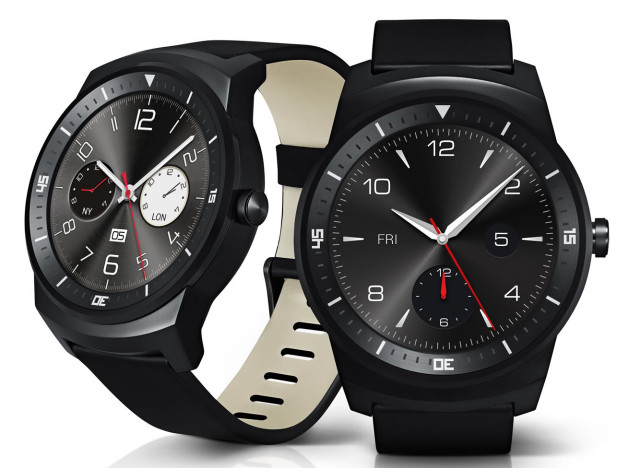 LG and Samsung will both be unveiling new smartwatches at the IFA consumer electronics trade show that kicks off in Berlin next week.

LG will be giving a sneak peek of the latest G Watch R while Samsung will unveil the Gear S.

LG’s G Watch R is the world’s first device to feature a 1.3-inch circular plastic OLED screen that uses 100 per cent of the display’s surface area.

It is powered by a 1.2Ghz Snapdragon 400 processor and is running Google’s Android Wear operating system.

At first glance it looks no different to any other watch thanks to its classic design and is waterproof for up to 30 minutes at a depth of one metre.

It also has 4GB of internal memory and a 410mAh battery. It will be released in the fourth quarter of 2014.

Samsung’s latest device, the Gear S, has a curved 2-inch AMOLED screen but the standout feature is built-in 3G modem.

That means the device can connect independently without being paired with a smartphone and still make and receive calls and messages.

Under the Gear S hood is a dual core 1Ghz processor and a 300mAh battery that will run for two days on a single charge.

The Samsung Gear S smartwatch will go on sale globally in October.

Tech Guide will be in Berlin for IFA and will bring you all the latest product announcements.