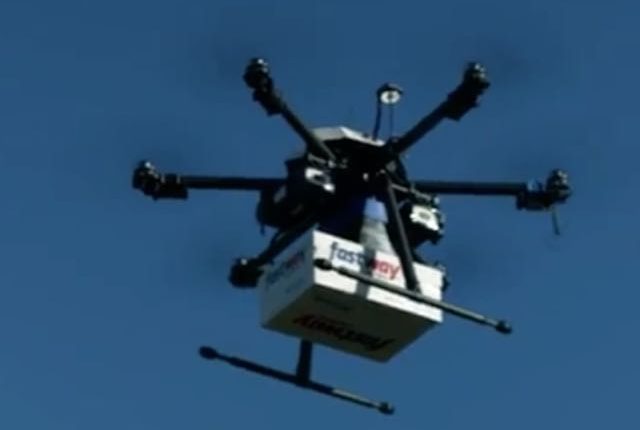 We’ve heard of drones being used for photography and film-making but one company has taken it a step further to become the first in the world to use a drone for a commercial delivery service.

Fastway Couriers in New Zealand have engaged the services of Flirtey – the drone delivery company – who had successfully trialled its first drone parcel delivery in Auckland.

It transported auto parts on a 1.9km trip and, in doing so, avoided traffic congestion below for a speedy delivery.

By road the journey would have taken 20 minutes but the drone took less than five minutes.

Flirtey was founded in Sydney in 2013 with a vision to revolutionise four industries – humanitarian, courier delivery, fast food and online retail.

“This is a significant moment because it is the first commercial drone delivery over a populated area in New Zealand,” Flirtey CEO Mathew Sweeny said. 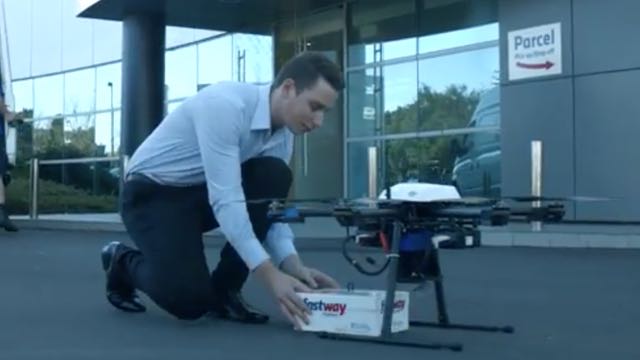 “Together with companies like Fastway, we have an opportunity to offer safe and reliable technology to turn drone delivery into a reality.

“As the entire concept and its technology continues to evolve, the sky is the limit. We’re pioneering a future where anything a consumer orders can be delivered directly via an unmanned aerial vehicle.”

The delivery drone is constructed from carbon fibre and aluminium. It has a 15km range and carry parcels weighing more than 2.5kg.

Once the drone arrives at its destination, the package is safely lowered to the ground by a cable.

Onboard safety features of the drone include a return-to-base mode in the event of a low battery or loss of GPS signal. 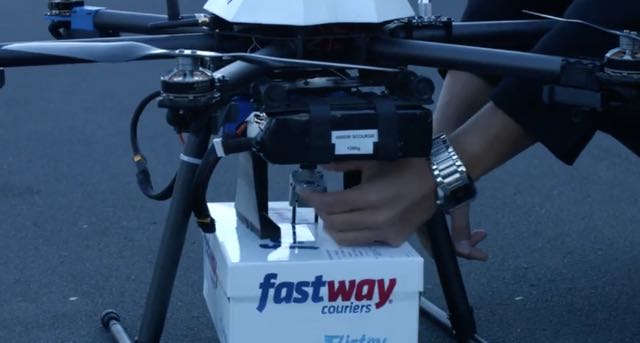 At Fastway, we’re always exploring new and innovative ways to enhance the customer experience and, although there’s no substitute for courier drivers, drone technology is rapidly progressing and may present future opportunities for increasing speed of delivery, particularly in traffic congested areas.”

Amazon has also put forward plans to begin parcel deliveries to customers in the US. The drones will be able to track the location of the person by using data from their smartphone.