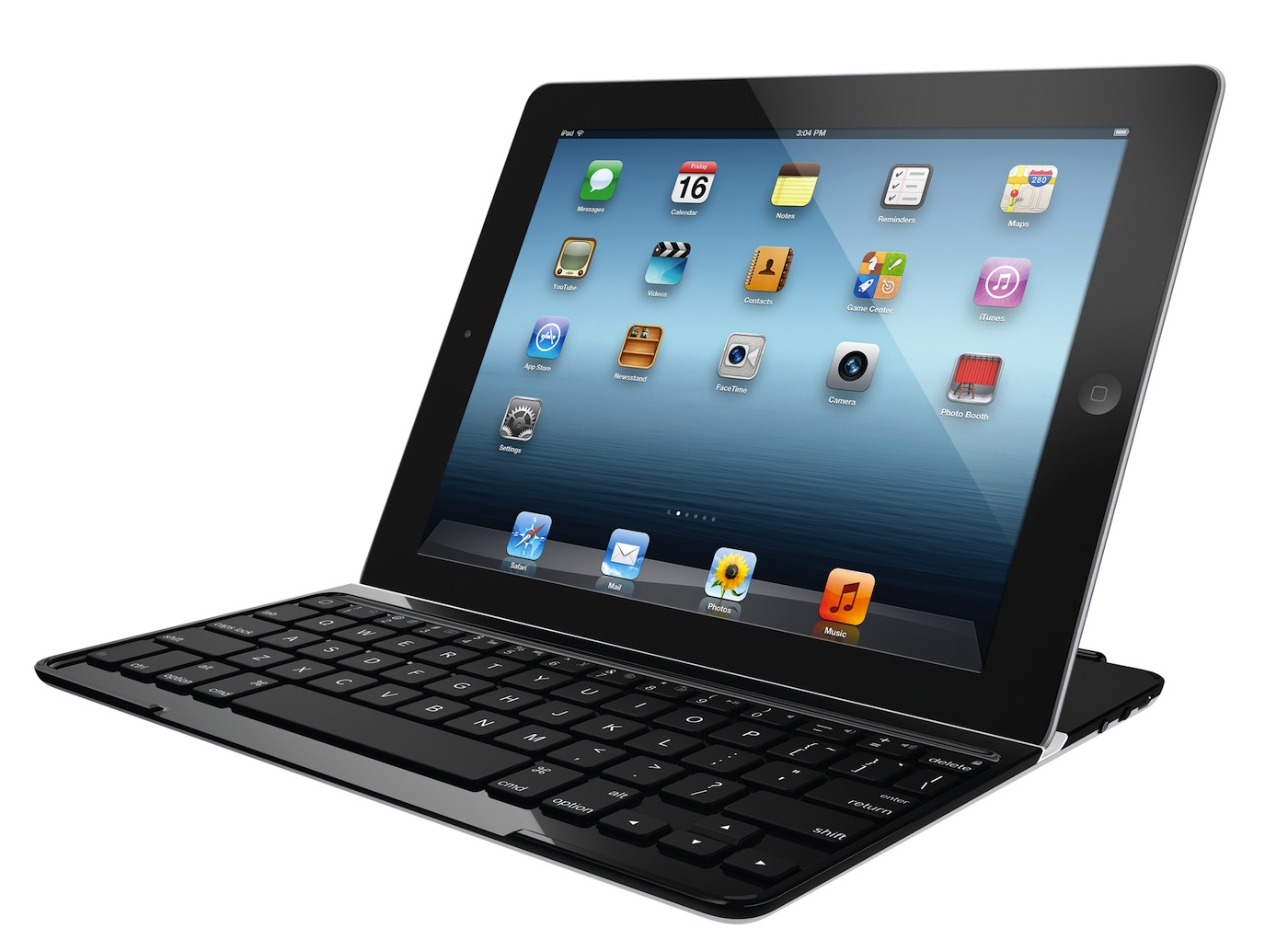 Logitech is well known for producing accessories for Apple products and the latest – the Ultrathin Keyboard Cover for the iPad – is one of its best ever.

It’s a wireless keyboard and, when not in use, it’s also a cover.

The Logitech device has a full five row keyboard, a slot for the iPad 2 or the new iPad to rest at a comfortable angle and a magnetic clip on the edge, similar to the one found on Apple’s own Smart Covers.

For those who prefer to feel a physical keyboard under their fingers, the Ultrathin Keyboard Cover is an excellent option.

The rear of the Ultrathin Keyboard Cover is metallic silver – the exact colour and feel as the rear panel of the iPad.

So this means when the Logitech Keyboard Cover attaches magnetically to the side of the iPad it closes to protect the screen and forms a matching cover.

It even puts the iPad to sleep and wakes it again when it’s opened.

The keyboard connects wirelessly to the iPad via Bluetooth and has its own internal battery which can be charged via a micro USB cable.

Typing on the keyboard is smooth, easy and accurate with function keys to replicate some of the touchscreen commands like select, cut, paste and copy along with media playback and volume controls. There’s also a home key in the top left hand corner of the keyboard.

In fact, this whole review was written using the Logitech Ultrathin Keyboard Cover.

A slot that runs the entire width of the Ultrathin Keyboard Cover also positions the iPad at the perfect angle in landscape mode to get a nice view of the screen while you’re working away at the keyboard.

There’s even a magnet inside this slot that engages when the iPad 2 or the new iPad is inserted with the left side down, volume buttons on top and the home button on the device is on the right side of the screen.

And then when you’re finished typing there’s no looking for a separate bag or carrying another loose item around with you.

Simply snap the magnetic clip on the Logitech Ultrathin Keyboard Cover on to the left side iPad and close the lid and you’re done.

The actual keyboard cover does live up to its ultrathin name and is actually thinner than the iPad itself so you’re not adding too much bulk or weight to carry around.

The only downside of the product is that being called a cover it only covers the screen and leaves the back of the iPad in the open. The Apple Smart Cover does the same thing and it’s still called a cover as well though.

The Logitech Ultrathin Keyboard Cover is available now and is priced at $99.95.

Foxtel launches app to watch Olympics on your tablet