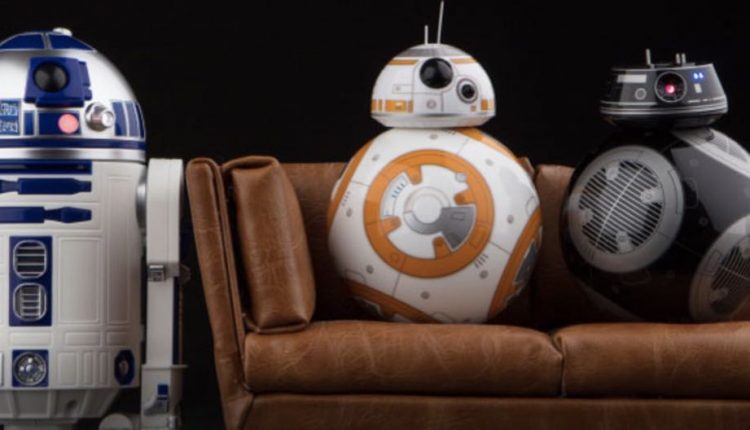 Now you can watch Star Wars: A New Hope with Sphero’s R2D2, BB8 and BB9E

Sphero’s Watch With Me feature where you could watch The Force Awakens with BB8 has now been extended to the new R2D2 and BB9E droids with the original Star Wars film added to the list.

Now anyone who owns Sphero’s amazing BB8, BB9E from The Last Jedi and R2D2 can sit down and enjoy the movie where it all began – Star Wars: A New Hope – and see and hear the entertaining reactions from the droids.

The droids express a range of emotions – excitement when they see themselves and the heroes and fear when Darth Vader and the stormtoopers are on screen.

They’ve also got quite the sense of humour so they’ll also have a lot of fun as well.

The supported films also include The Force Awakens and Rogue One and there are plans to include the other Star Wars films – Empire Strikes Back and Return of the Jedi – and the prequel trilogy as well.

Sphero is constantly updating the app that controls the droids so customers are always on the lookout for new features and capabilities.