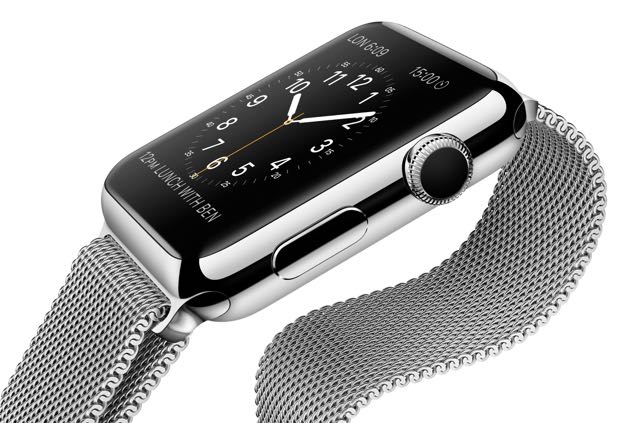 Apple has set themselves a new product course and with the introduction of the company’s first wearable device – the Apple Watch.

The Apple Watch has a touchscreen covered with sapphire glass and an all-new operating system.

Unveiled by at the Flint Centre for the Performing Arts – the same venue where Apple made history with the introduction of the original Mac 30 years – the Apple Watch is hoped to have a similar market-altering effect for Apple.

TECH GUIDE’S HANDS ON REVIEW OF THE APPLE WATCH

With wearables a rapidly growing segment in the market, Apple now joins companies like Samsung, Sony and LG who already have smartwatches on sale.

The Apple Watch is an innovative new device that will bring an all-new user experience that is sleek and functional.

It will be available in two sizes – 38mm and 42mm – and three different versions Apple Watch, Apple Watch Sport and the 18-carat Apple Watch Edition.

And rather than just bring the time and throw in notifications, Apple Watch introduces new technologies and features that suit the smaller screen and interface.

The Apple Watch has a digital crown to allow users to zoom into apps and without obstructing the display – a similar interface to the click wheel introduced with the original iPod.

It is also your home button. There is a secondary button below the digital crown to access contacts.

The apps all take advantage of the sapphire crystal display which can sense touch and force to add a new dimension to the user interface.

So it knows the difference between a tap and a press.

The Apple Watch is powered by a proprietary processor and also features sensors on the back panel to monitor your activity.

The device will link wirelessly to your iPhone and provide notification on your wrist as well as running apps.

Users can sense incoming notifications with a subtle vibration on their wrists.

Simply turning the Apple Watch on your wrist to view will bring the notification to the screen.

Replying to messages can be easy with either pre-populated replies, emojies or by dictating your response.

There is also a messaging shorthand that be used between users like sending pictures and taps that will vibrate on the other person’s wrist.

You can even send someone your heartbeat with the Apple Watch.

Apple has also developed a new WatchKit development language to allow developers to create and customise apps for the Apple Watch.