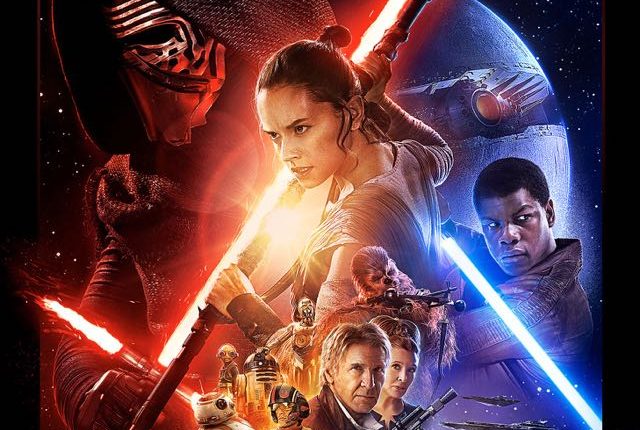 Passionate Star Wars fans are wiping away tears of joy, breaking the internet with their reactions and frantically booking tickets to The Force Awakens after the latest trailer was revealed today.

The two and half minute trailer gives a vivid insight into the movie but yet has managed to keep the closely-guarded a plot a secret.

Most of the new characters are given most screen time in the new trailer but we do see Han Solo and Chewbacca along with Princess Leia.

But there was still no appearance of Luke Skywalker apart from the re-used shot from the teaser trailer where he places his robotic hand on R2D2.

The trailer shows Finn saying he has nothing to fight for. We assume he has left the ranks if the First Order where he was a stormtrooper and joins Rey on the desert planet Jakku.

Next we see Kylo Ren, the villain of the film, vowing “to continue what you started” as he looks over Darth Vader’s melted helmet. Is he a Sith Lord with similar powers as Darth Vader and the Emperor?

Next up Rey, the desert scavenger, says “there are stories about what happened” and we’re assuming she’s talking about the events of the original trilogy and how the Rebellion defeated the Empire.

Then the trailer concludes with a female voice saying: “the Force – it’s calling to you – just let it in.”

But who is it calling to? Is it Finn? He is seem clutching a blue lightsaber (believed to be the same lightsabre Luke Skywalker lost in Empire Strikes Back along with his hand) confronting Kylo Ren who battles with his cross hilt lightsabre.

Today tickets went on sale for the film which opens in cinemas across Australia in December 18.