It’s not every day you get a Hollywood A-Lister at a tech event in Sydney but when the company is Lenovo and one of your product engineers is Ashton Kutcher then it’s not unusual.

The Two and Half Men star was a huge drawcard – there more a lot more people attending than I normally see at a regular tech event.

But this wasn’t a regular event – far from it. In fact, it was a little weird.

There was no product announcement. No presentation about Lenovo’s marketing strategy. No press release.

It was basically a talk by Ashton Kutcher about time being the best resource, asking the right question, the best advice he’s been given, the spirit of entrepreneurship and the tech that we can expect to see.

After I RSVP’d to the event I was directed to print out a ticket with a unique barcode and I had to bring along a photo ID. They even had a security bag check. 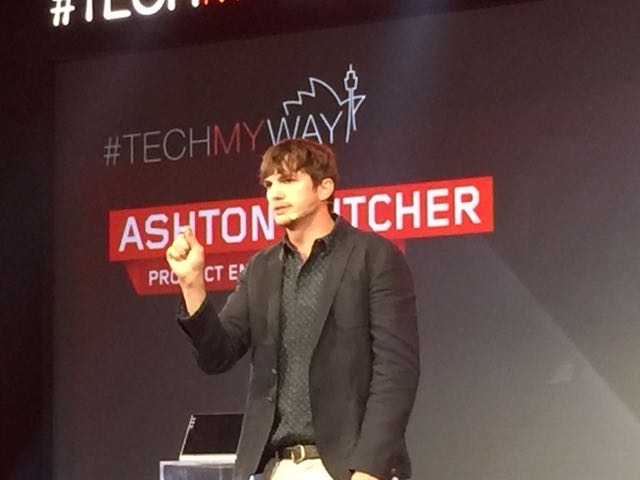 As a curtain raiser they had Marita Cheng, 2012 Young Australian of the Year and founder of RoboGals and Cameron Parker – a company that sells lycra leggings with no traditional advertising but by building a community through social media.

And these were great talks about finding inspiration and the importance of taking a chance with an idea.

But of course everyone was still waiting to hear from the person we all turned up to see – Ashton Kutcher.

I’ll be honest I was expecting something completely different. I thought there might have been a product announcement or something.

No – it was just Ashton. And don’t get me wrong – he’s a very engaging and personable speaker. Don’t forget this is the bloke who played Steve Jobs on the big screen.

He was now doing his best impression of Steve Jobs minus the black turtleneck and New Balance running shoes.

But whenever Steve Jobs was on a stage – he was always talking about Apple’s latest product.

Today Ashton Kutcher was talking about ideas. It was a little philosophical about time being our most precious resource and taking the time to enjoy the good things in life.

There was a bit of levity early on when he mentioned his actress fiancé Mila Kunis. “I get to have sex with her – and it’s great,” he said with a wink.

You can watch the entire session on the YouTube link above (the talk actually starts at about the 40-minute mark). 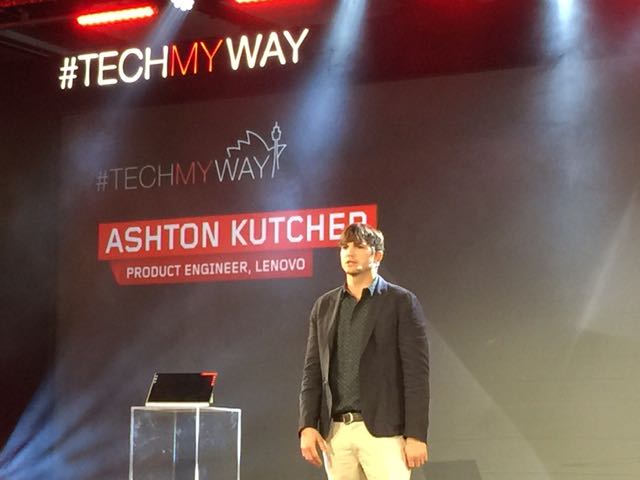 After a few anecdotes he read out some email responses from Hollywood and show business friends like his wife Mila Kunis, Taylor Swift, Chris Rock, Bradley Cooper and Google’s Eric Schmidt about the best advice they’d ever received.

Here were their answers:

Mila Kunis: Don’t let your ego get in the way of asking for help.

Taylor Swift: Keep you hopes high and you expectations low. You are not entitled to anything, but there is nothing that you can’t earn, and most importantly, enthusiasm can protect you from absolutely anything.

Bradley Cooper: Be yourself.

Chris Rock: People that can’t listen, can’t lead. And one of the keys to success is the ability to listen to people that you know you are smarter than.

Eric Schmidt: Always return phone calls. Take the time. If you put good energy out, it comes back. Whenever it is possible, say yes. Life is who you travel with.

Kutcher talked about robots, permissive access to use any screen as our own and improving our vision and hearing with technology and better ways to interact with our devices.

He spoke for 25 minutes and as engaging and interesting as it was it was simply the future of technology according to Ashton Kutcher.

And after a brief eight minute Q & A session – there were only two questions – it was all over.

That’s it. Thanks for coming. Collect your showbag on the way out.

For those wondering, the showbag contained a small Lenovo branded powerbank to recharge your smartphone on the move, a Lenovo-branded stainless steel travel mug and an empty Lenovo-branded 8GB USB drive.

Not your average tech event.  Not by a long shot. But at least I got to see Ashton Kutcher in the flesh talking about my favourite subject.

How to set up two-step verification for your Apple ID