Samsung has released the first 4K Ultra HD Blu-ray player – the UBD K8500 – which is available to buy now from leading Australian retailers to provide an unparalleled home entertainment experience.

And Tech Guide has already take a look at it.

Now customers who have already purchased a 4K Ultra High Definition television can enjoy the full resolution of their TV – which is four times the resolution of Blu-ray – with the new 4K Blu-ray Discs which will hit the market next week.

Twentieth Century Fox Home Entertainment will release hit film The Revenant next week on 4K Ultra HD Blu-ray on the same day as the Blu-ray and DVD release. 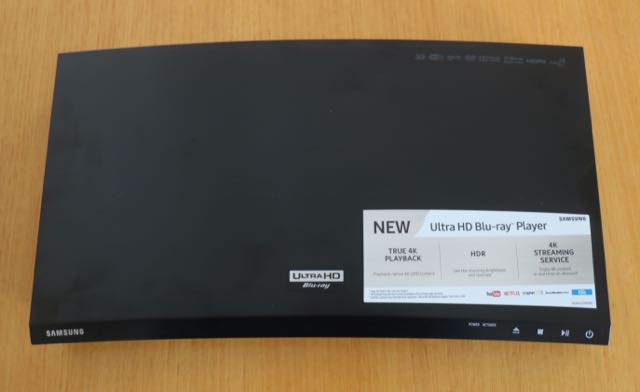 From now on, customers will see both new releases and older favourites in the new 4K disc format.

Priced at $599, the Samsung 4K Ultra HD Blu-ray player has a sleek design with a curved front and back panel that can also suit Samsung’s latest TV range.

The player will deliver native 4K content complete with HDR (high dynamic range) so users can see movies with even higher resolution and more vivid colours as they would in the cinema.

Viewers will enjoy twice the colour range and up to 64 times the colour expressions that you’ll see on a regular Blu-ray Disc player.

It has an onboard octa-core processor and is capable of 60fps ( frames per second) viewing and, on the audio side, 7.1 channel channel Dolby Digital and DTS decoding.

The included remote is small enough to fit in the palm of your hand and is powered with a watch battery so it will run for years before you need to change the battery.

The one downside of the remote is that it is not backlit so the keys are hard to see in the dark while you’re watching your movie.

Of course, the Samsung Ultra 4K Blu-ray player is backwards compatible so it will play your regular Blu-ray Discs and DVDs and even your music CDs.

And when you are playing Blu-rays and DVDs, the UBD K8500 will upscale the content to near 4K quality to look even better.

We played a couple of favourite reference films that we know well – Oblivion starring Tom Cruise and Star Wars: The Force Awakens – and noticed a significant improvement in the resolution and colour reproduction.

The player also has built-in wi-fi or a LAN (local area network) port to connect to your network wirelessly or with a cable.

This means you can stream content located on other network connected devices in your home.

That connectivity means you can also connect to streaming services like Netflix as well. 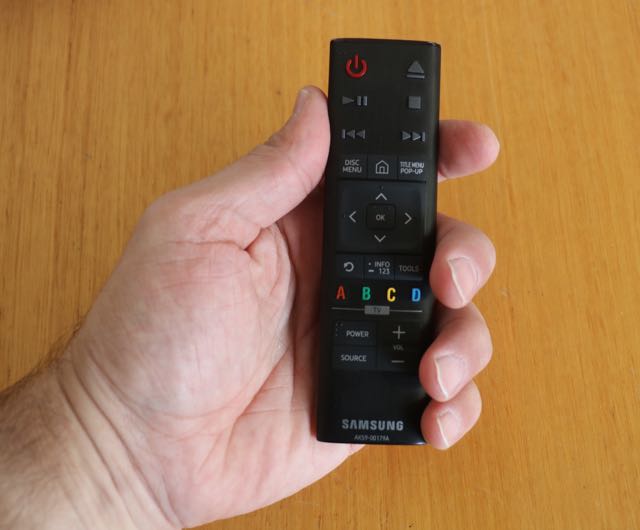 The device is available now for $599 from leading electrical retailers.