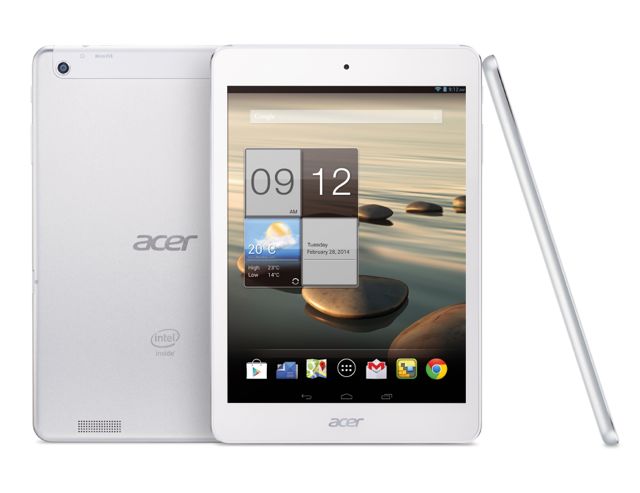 Acer has released two new devices – the Chromebook C720P and the Iconia A1-830 Android tablet – with both designed to connect users on the move.

The Acer C720P is the world’s first Chromebook to feature a touchscreen so users can navigate through the screen while still having a full-size keyboard.

The Acer Iconia A1-830 tablet has a 7.9-inch screen and a premium design and is running the Android 4.2.1 Jelly Bean operating system.

Acer has made some design decisions that will make the Chromebook C720P even easier to use.

The first is the fact the bright 11.6-inch screen is a 10-point multi-touch display to give users access to the Chromebook interface like never before.

The screen has a high definition resolution of 1366 x 768 so websites, apps, games and your own content looks good.

The other design change is with the product’s hinge which has been adapted to allow the screen to be folded back even further to about 145 degrees.

Under the hood the Chromebook C720P has a 16GB SSD (solid state drive) and 2GB RAM with the boot up time of just seven seconds.

The Android tablet is easy to hold in one hand and is ideal for browsing, using apps and as an e-reader.

There are also accessories including the Crunch Keyboard which connects via Bluetooth to the tablet and includes its own cover which folds into a stand to hold the Acer tablet.

Stay tuned to Tech Guide for a complete review of both of the new Acer products.