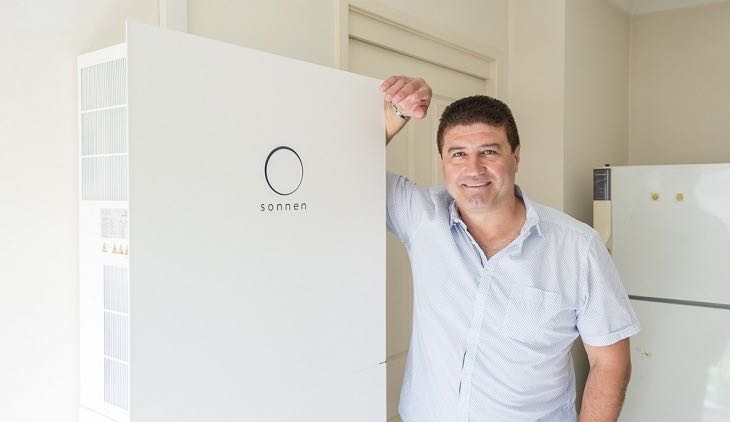 It’s been two years since I went solar with panels and a storage battery in my home. And the investment has paid off handsomely – saving me close to $8000 in electricity and petrol costs in that time.

In October 2017, there were 27 solar panels, a Solar Edge inverter and a 10kW Sonnen battery installed in my two-storey home in the eastern suburbs of Sydney.

Ironically the day I met with Natural Solar – July 1, 2017 – was the same day electricity prices increased by 20 per cent.

What better time could there be to make the jump to solar?

In another fluke of timing I was also in the right place at the right time to take advantage of the new SonnenFlat system that would lead to me having a $0 bill from my electricity company.

In fact, since then I haven’t received another bill from Energy Australia.

I was actually the first SonnenFlat customer in the southern hemisphere.

All customers who sign up to SonnenFlat are all linked. 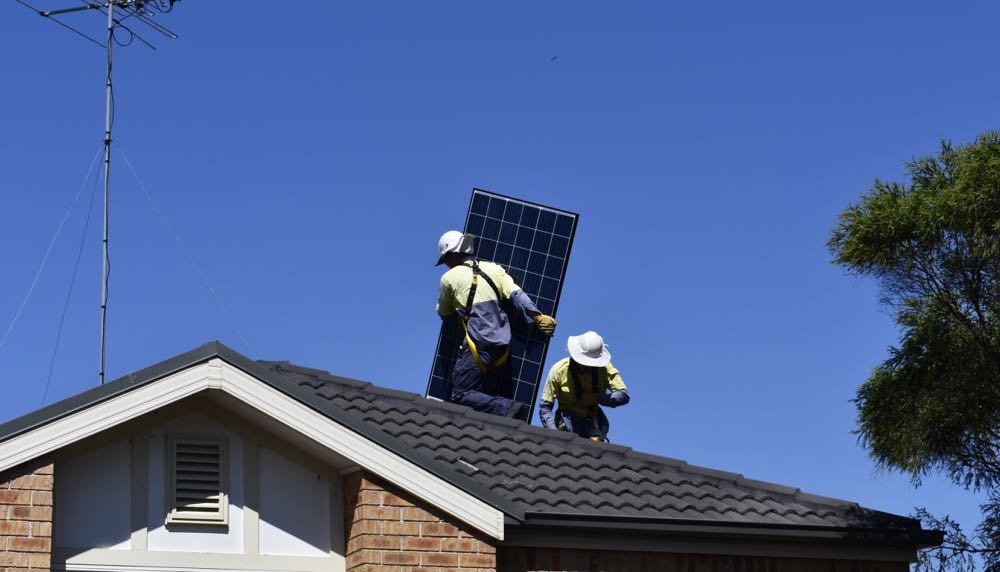 Sonnen (a German company which has built a factory in South Australia to manufacture storage batteries) became my new energy providers.

As SonnenFlat customers we all generate electricity through our panels and store the excess power in our Sonnen batteries.

Now all of the Sonnen batteries – and there are now more than 3,000 of them in Australia are linked.

All SonnenFlat customers form their own tiny part of a smart grid. 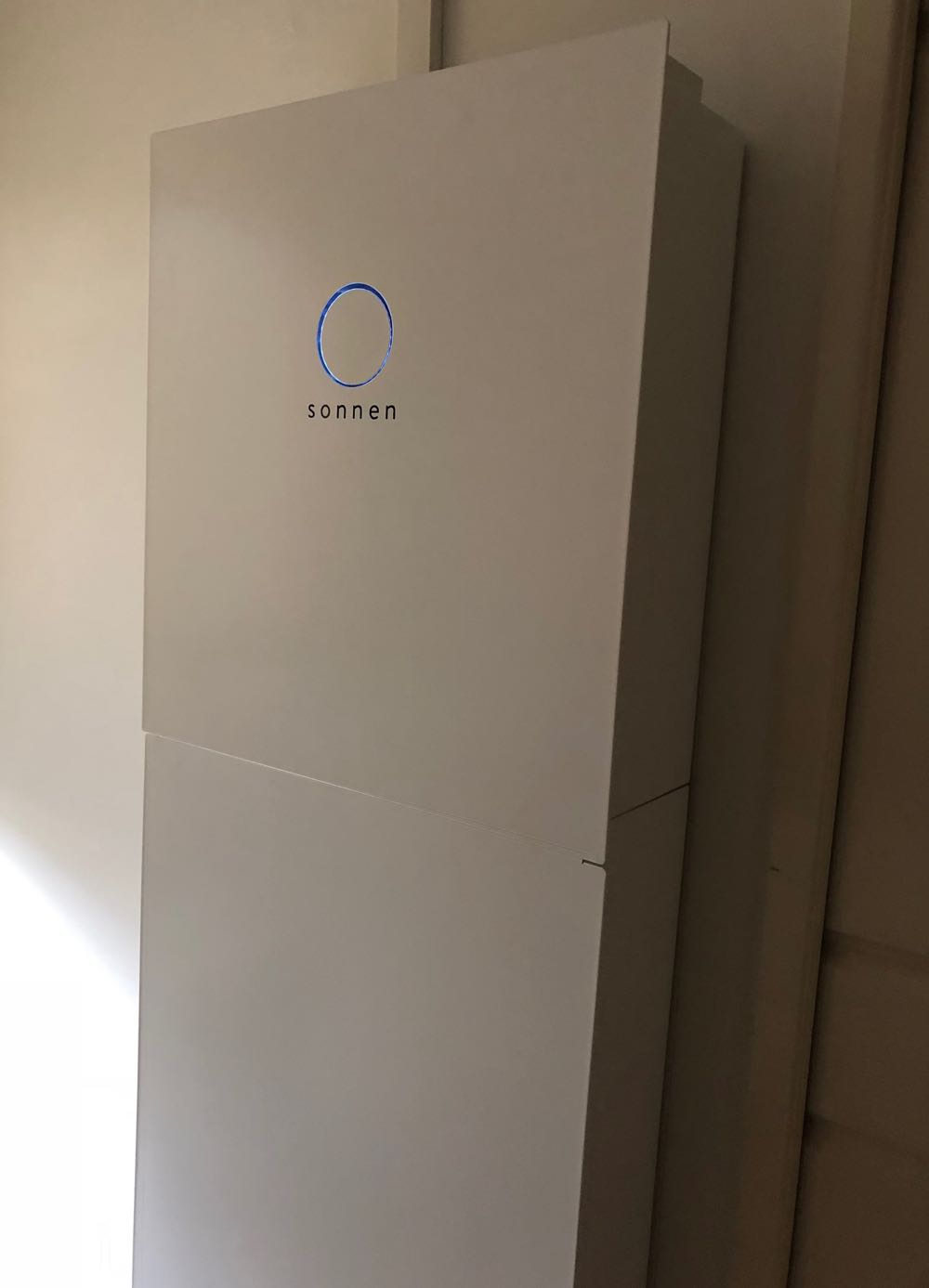 For a flat rate of $40 a month, Sonnen manages the grid and shares the power generated by customers where it is needed.

But, apart from my initial investment, $40 is all I pay for my electricity every month.

I mentioned my initial investment – it was just under $19,000. That’s for all the panels, the inverter, the Sonnen battery and installation.

But I looked at it as an investment in my home and in my family’s future.

That’s about the same amount of money a family would spend on a kitchen or bathroom renovation.

But the big difference here is that a kitchen or bathroom can’t pay you back over time. 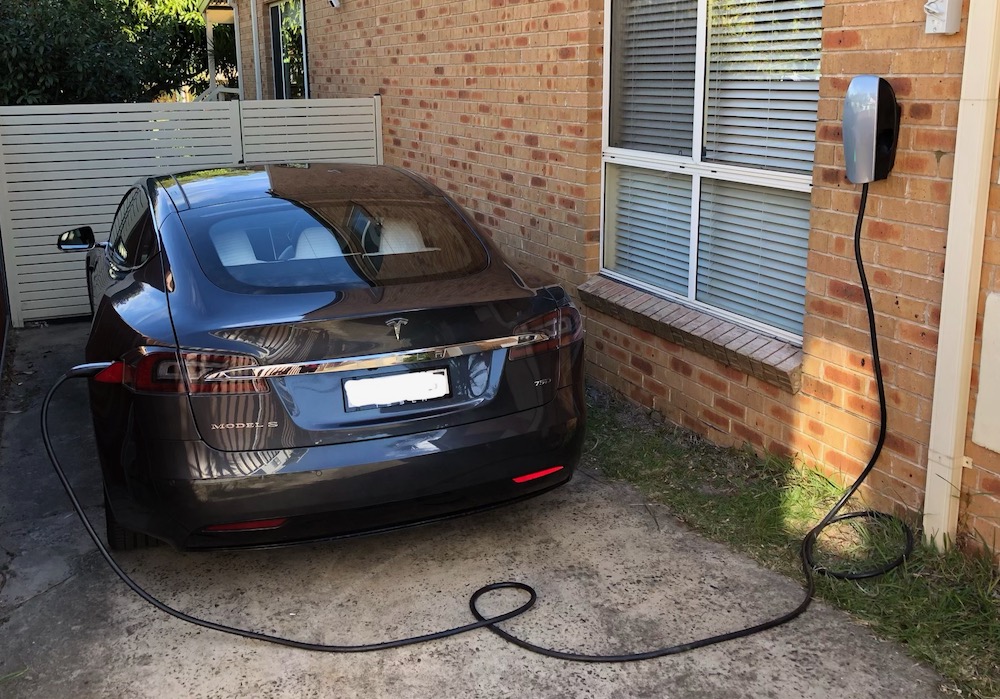 One suggestion, if you don’t have that kind of cash laying around is to redraw on your mortgage and pay it back with the money you save.

My electricity bills were between $3,000 and $3,500 per year. And that was based on prices from two years ago – that figure would probably be significantly higher if I was still on the grid.

Now, after installing my solar panels and battery, I’m paying just $480 a year. 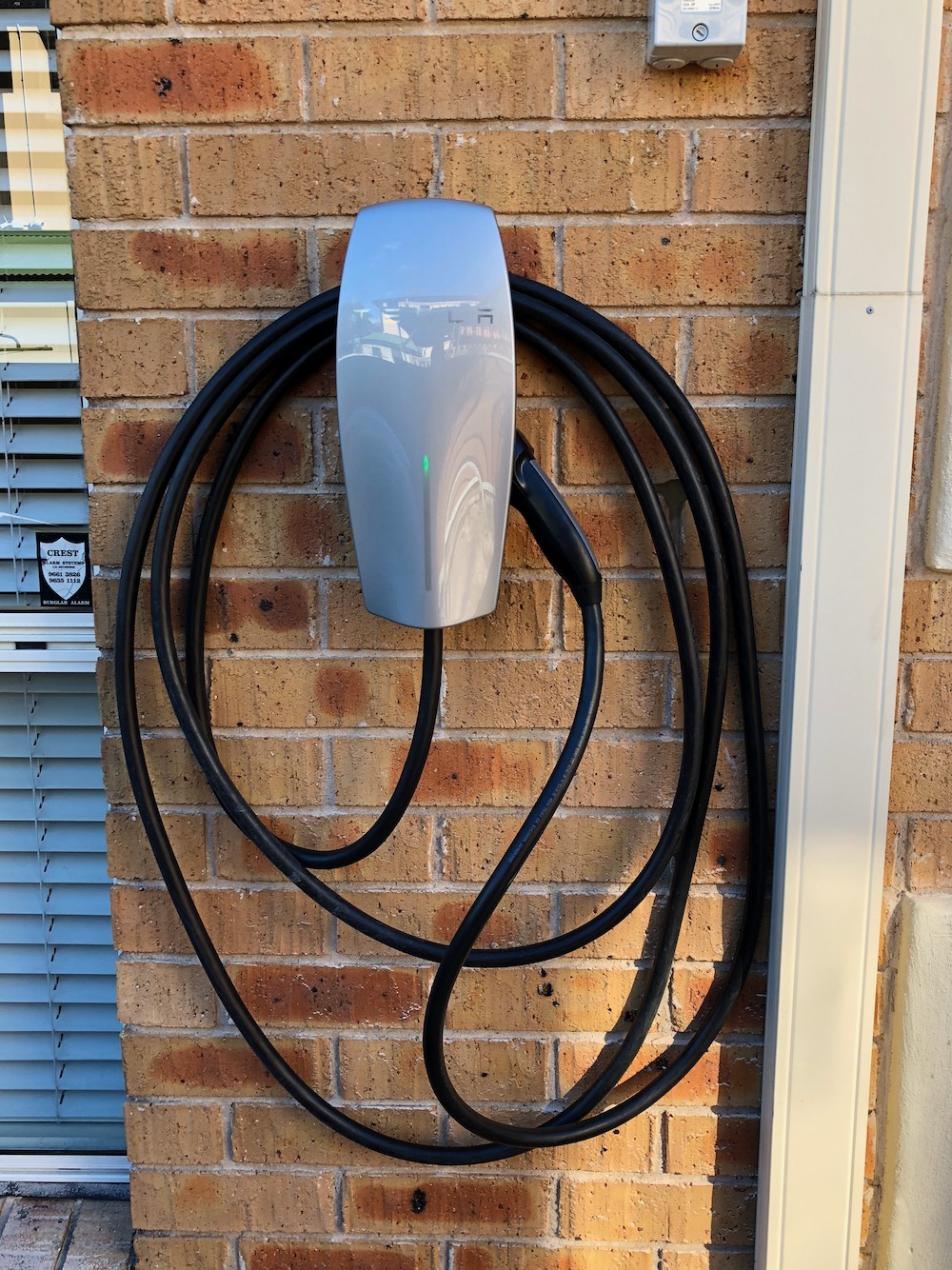 So if you whip out the calculator, I should recoup my investment in five or six years.

And the solar panels and battery have a lifespan of more than 20 years.

But it actually gets even better.

I also decided to buy an electric car – a Tesla Model S to be precise – and half the time I charge it at home through my solar panels and battery.

So now I’m saving on petrol costs as well.

My previous car before the Tesla was a Mercedes-Benz E200 which cost me about $3000 a year in fuel and other running costs. 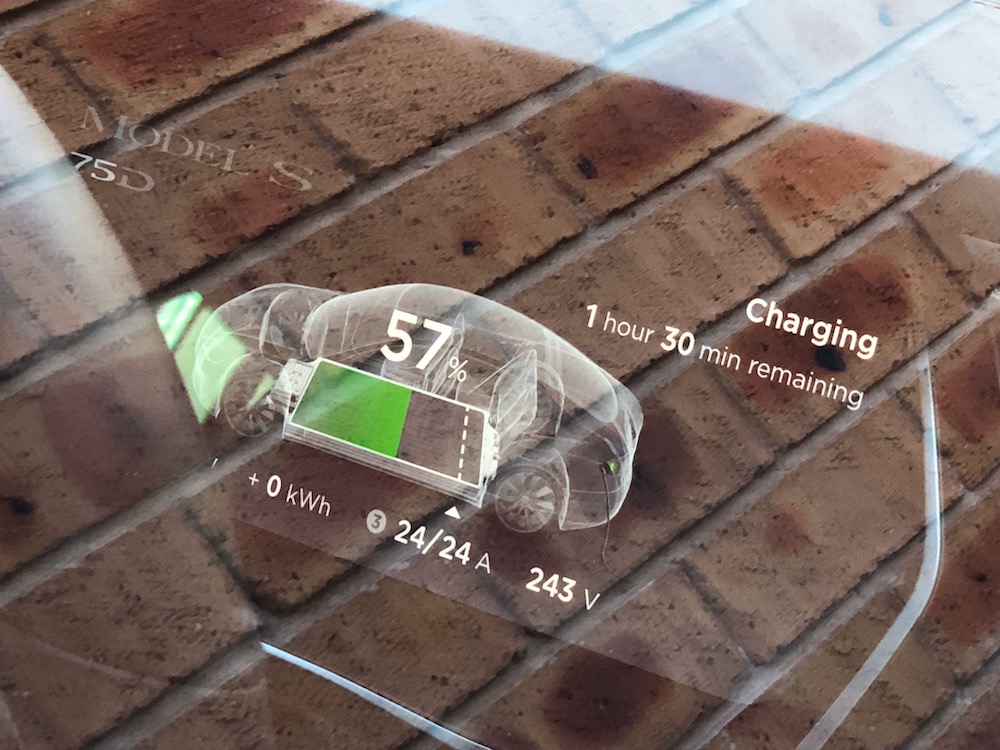 Petrol prices are also on the rise so I’ve also stepped out of that price spiral as well.

So all up my savings are pretty solid between my electricity and fuel costs.

I’ve had my Tesla since May 2018 – seven months after installing my solar system – and in that time have saved close about $2000 in the costs of running my car.

Now throw in the $3000 a year of saving electricity and I’m looking at a saving of almost $8000 in the first two years of ownership.

At this rate my system will pay itself off in less than five years. And I will save more than $70,000 during the life of the system.

And I haven’t even mentioned the environmental benefits as well. That’s gravy on top of the financial savings. 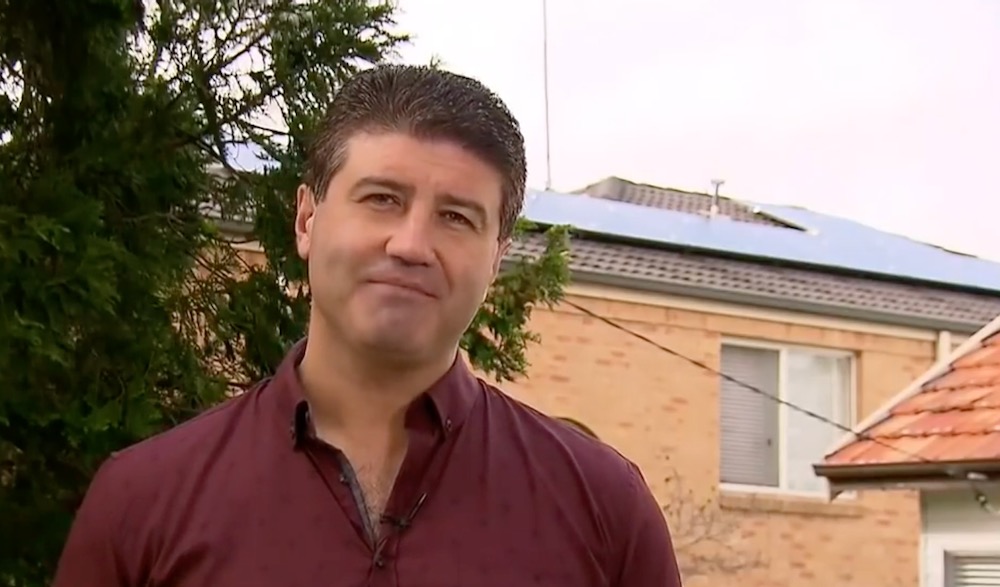 I’m doing my little bit to reduce my emissions and use clean energy to power my home and my car.

The Sonnen battery has really become the heart of our home and it has gone beyond just powering my home with the addition of my electric car to the equation.

The reason I installed the system was so that I could step outside this cycle of price rises and not be at the mercy of the energy companies.

And now that I drive a Tesla, I have also dodged rising petrol prices as well.

I hope I can be an example to others about the possibilities with the exciting solar and battery technologies available to us.