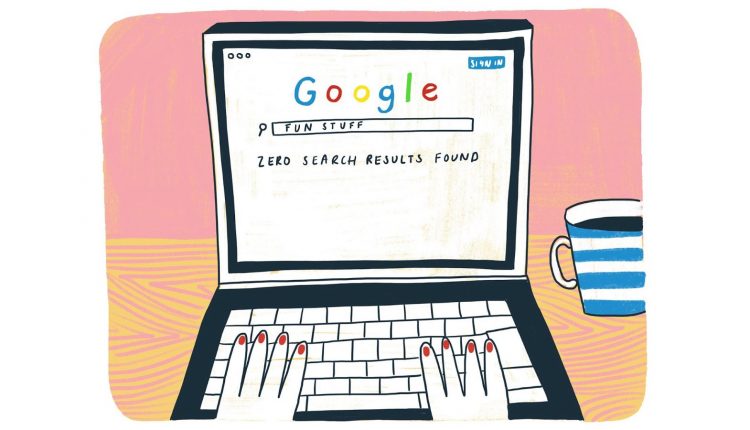 5 Ways to Have Ultimate Fun on the Internet

Internet! As big as it may seem, people can be clueless as to what they can do in it. It is so vast, just like the extensive Netflix libraries, which confuses people so much that they end up wasting their time rather than having fun or doing something productive.

So, we thought, why not mention some of the fun activities you can do while you have the resources of the internet at your disposal. These fun hacks and activities will keep you hooked for long hours, and apart from entertainment, they will be a great source of information for you as well and will be productive for sure.

Following are our favourite 5 ways through which you can have ultimate fun on the internet:

Streaming has become a crucial part of the internet. Everyone wants access to the internet to do what the most? Definitely streaming. Over the course of this year and that of the previous, the average streaming hours per person rose due to Covid. The indefinite lockdown in March 2020 left people clueless as to what they can do with their time. The only form of recreation they had with them was television and the internet.

But praise the internet gods who introduced countless streaming services right at that time and for ScreenBinge to help us find out the installation methods for them all. And the rest is history because that’s what became a crucial part of staying at home. And it was what kept us all sane and was the fun part of our day as well.

Apart from streaming, another major fun factor that people discovered over the internet was learning how to explore the world from the vlogs and channels of various full-time travellers on Youtube and Discovery+, to name a few. They will take you with them on their trips and tell you all the local hacks and favourites so that when you plan for a vacation, you’ll know who’s recommendation to look out for. And trust me when I say this, it is a big rabbit hole; once you press play on a video, there is no going back, and you’ll devour all of them without staring at the clock for even a bit.

Tik Tok recently became a big deal, with people posting videos of their own tried and tested hacks, and surprisingly a lot of them were actually great and did work. Which began a big bandwagon of everyone posing videos of their own hacks and techniques, and a lot of them went pretty viral. These hacks ranged from different tech hacks for Netflix, cooking hacks, home organisations and daily chores etc. And not only that, these videos became a bout of motivation and therapy for some who were struggling to find something to do in their life.

This one is a given. If you have the internet, then online gaming is one of the most fun things there is to do. I believe even more fun than streaming movies, but they go hand in hand; that is why gaming consoles like PlayStation and Xbox have streaming apps available on their system because you can always switch between the two if you need to. You will find numerous gaming sites like the Big Fish and more, which offer various paid and free versions of games for all age groups. Our favourite ones are the mystery-solving ones.

This one of the lots is definitely the most fun, but only if you have enough money to spare. Ordering food, clothes, gadgets, and anything online is a fun and super exciting task. Though the waiting period is dreadful, if you ask us, it’s worth it. And this online shopping experience pulls you in so deep, and you get to see so many new gadgets and things based on your research that even you did now know existed. Plus, it only makes you a suitable buyer, just avoid hoarding or getting used to spending so much just because you enjoy doing it.