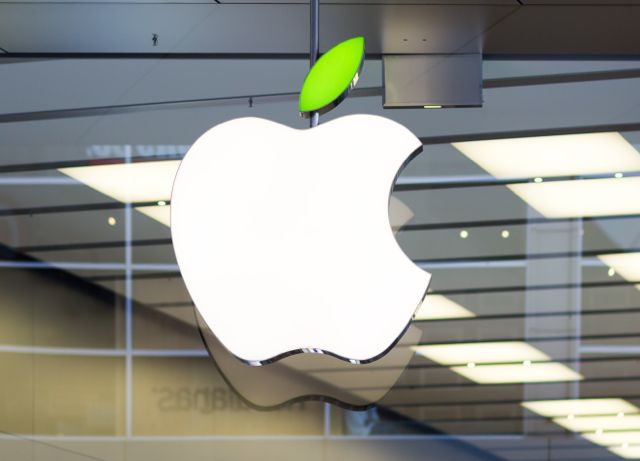 To celebrate Earth Day, Apple its progress toward becoming even more environmentally responsibility and even changed store logos to mark the occasion.

Major Apple Stores around the world were sporting a green leaf at the top of the company’s iconic logo including the George St and Bondi store in Sydney.

There were also major changes to Apple’s environment website which included a new video narrated by company CEO Tim Cook.

Apple’s data centres that run services like Siri, iMessage, Maps, the iTunes Store and the App Store are all powered by 100 per cent renewable energy.

That means every time an app, song or iBook is purchased and when a message or Siri request is sent, it is powered by nature.

Apple is also powering 94 per cent of its global corporate facilities with renewable energy – up from just 35 per cent in 2010.

And 21 of Apple’s Australian stores are also 100 per cent powered by renewable energy.

Apple Stores have also kicked off an all-new recycling program to accept and recycle any old Apple products for free.

In the last 20 years, Apple’s recycling programs have diverted more than 191,000 tonnes of electrical equipment from landfill.

Apple also manufacturers its products without the harmful substances which were commonly used in electronics like lead, arsenic and mercury.

Apple ran several full page ads in newspapers worldwide promoting its environmental responsibility while at the same time having a dig at Samsung – the company across the aisle in many a courtroom battle over alleged design and patent infringements.

The headline in the ad reads: There are some ideas we want every company to copy.